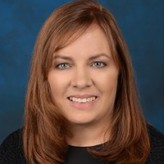 Alison McMahan is a screenwriter, author and filmmaker. Her first book was the award-winning Alice Guy Blaché, Lost Visionary of the Cinema (Bloomsbury 2002), a critical study of the first woman filmmaker. The film rights to this book have been sold for a documentary. She is following that up with a novel about Alice Guy Blaché’s life. McMahan also wrote The Films of Tim Burton: Animating Live Action in Hollywood (Bloomsbury 2005) and a historical mystery novel, The Saffron Crocus (Black Opal Books, 2014), and has a medieval spy novel on submission.

Enemy of the State by Kyle Mills (Vince Flynn)

Evolving the Story  By Alison McMahan “You follow the bad guy and his machinations. The good…

The Scribe of Siena by Melodie Winawer

The Bid by Adrian Magson

Finding Your Calling  By Alison McMahan Like many writers, Adrian Magson hated his day job.…

Between the Lines: David Morrell

By Alison McMahan Most of Jessica Estevao’s family, including her parents, were born and raised in Maine. Estevao has spent most…

Exploring New Worlds  By Alison McMahan When she was nine years old, Leanna Renee Hieber starred in Oliver! The Musical. From…

The Hemingway Thief by Shaun Harris

The Madness of Mercury by Connie De Marco

By Alison McMahan Connie DiMarco is well known for her Soup Lover Mystery series published by Berkley, writing as…

By Alison McMahan It’s been weeks since the last yard brawl, and every one of…

The Girl From Home by Adam Mitzner

By Alison McMahan “It’s about people who feel they consciously have to redeem themselves.” That’s how…

Pegasus Down by Philip Donlay

By Alison McMahan In college, Philip Donlay was once asked to write an article. He…

Into the Fury by Kat Martin

The Necessary Murder of Nonie Blake by Terry Shames

By Alison McMahan Be careful what you tell your hair dresser. Especially if you are a cop. Because while she listens to…