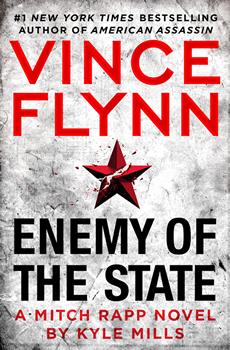 “You follow the bad guy and his machinations. The good guy is only there to put a stop to the bad guy.” This character-oriented definition of the thriller typifies Kyle Mills’ approach to his work.

He’d just written Darkness Falls, which features FBI agent Mark Beamon’s efforts to stop a hydrocarbon-eating bacteria that is threatening to deprive the world of all its oil. After the bio-terror thriller was published, Mills got a call from his agent. Would he be willing to write a Robert Ludlum book?

Mills ended up writing three. “[Writing as Ludlum] was a challenge. Too many other authors had written for Ludlum. There was no consistent voice or style. The series had gone fallow and the publishers wanted a reboot. I tried to make the characters consistent.”

Is it really possible to imitate another writer’s style? “I kept the books very science oriented, and in Ludlum’s style, but not necessarily in his voice. The plots were Ludlum kind of plots, with Ludlum kind of action sequences, and Ludlum kinds of characters. But I didn’t choose the kind of words he would have chosen or construct sentences the way he would have constructed them.”

Mills was then asked to continue the late Vince Flynn’s series featuring Flynn’s CIA action hero, Mitch Rapp. This experience of filling another author’s shoes was quite different. For starters, Flynn and Mills were born the same year, started writing around the same time, and wrote similar types of books. They even look eerily alike. “That’s why I don’t put my picture on the cover,” said Mills.

There the similarities end. Flynn died after a long battle with cancer at the age of 47. Mills had met him once in passing. “Flynn and Brad Thor and Brad Meltzer and I were planning to go on a ski trip together. But we all had young families, busy lives, and it never happened. I’m really sorry for that now. And I was a fan of the Mitch Rapp series, I was sad that it would end.”

Then came another call from his agent. Mills was asked to pitch a Vince Flynn book. “I assume they had other pitches. I did terrible at the interview. I said things like ‘here are some ideas that I have, but that’s not where I’ll go with it.’ I’m amazed they picked me.”

Mills read all of Flynn’s Mitch Rapp books. “The fact that we were the same age made it easier. It was easier for me to see his perspective.”

But once he got to work, the difficulties became more apparent. “Vince was at the top of his game when he died. And he tended to arc stories over multiple books.”

The biggest difference was that Flynn was a pantser. “Vince had written the first two- and-a-half pages of his next book, but there was no outline. There was no box of notes and research and stuff. And those two-and-a-half pages, it was a tough setup. He’d killed the antagonist.”

Mills is a plotter. He spends a lot of time reading and thinking about new concepts, new threats. He writes long, elaborate outlines, putting the ideas in order, taking out the bad ones, continuously expanding. “The outline I’m working on now is already 30,000 words. It will be 40,000 when I’m finished. The novel will be 100,000 words. Of course, once I put the outline into prose form, it diverges.”

It took him 18 months to write the first Flynn book. He had no input from Flynn’s publisher. So with The Survivor, Mills did his best to write “a forgery,” as close to Vince’s style as possible. He kept the two-and-a-half pages that Vince had left, but didn’t put them in the opening.

He sent the first 10 chapters to Flynn’s widow. “She made a few comments, mostly about the lead character, Mitch Rapp. Rapp is really the driver of those books. I had to get him right. He’s an American James Bond, but not so smooth and suave. He’s rough around the edges, drives a Dodge, carries a Glock, wears a leather jacket and jeans. He’s politically conservative and hard charging. He says what he means and gets stuff done.”

ENEMY OF THE STATE is Mills’ third Vince Flynn book. Mills writes them more in his own style now, as he found the “forgery” approach unsustainable.

The Mitch Rapp character is evolving too. “I wanted to give fans a different perspective on Mitch. Vince never heard of ISIS. He didn’t live to see the resurgence of Putin. But thrillers have to have a ripped-from-the-headlines feeling. So Rapp has to evolve.”

Mills decided to throw Rapp different kinds of challenges, both personal (there’s a new woman who might finally be his match) and professional. In previous books, Rapp has a crack backup team that never lets him down. In Enemy of the State, Mills deprived him of that, forcing Rapp to go off the grid and hire a group of mercenaries, including one who was previously his enemy.

Writing for the Vince Flynn brand has become Mills’ career. He’s had an idea for one of his own books that’s been percolating for five years. “But Vince has such a large machine. I have to make sure the books are right, and then I get too busy with promotion. Book tours. Newsletters. Social media. Interacting with fans on Facebook and Twitter. I didn’t even have a Twitter account before this. Vince has a lot of fans.”

The promotional workload is so intense that Mills’ wife left her job to help him with the Vince Flynn social media full time.

At first, Mills was nervous about how Flynn’s fans would see him. “I thought people would be against it. I expected hate mail. But maybe five emails out of thousands were like that. Having a favorite character die is like losing a friend. So I’m happy to do this as long as the fans are happy.”

The number of readers can only go up, as the movie American Assassin, based on the first book in Flynn’s planned prequel trilogy about Mitch Rapp, comes out this fall. “I’d love to complete that trilogy,” said Mills. “But that book would be a historical thriller. In the movie they updated everything.” 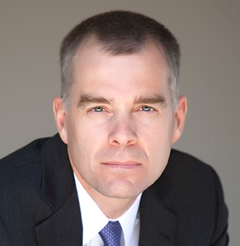 Kyle Mills is the #1 New York Times bestselling author of sixteen political thrillers. He recently took over writing the Mitch Rapp series for the late Vince Flynn and has also contributed books to a series created by Robert Ludlum. Kyle initially found inspiration from his father, the former director of Interpol, and still draws on his contacts in the intelligence community to give his books their realism. Avid outdoor athletes, he and his wife have lived in Jackson Hole, Wyoming, for over twenty years.