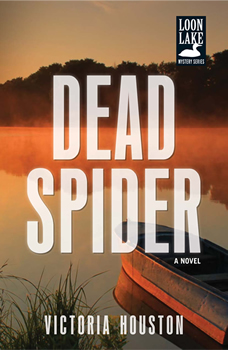 In fact, everyone in Loon Lake is a fishing fanatic, but only Ray “lives in a house trailer painted to resemble a predatory muskie: lurid green scales covering the outside of the little place and capped at one end with a row of gleaming razor-sharp teeth.”

Doc Osborne, deputized to help with forensics, and Ray the playboy fisherman, are the police chief’s murder-solving team. The murder in DEAD SPIDER takes place at a youth fishing tournament. While everyone is watching fireworks, someone walks up to Chuck Pfeiffer, the richest man in Wisconsin, and executes him with a bullet behind the ear.

But Pfeiffer’s murder isn’t the only crime Ferris has to solve: Osborne’s granddaughter is caught in a drug sting. And the local nursing home was robbed; residents lost their money, medications, and their guns.

There’s a lot going on—and Houston handles it with the same professionalism she’s managed to navigate the changing publishing landscape with enviable success. She started with a three-book contract at Berkley Prime Crime. The first book, Dead Creek, set the pattern for the rest of the titles. “Berkley’s marketing called the second book Dead Angler, and the third book Dead Water, even though I had different titles.”

Houston took control of the titling process after that. “I was concerned. I was afraid I’d eventually end up with a title like ‘Dead Duck.’”

Her solution was to search through her catalogues for names of trout flies and fishing lures and add the word ‘dead.’ Often, like DEAD SPIDER, they have nothing to do with the story. “The only exception is Dead Hot Momma. I had a neighbor who loved to read mysteries and had always wanted to read a mystery with that title. So, I wrote one.”

Berkley published the first seven books in the series. “Then they decided to go much cozier, and dropped my series.”

Ben Leroy of Bleak House signed her. “I can’t sell 300,000 copies, the kind of numbers Berkley wants. But I can sell 30,000. I have a strong following in the Midwest, wherever people fish and flyfish. It’s a niche audience, a regional audience.”

Leroy ended up selling Bleak House and started Tyrus Books. Houston published the next few books in the series with Tyrus.

Simon & Schuster acquired the other books in the series, and all are still in print, for which Houston is grateful. “The cozy market is tightening up, but people are still interested in police procedurals. There’s also been a resurgence of interest in the hardboiled detective, the Michael Connelly type of book. Those are staying strong, as are the Scandinavian police procedurals.”

Houston worked on the other side of the publishing equation for years, for Anderson, McNeil and Universal Press Syndicate and their book company.

“They syndicated Doonesbury, Calvin and Hobbes, the Far Side, Dear Abbey, Irma Bombeck. There were some big books in those years [the 70s to the 90s]. What they did was publish a 5,000 print run and make money on it,” she says. “If your publishing group is efficient and tight, with a good editor, copyeditor and proofreaders, and a good production manager, and if you don’t overprint and understand your market, both publisher and author can make money. You don’t have to sell half a million books to make money.”

Houston is a character-driven writer. She builds her characters the way other people build plots, often taking ideas from current events. “I’m a fanatic reader of the daily newspaper. I get the New York Times and the Wall Street Journal in print every day. I get my local paper. I read the Washington Post online. I clip things that catch my eye, and put them in a file.”

When she finishes a book, she takes a month off from writing. That is the only time she allows herself to read books in her genre. “I don’t read them [while I’m writing] because they are too close to the work I’m doing. I’m worried I would inadvertently pick something up.”

She also looks through her files for characters. “Usually by then I have an idea for the murder that will open the next book. Then I mull over who the secondary characters are, what their motivation might be, especially if they are the murderer. Sometimes I’m halfway through the book before I know for sure who did it.”

At that point, she does a two-page synopsis of the story, including naming the killer. She also writes up details about what is going on in the main three character’s lives. “I keep a sketchbook. I make notes and I paste in the news clippings that I like. I divide them up by the characters, especially the bad ones.”

Then she does a timeline. Years ago, an LA screenwriter read her work and advised her to keep the timeline to two weeks or less. Houston found that worked for her and has kept a tight timeline ever since. “The minute you compress action, you have things happening. [It’s easier] to sort out the clues.”

For DEAD SPIDER, she read a story in the New York Times about an art curator and art history professor, who teaches law enforcement and medical professionals how to really look at crime scene pictures and crime scene evidence. “Because people look, but don’t see.”

Houston writes a book every nine months. But that doesn’t stop her from doing other things. Recently she went hiking around New Zealand. “It’s a great place to visit. There’s a lot of fly fishing down there.” 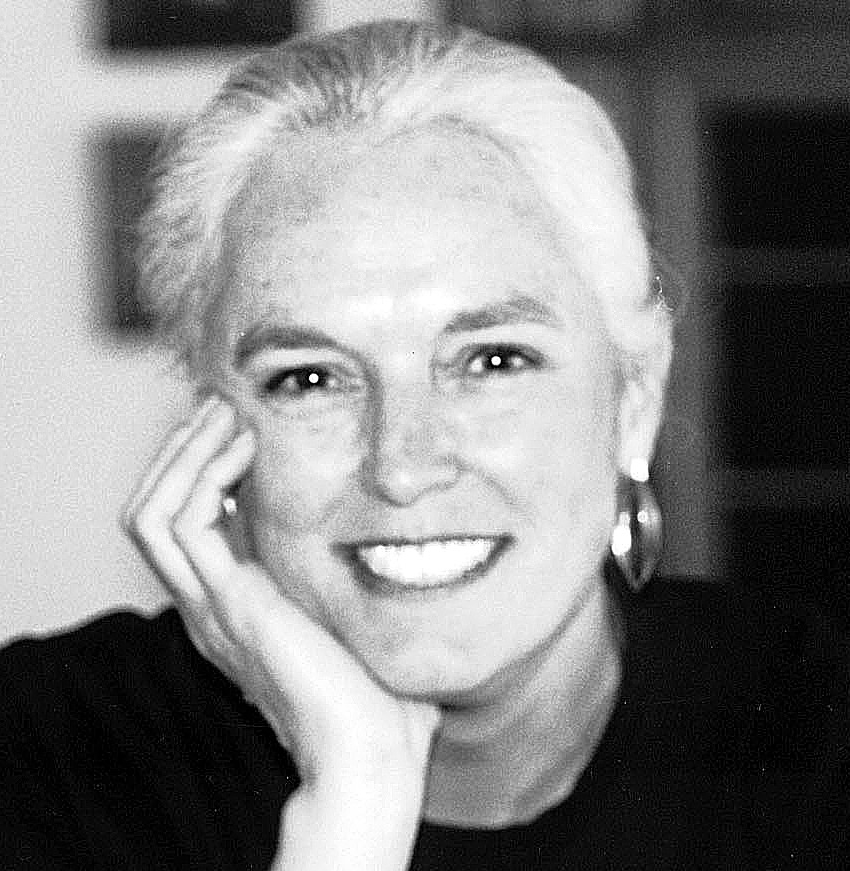 The author of 17 mysteries and 7 non-fiction books, Houston’s mysteries have been featured in the Wall Street Journal and on NPR. In her teens, she was the classic hometown girl who couldn’t wait to leave her small Wisconsin town. She has not only returned to her hometown, Rhinelander, but she has based her popular mystery series on the region’s fishing culture. And she fly fishes!

To learn more about Victoria, please visit her website.