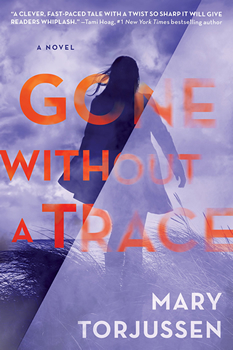 Mary Torjussen’s debut novel, GONE WITHOUT A TRACE is a fascinating exploration of obsession and the narratives we create about our lives. The book is set on the Wirral, near Liverpool, England, a setting with which Torjussen is intimate. But where Torjussen loves to walk by the river with friends and plot her novels, Hannah, her protagonist, seems much more driven. Driven to be named the youngest director in her accounting firm, driven to run every morning before work so as to beat her best friend in a 10k, driven to have—or at least, seem to have—the perfect life. That is, until her boyfriend, Matt, vanishes. Then she’s driven only to find him.

The book is what some would call a domestic thriller and others might call psychological suspense, a story that could most closely be compared with Gone Girl and Girl on a Train. Asked how she would classify it, Torjussen says, “I’d call it domestic noir, where the threat comes from our family and friends, so that our home is no longer a safe haven. It’s such a great genre to write, as it allows me to include subtle threats that mean the character concerned can’t call the police or confide in someone, for fear of being thought crazy.”

Although this is her first book, Torjussen is no stranger to writing. She has an MA in Creative Writing from Liverpool John Moores University and taught in Liverpool for several years. When asked about her writing journey, she says, “I’ve always wanted to write so when my children were in their teens and I suddenly had a lot of free time, I studied an MA in Creative Writing. I wrote two novels, but couldn’t find an agent to represent me. Then the college I was teaching at closed and I decided to use the payout to take a year off work and write a novel that I hoped would sell. Luckily the gamble paid off and GONE WITHOUT A TRACE has now sold in the UK, US and Canada, and in several foreign languages.”

As one might suspect, she’s had a variety of literary influences. Agatha Christie’s novels introduced her to crime fiction at an early age and have been a huge influence on her writing. “I particularly love the way she used twists and cliff hangers to keep me reading through the night,” Torjussen says. “Rebecca by Daphne du Maurier was very influential, too, as—like Matt—we only know Rebecca from other people’s viewpoints. Currently, Liane Moriarty has been a big influence, particularly in the way she deals with secrets and lies.”

GONE WITHOUT A TRACE has an unusual premise, one most of us can identify with, even though we’ve probably never experienced such an extreme example. Where did you get the inspiration for the story?

One night I read a thread on a forum where a young woman had come home to find her boyfriend had left, taking everything he owned with him, including a half-empty jar of pickles from the fridge. I stayed awake for hours that night thinking about what had happened and where he was, and wondering what I’d do in those circumstances. Early the next morning I awoke and thought, “Of course—that’s what’s happened!” and the story was born.

One thing that impressed me was how well you show Hannah’s growing obsession with learning why her lover left in such a drastic manner—by erasing every trace of himself from her life. How did you go about making sure her reactions felt authentic?

Most of us have been through a relationship breakup and have suffered from hearing what our ex is up to afterwards, either from friends and family, or via social media. However, not knowing can be much worse. It’s incredibly frustrating not to know why your life has changed and when the answer appears just out of reach, it can be impossible not to keep on searching. I’m afraid I found it only too easy to imagine how I’d cope in Hannah’s position! Like her, I doubt I’d be able to rest until I knew what had really happened.

Can you share a little of your writing process with us?

Once an idea comes to me, I tend to know the beginning and end of the story immediately. I then like to talk about it with friends before writing anything down. Once I have an idea of the full plot, I write a page per chapter, making notes about what will happen in each scene and how they will begin and end. This means that once I start to write the book, I’m not afraid of the blank page, because I’ve made so many notes.

I write the first draft very quickly and then show it to friends to check the plot works. They are quick to point out weaknesses! Rewriting is where the real work begins, making sure each scene works and developing the characters’ voices.

Finally, when I’m alone in the house, I read the entire book aloud. I love audio books and know how important it is that every sentence sounds right when it’s narrated.

Sounds like all that work paid off. Your first book has been internationally published and highly acclaimed. What advice would you give to aspiring writers who hope for the same kind of success?

Write every day. If your story doesn’t absorb you, abandon it! Don’t take criticism personally, but listen carefully to any advice, especially from professionals. Most importantly, enjoy writing your novel; you’ll spend a long time with it!

Great advice! Before we go, can you give us a glimpse of what’s next? 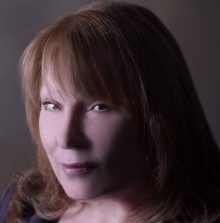 Mary Torjussen lives on the Wirral, across the River Mersey from Liverpool in England and Gone Without a Trace is set there. She worked for many years as a teacher and studied for an MA in Creative Writing at the same time. When she was offered voluntary redundancy she grabbed the chance to spend some time writing and gave herself a year to write a book that would be published. Within eighteen months she had sold rights to Headline in the UK, Berkley in the US, Random House in Germany as well as foreign language rights to France, Russia, Poland, Czech Republic and Slovakia. TV and film rights have been sold to Ecosse.