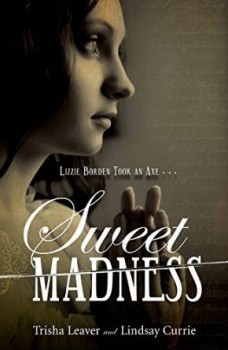 SWEET MADNESS is the fourth book by writing partners Trisha Leaver and Lindsay Currie. It’s a fictionalized re-telling of the Lizzie Borden murders. If “Lizzie Borden” makes you think you know what this is about, think again.

And gave her mother forty whacks.

When she saw what she had done,

She gave her father forty-one.

Read it again, and imagine the lyrics sung to the tune of the vaudeville dance song “Ta-ra-ra Boom De-ay.” Because in 1892, the year of the murders, that’s how they sang it. Watch the YouTube video here.

It came out in the trial that Emma and Lizzie disliked their stepmother, Abby Borden, who had raised them, because their wealthy father had given Mrs. Borden’s sisters a house to live in but Emma and Lizzie hardly even had pin money. This theory usually points to Emma sneaking back into the house to commit the murders and Lizzie covering up for her. Another theory is that Mr. Borden abused Lizzie physically and sexually and she finally snapped. Another theory is that Lizzie and Bridget were having an affair and Abby Borden walked in on them.

All of these scenarios, and the fact that the all-male jury declared Lizzie innocent after only an hour of deliberation, made Lizzie Borden a poster girl for feminists in the 1970s: an abused woman who destroyed her abuser(s) and got away with it because the same patriarchal system that keeps women down is blind to their strength, intelligence, and capacity for rage.

There have been at least nine TV movies or episodes based on the story. At least seven novels. Along with operas, plays, satires, episodes in musicals, and a ballet choreographed by no less than Agnes De Mille herself.

So why write about Lizzie again?

Trisha Leaver grew up in Rhode Island, about twenty minutes away from Falls River, Massachusetts, where the murders took place. As a child she skipped rope to the rhyme and was immersed in the legend.

Four years ago she and her writing partner, Lindsay Currie, noted that there was a resurgence of interest in Lizzie Borden. Not just the school plays and the TV movies, but an online forum where people can chat about all things Lizzie.

What struck Leaver especially is that no one treated it like a cold case; everyone assumed that Lizzie had committed the murders.

“What if what everyone thinks is wrong?” Leaver says. Contemporary young adult fiction is always about misperception. So it was natural to ask: what if what we know about Lizzie Borden is also wrong?”

After some back and forth between the two authors, they decided to write the story from Bridget Sullivan’s point of view.

“No one had ever done that.” Leaver said. “By writing from Bridget’s perspective, we could focus on the plight of the Irish immigrants.” Practically an indentured servant, destined to catch tuberculosis in the textile mills or be mistreated by men such as Andrew Borden, Bridget was just one of many newly arrived Irish in Fall River.

The authors did not have much information to work with, as after the trial Bridget never said another word to anyone about the murders. All they knew was the port she had left from. Because Bridget gave different ages at different times of her life, it’s difficult to even establish her date of birth, which makes it impossible to track her.

So they invented a backstory and a boyfriend for the illiterate Irish maid. In fact, Bridget returned to Ireland after the trial, only to re-appear in Montana years later with a husband she met and married after the axe fell.

“There is a lot of accuracy in the story: the way the house is described, coal over wood, placement of stairs, timing of events, how Abby was hit, what she ate the day before, so an enormous amount of factual information… we read the trial transcripts, did a lot of tedious fact-checking, studied the real estate law of the time [to see how the deals Andrew Borden made  would have worked], and made discoveries about the family tree that led to the idea of a family curse.” Both authors visited the Borden house (now a boarding house that displays costumes used in some of the TV movies) and read contemporary interpretations of the trial.

The authors, who live half a country apart (Leaver lives in Cape Cod and Curry lives in Illinois), hardly get to see each other. They are both pantsers and took turns writing chapters. Even so the rough draft was finished in three months. They labeled the book as historical fiction for young adults, but their agent submitted it as YA horror and their publisher billed it as psychological horror. Now that the book is done, Leaver thinks the most appropriate label is YA psychological horror.

Leaver, who has three children ranging in age from nine to nineteen, says she and Currie hope to get more young adults interested in historical fiction. “Right now they associate it with social studies and history class, which they consider boring. Maybe with more YA historical fiction that attitude will change.” 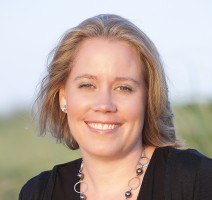 Trisha Leaver lives on Cape Cod with her husband, three children, and one rather disobedient black lab. She is a chronic daydreamer who prefers the cozy confines of her own imagination to the mundane routine of everyday life. She writes Young Adult Contemporary Fiction, Psychological Horror and Science Fiction and is published with FSG/ Macmillan, Flux/Llewellyn and Merit Press.

To learn more about Trisha, please visit her website. 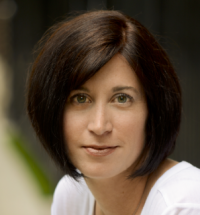 To learn more about Lindsay, please visit her website.