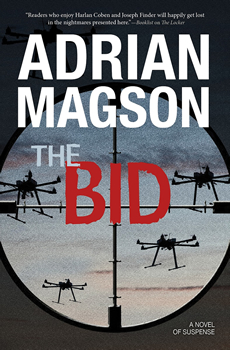 Like many writers, Adrian Magson hated his day job.

Even though his day job was selling wine.

The wine job meant he travelled a lot. A lot of time stuck in airports. But he used the time well: thinking about, and taking notes, for the story he was going to write next. He’s forgotten how many short stories he wrote that way. “It was three or four-hundred stories. I was churning them out at the rate of two or three a week.”

From the very beginning, Magson thought about his potential readers. “Back when I first started, when I was in my late teens, there were few publications where you could sell short fiction for men; some of those publications weren’t the type that my mother would have wanted me to write for. So I wrote for women’s weekly magazines, the kind she liked. I wrote the kind of stories I knew would please her.”

Magson’s goal was to get published and get paid for what he wrote. So he wrote romantic stories, relationship stories, and stories about families, even though it was not his first choice of genre. “I was writing against the grain. The stories weren’t violent, though I did manage to slip in a story set in a Kosovan war zone. But it was still a romance story.”

Those stories were his writing training. The story had to be of a certain type, a certain word count, and done by a certain deadline. “Once you get into a magazine, you have to meet the deadline. Otherwise they will go somewhere else.”

He left the wine trade and went to work in publishing, but kept writing stories.

Completely different kinds of books. “By the time I’d written all those stories, I learned that women were by far the biggest market. Men were secondary. So I wrote a book with a female lead, made her an investigative reporter so she could stick her nose in places others wouldn’t dare, and I teamed her up with a military policeman, for the male reader.”

This became the first book in the Riley Gavin and Frank Palmer series. Magson had envisioned the book as a standalone, but when the publisher asked him if it was part of a series he said, ” ‘Yes, of course.’ I said that like an actor who claims they can ride a horse, whether they can or not.” The series lasted for five books, until the publishing house was sold.

By then Magson had written a spy novel set in France in the 1960s. “My parents had lived in France, and I’d gone to school there. The ’60s are great—no computers or cell phones. Had to go back to basics.”

He also had a spy thriller series, the Harry Tate series. The first book in each series were sold within 24 hours of each other, which meant Magson had to write two books a year for a few years.

Severn House, publisher of the Harry Tate novels, asked him to start another series, something different, to run concurrently with the Harry Tate series. This became the Mark Portman series.

“[The character] Mark Portman is a spy and protector. He holds both UK and US nationalities, to attract readers from both countries.” (The fourth Mark Portman book, Dark Asset, comes out in May 2017.)

So Magson started the Gonzales and Vaslik series with Midnight Ink. “They share equal billing [in the story], though on the job Ruth Gonzales is the senior lead.” Midnight Ink bills the series as “mystery suspense”  thought Magson prefers to call it a thriller. The first book, The Locker, appeared in 2016 and the new book, THE BID, comes out January 2017. “When I start a series, the first book sets the pattern, and then I follow the pattern for five books. This series has two investigators, one British (Gonzales) and one American (Vaslik). I wanted the stories to be investigative-based, not special forces necessarily, though they have a background in the army and homeland protection. Ruth Gonzales is British ex-army, ex-police. She works for Cruxys, a firm that offers insurance to people in dangerous occupations and tries to find them if they disappear.” In THE BID a drone expert is kidnapped and it is up to Gonzales and Vaslik to find him before he is killed—or worse, forced to enable a terrorist attack.

How did a wine salesman and a writer of women’s fiction go from short stories for Women’s Day to spy thrillers?

“My father was a medic in WWII, but I have no military training, or law enforcement experience. But I went to a boarding school run on military lines. We had to learn boxing, how to use weapons, we’d be taken off to military camps. In one camp we even learned how to use plastic explosive. It was a very unusual high school.”

The school, now called the Gordon School, has changed a lot since the ’60s, when Magson studied there. It still has a military ethos but not to the same degree, and it’s co-ed.

Magson still sees himself as writing primarily for women. “In the UK the readership is primarily women. I do a lot of events in bookshops, and it’s predominantly women buying the books.” So his years of writing for women’s magazines has served him well.

Sadly, his mother, who inspired him to write those early stories, didn’t live to see him publish his novels.

Although Magson never took a writing course himself, he has taught writing, and writes a regular column on writing for Writing Magazine in the UK (not the same as the US version: see  www.writers-online.co.uk). He’s compiled some of his teaching in his book Write On! 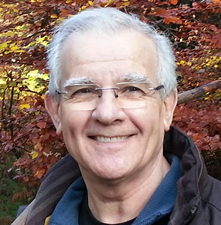 Hailed by the Daily Mail as “a classic crime star in the making”, Adrian Magson is the author of 21 books, the latest of which is The Bid (Midnight Ink), published on January 8, 2017.

This the second book in a new series featuring investigators Ruth Gonzales and Andy Vaslik, after The Locker—Jan 2016—”Magson takes the suburban thriller overseas and gives it a good twist. Readers ……will happily get lost in the nightmare presented here.” (Booklist Reviews)

Adrian also writes the Marc Portman spy thriller series (Severn House), prompting one reviewer to comment: “the most explosive opening chapters I have read in a long time. Give this man a Bond film script to play with!” The next title is this series is Dark Asset (Severn House – spring 2017)