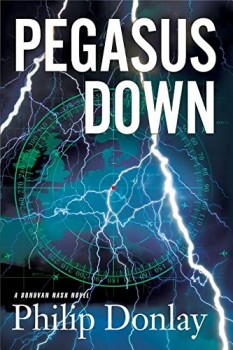 In college, Philip Donlay was once asked to write an article. He got a B on it, which made him angry. He sent the article off to a magazine, then, in the way of freshmen, forgot about it, until a check showed up in the mail.

This experience left him with the idea that writing is easy. Just write something, send it off, and a check shows up in the mail. Because he spent the next few decades flying all kinds of airplanes all over the world, it took him years to learn the truth.

He wrote his first three novels while working as a pilot. It was difficult, but he learned as he went. Oceanview bought his third novel. Donlay has just signed a two-book deal with them for the seventh and eight installment in the Donovan Nash (his pilot hero) series.

He’d always read thrillers, so it seemed natural to write one. And he was passionate about flying. “Most people who write about airplanes write from the point of view of the passengers,” Donlay says. “I drag the reader into the cockpit. Flying is breathtaking, naturally fast. The plane is a character. The weather is critical. There are lots of elements that make it compelling.”

There is a helicopter battle in his new book, PEGASUS DOWN, which had this reader white-knuckling her tablet as she read. It’s the sixth in the Donovan Nash series, but it stands alone perfectly well. Donlay brings a non-flying person into the cockpit, Montero, the kind of former FBI agent who sleeps with her gun and who was once Donovan’s nemesis (Book #3). She is a stand-in for the non-pilot reader who needs flying issues explained. Donlay aims to educate. “There’s a lot going on in an airplane that most passengers don’t know about and don’t see.”

In PEGASUS DOWN Donovan Nash has to rescue his beloved wife, Lauren, a CIA agent, from the middle of Eastern Europe after her mission goes horribly wrong. Within hours he assembles a crack team and a series of airplanes and helicopters, finds childcare for his five-year-old daughter, and is in Eastern Europe looking for his wife. Luckily his wife’s boss can tweak a satellite or two and help him pinpoint where she might be.

“In a thriller we open by blowing something up,” Donlay says. (PEGASUS DOWN opens with an explosion on a Learjet.). “All the cards are on the table. There is no mystery to be solved. Within pages we find out that the contents of this jump drive could alter the Earth. Now the question is, what will the hero do to stop it?”

Donlay alternates between Donovan’s and Lauren’s point of view. Lauren is in pure survival mode. Donovan is focused on technology: the planes, the helicopters, the satellites, the untraceable phones, and the weapons.

Donlay describes the weapons (one of the important secondary characters is an arms dealer) with almost fetishistic love. “Typically my characters are scientists, doing scientific research that puts them in harm’s way,” he says. “Until now I haven’t had much gunplay. But once I brought the weapons dealer into the picture, it’s just as important for me to know what I’m talking about, whether it’s a shotgun or a rifle or a carrypistol. If I don’t write about them at the same level of awareness as I write about airplanes it will show.”

Donlay didn’t know anything about helicopters when he started PEGASUS DOWN. He did a lot of research, which included 30 minutes of helicopter flying time. He also sends his books to fellow pilots for beta reads. His primary audience is thriller readers and other pilots. “I didn’t want the helicopter pilots of the world to roll their eyes.”

He knows his readers don’t have to be pilots to spot errors. “Readers will sit there and read, and if something doesn’t seem right to them, they will ask their smartphone and then they will email me and challenge me on it.”

Since he started with Oceanview, his writing year took on a pattern. He starts thinking about a new book in March. He researches and outlines for three months. “The most important thing is to know the ending, I work backward from there.”

His research includes doing “proof of concept” to make sure that technologically speaking, everything he wants to do works. Logistics — making sure the time frame and the geography makes sense — is part of it. Then he adds the steroids.

In June he goes to Montana and rents a cabin with no TV and limited access to the outside world. Friends and family know to leave him alone. There he writes a first draft, usually in six to twelve seven-day weeks, with daily breaks for fly fishing. “Full immersion in the book really helps the flow of it.”

After the draft is done he goes to Washington State or British Columbia and takes three months to edit the book. He has a virtual assistant who helps him with research and pilot friends who beta read. Apart from that the only other person who sees it is his agent. After he makes those revisions he sends it to his editor. By then it’s January and he starts a three- month book tour for the book he wrote the year before. He does the final round of edits in hotel rooms while on tour.

“When I retired from flying, I didn’t know where I wanted to live. I took off on a six month road trip with a fly rod and a computer. Eight years later I’m still on it.” 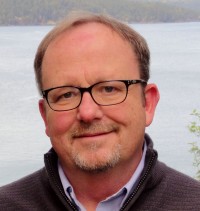 Philip Donlay learned to fly at age seventeen and was first published at eighteen. In the aviation world, success came quickly and he’s been flying jets since he was twenty years old. Whether flying a Saudi sheik, nighttime freight, or executives of a Fortune 500 company, Donlay has logged over six million miles while spanning the globe to forty countries on five continents. Donlay burst onto the literary scene in 2004 with the publication of his first novel, Category Five, followed by Code Black, Zero Separation, Deadly Echoes, Aftershock and Pegasus Down. He divides his time between Montana and the Pacific Northwest.