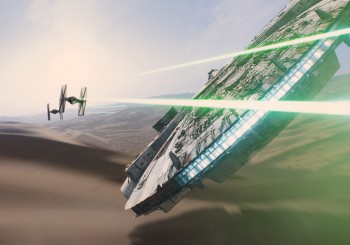 When the Star Wars reboot set box office records with its $238 million release, more than the “force” awakened—the public has expressed renewed interest in space, and it’s spreading throughout the entertainment industry in a big way.

But before authors begin plotting those epic space operas and alien invasions, a few words of caution from the publishing trenches: Star Wars isn’t the “Solo” reason for the revival of off-planet fiction, and hitching a ride on that ship won’t necessarily warp speed you to publication.

In fact, Andy Weir, New York Times best-selling author of the science thriller The Martian, suggests this resurgence is more affected by an upswing in the public’s interest in real-life space programs than in Darth Vader.

“Baby Boomers had the moon landing. Gen Z has the Space Shuttle and the International Space Station. Millennials want something for their generation,” Weir says.

“Obviously Star Wars is a factor—it’s made fiction accessible and relatable for those who may be intimidated by stereotypes—but I don’t think we can ignore the influx of other sci-fi films that have paraded through the cinema lately,” she says. “Interest in space has gone through a renaissance in recent years, championed by the likes of Neil Degrasse Tyson and Commander Chris Hadfield.”

That’s a fact NASA can back up. According to a recent article in The Washington Post, 18,300 individuals answered NASA’s recent call for applicants to its space program—more than double the number of aspiring astronauts in 1978. (It also means you have a .08 percent chance of joining NASA’s next astronaut class—the odds are not in your favor.)

An influx of space-themed manuscripts in editor and literary agent inboxes, however, suggests some authors (and would-be astronauts?) may be trying to fill this black hole with fiction—and not necessarily of the epic space adventure / Star Wars variety. In fact, David Moore, a commissioning editor with Abbadon Books, isn’t convinced Star Wars is much of a factor at all.

“It’s a cultural juggernaut, to be sure, but if anything I think what we’re seeing is a generation of writers, especially women and minority writers, who’d grown up on the ‘new space opera’ of the ’nineties – of Iain M. Banks and Alastair Reynolds – and seen the potential to tell stories important to them,” he says. “Has it shown up in my submissions pile? Definitely. There are certainly still epic-fantasy-but-in-space stories, but I’ve seen a distinct uptick over the past few years in space operas tackling social and cultural issues. Can I get behind it? Damn straight!”

But wait—space operas, science thrillers, and out of this world adventures like Star Wars don’t share the same genre category. Perhaps not, according to science thriller writers who, unlike science-fiction enthusiasts, are very serious about the science aspect—it’s crucial to the plot. The stories themselves are set in the real world and, as with Weir’s The Martian, driven by character.

Lindsay Mealing, an agent with the Emerald City Literacy Agency, says the lines are sometimes blurred for the mass public, who don’t necessarily understand the distinction. “There’s a reason shows like Star Trek and BSG, and movies like Star Wars have huge appeal—adventures in space are exciting,” she says. “They are an escape from reality similar to fantasy, but in a way we feel closer to them because there is a sense of reality in really good science fiction. Authors like William Gibson and Isaac Asimov were not only forward thinkers in their genre, but in science as well.”

Asimov is, of course, a master of the genre, but a stroll through the science thriller and space opera publication galaxy will float you past old favorites such as the Vorksigan Saga by Lois McMaster Bujold, Peter F. Hamilton’s The Night’s Dawn Trilogy, and of course, Frank Herbert’s Dune Series. The problem, as Mealing sees it, is that most of these “best of” lists are old. And with a renewed interest in “space”—regardless of sub genre—it’s an opportunity for authors to catch a ride on a cultural trend—if they do the right homework.

Mealing advises authors to research the elements of the genre to avoid writing that is “rife with groan-worthy dialogue, invincible characters that can do no wrong, over-the-top action scenes that last too long, and technology that doesn’t make sense.” That’s not what she’s looking for. 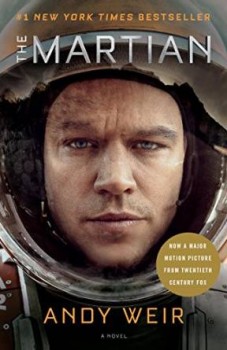 “I want stories that explore the future, whether this is war and the military, artificial intelligence, social intrigue, exploration, or philosophical differences between species,” she says. “I think one of the appeals of space operas and science fiction in general, is that sense of it could be real. If often uses technology we already know and understand, and makes us wonder where the future might take it. It explores the political and social conflicts of today and takes them further, plays them up.”

That’s prime real estate for a thriller writer, Moore says, noting that while ships and aliens can be cool, it’s “space” itself that is the draw.

“Between the vacuum, the cold, the radiation and the lack of gravity, space has so many damn ways to kill you,” he says. “A good writer can use that; make the reader genuinely uncomfortable. I seem to remember a particularly chilling Asimov mystery story in which the murder victims have several days to investigate what happened to them and why as the life support systems gradually fail, and Earth are totally unable to come to their aid.”

More good news for writers who’ve been waiting for just this opportunity, but even with the promise of more Star Wars movies and fiction—such as Chuck Wendig’s Star Wars books and Mark Alpert’s new release, The Orion Plan—how long the public’s interest in space holds is really anyone’s guess.

“We publishers like to act like great prognosticators, but if you asked any one of us to predict The Hunger Games, Fifty Shades, The Martian, we’d have failed,” Moore says. “Sometimes a new movie comes out – or a book goes super-viral – and is followed by a flood of imitators, who all do similarly well for a few years. But sometimes the hit happens, and the imitators come out, and nobody gives a damn about them!”

Okay, maybe not quite the encouragement salivating scribes want to hear, but the cliché holds true—riding a trend is one thing, finding a way to leverage it is another. Author Anne Tibbets, for instance, is hoping that the recent commercial success of The Martian and Star Wars will cast a new spotlight on science fiction as a whole, including all of it’s sub-genres.

“Although I have no current space operas in print, I do have an earth-bound military post-apocalyptic I’ve co-authored under the name Addison Gunn called Extinction Biome: Invasion, which pits the human race against an ancient parasite that’s affected the earth’s ecology and wildlife and launched a war between those humans infected and those who aren’t,” she says. “I’m hoping the increase in fans for space operas will roll over into all sub-genres of science fiction, including post-apocalyptic, space horror, and science fiction romance.”

Industry experts like Mealing and Moore are eager for a similar trickle-down effect, though with a standard cautionary provision about writing to trend.

“Ultimately the advice is don’t write space operas. Write stories about the world – about identity or gender, race or disability, tribalism or faith, whatever it is you want to lift the lid on – and set them in space,” Moore adds. “Like secondary world fantasy, space opera gives you a blank slate, a whole world, a culture—a slew of cultures—to invent and mold. Use that opportunity! Don’t just give us a retread of an old trope, or appropriate a real society (noble warrior space culture! Native American aliens!), design a new, profoundly alien culture, like Leckie’s formal, genderless Radchaai.”

“I’m not a believer in writing toward trend because the moment you finish and revise a good draft, it’ll be years before it hits the market and who knows what will be trending by then,” she says. “But if you currently write space adventure and have books already in print, I would bet the Millennium Falcon you’re going to see an increase in sales for a few years.”