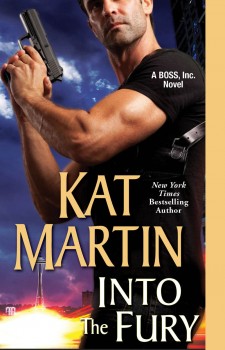 Kat Martin is the New York Times bestselling author of over 70 novels that have been translated into over 20 languages.

After reading her latest novel, INTO THE FURY, the start of a new romantic suspense series, I spent an hour interviewing her, trying to figure out her methods for success. Here’s what I concluded:

Sure she writes all day, that’s a given. Most writers start with the writing first, but Martin only digs in after she’s had her coffee, watched the news, checked her email, and caught up with her readers on social media. She writes 5-6 hours a day, 100 pages a month, two books a year. Year after year.

Most writers do a few drafts, but Martin only does one. Yes, she rewrites, but she rewrites as she goes along, rewriting what she wrote the day before, then starting the new words. She also reviews after every 100 pages. When the 500 page draft is complete, she lets it rest for two weeks, then goes over it again, but it’s ready to be turned in when she finishes the draft.

And she’s been doing this since the late 1980s.

What keeps her going?

First of all, she knows and delivers what and when her editors expect. “When I started, traditional publishing was the only way to go, and it was always clear to me that I had to make a living.” And she always hands in her manuscripts on time. Or even early. “You have to write it. Might as well get it done sooner rather than later.”

Martin got started because her husband wrote and published a book (Her husband is L.J. Martin, author of western, non-fiction, and suspense novels). She started going to conferences with him, which pointed her in the right direction.

Her first books were historical romances; she’s written over 40 in total. She wanted to write contemporary but her editors wanted more historical romance, so she wrote some contemporaries on the side. Kensington bought her first one, The Silent Rose, which is in its 17th printing. It’s a ghost story, based on something that actually happened to herself and husband at a bed and breakfast.

“Part of the challenge of writing contemporary is that you need a strong driving line.” Martin told me. “For most mysteries, the driving line is solving the murder.” In suspense, like INTO THE FURY and Into the Whirlwind, the second book (out in June) in the same series, there is usually one person who is in more and more danger as the story progresses.

In INTO THE FURY Ethan Brodie of Brodie Operations Security Service (BOSS, Inc.) is a bodyguard, bounty hunter and P.I. all in one who has to find the killer(s) who are targeting lingerie models, especially Valentine Hart, who Ethan has to protect but also finds himself falling for. Most of the story takes place in the rarefied world of high-end modeling.

Most of Martin’s romantic suspense novels prioritize the hero’s point of view, although only slightly. “If you actually count the pages in each point of view, the hero and heroine are pretty equal.”

But in the 12 books of her Against series all the men carried the story, which just happens to be her preference. “There is absolutely no rule on whose point of view it has to be in romantic suspense.”

So what’s the secret to having multiple books reach the NY Times Bestseller list? After all, it’s a list with only 15 slots on it. Martin’s last 10 books have made the paperback author list, one after the other. She’s had seven or more books in the top 20 and slightly fewer in the top 15. “Making the NY Times list once doesn’t make much of a difference. You have to be on it again and again for it to make a difference in your sales. That’s what gets you into the bookracks.”

There are three ways to get on the NYTimes Bestseller list, Martin says. “Write a book so unique it just takes off. Or write a book that is made into a movie. Or do what I do. Just pound away, book after book, make sure they are consistently good, solid books. A good story, keep the pace fast, write compelling stuff, and the readers will keep coming back.” 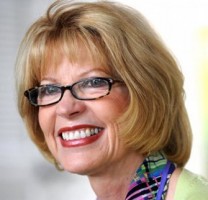 Born in Bakersfield, California, Kat currently resides in Missoula, Montana, on a small ranch in the beautiful Sapphire mountains. Her last 10 books have hit the prestigious New York Times bestseller list. AGAINST THE WILD, AGAINST THE SKY, and AGAINST THE TIDE her latest release, took top ten spots.