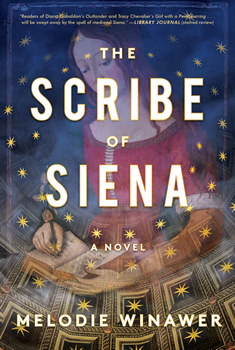 In high school, Melodie Winawer went on a vision quest.  “It was a program called Searchers, like Outward Bound. You learned outdoor skills, then had a three-day solo trip into the woods with nothing but a six by eight piece of plastic, six matches, water, a can, and a reel of fishing line. No food, no watch, nothing to read.”

At the beginning of the quest, Winawer was preoccupied with the things she didn’t have, and thought about how she would enjoy it all when she got back. She didn’t bother looking for food, but decided simply to fast.

This gave her three whole days with nothing to do. “I created crossword puzzles, wrote, and sang, but overall, I found myself to be very dull. I realized that it’s not that the world was boring, but that I was.”

On that second day she let go. “I climbed a tree. I sang out loud. I wrote things I’d never thought of before. I lay down on a patch of ferns. I stopped thinking about the time. The dream told me I was happier where I was than I’d originally thought.”

This experience greatly influenced the emotional journey of the heroine of Winawer’s debut novel, THE SCRIBE OF SIENA. Beatrice Trovato is a successful Italian-American neurosurgeon in New York City. But her beloved brother, Ben, dies suddenly while doing historical research in Siena, Italy. Bereft, Beatrice takes a leave of absence and goes to Siena, where she resolves to complete her brother’s research and solve the historical mystery that he was trying to solve, even though she has not been trained as a historian.

What follows has been described as “Girl with a Pearl Earring meets Outlander.” Beatrice time travels to 14th-century Siena. There she solves a centuries-old mystery and meets Gabriele Accorsi, a handsome, charismatic, and brilliant artist.

Winawer had originally thought to write the book as an epistolary novel. In its final form it is mostly told from Beatrice’s first person perspective. But other voices still make themselves heard through the documents Beatrice reads: the letters, the trial transcripts, even the tax records.

Winawer speaks some Italian, but more importantly, she knows Latin. “[The Siennese version] of Italian is what they spoke at the time. It’s not too different from the modern-day Italian that Beatrice speaks. But all the documents were written in Latin. Fortunately, I studied Latin for five years.” This knowledge of Latin enabled her to read medieval documents which she used as models for creating the documents in the novel.

Beatrice tries to put herself in her brother’s mindset by reading the words he wrote before he died. From there she follows his trail through the documents he read. Her brother was trying to solve a mystery over eight centuries old: why did the Black Plague kill so many more in Siena than in the surrounding communities?

Beatrice wants to solve the mystery for her brother and complete his work.

“Words can pull us out of our heads and into the heads of someone who is long gone.” Winawer believes this so strongly that she only lets her kids watch television for an hour a week. As a result they are big readers. “Book are a way to go to a world and be with those people.”

The works Beatrice reads provide her not just with clues to the mystery, but literally become a bridge between the past and the present, a bridge that transports her to Siena in 1347, just weeks before the plague. There she finds work as a scribe, and she loves it.

The conflict Beatrice feels between her old life as a neurosurgeon and her new life as medieval scribe don’t reflect the author’s conflict. Winawer is a neurologist who combines a medical practice with academic research and teaching. Her research focuses, among other things, on epilepsy, migraine, and genetic epidemiology. Her medical knowledge helped her with the book in surprising ways. One villain is a migraine sufferer. Beatrice and other characters have powerful dreams, visual experiences that are as surreal and beautiful as the images in Gabriele’s frescos. But the dreams, like the words, give the living access to the dead, the present access to the past.

Winawer chose Siena as the setting for her book after traveling there on holiday. “I’m interested in the overlap of our multiple pasts. I don’t want to be stuck in one time, either in real life or in my novels. In Siena you can feel the juxtaposition between the present and the past. The past is a living thing, their medieval tradition like the Palio (a bi-yearly horse race in Siena) are fully alive. It’s a place, like Brigadoon, where you can drift out of your own time and into another.”

Winawer doesn’t have to go to Siena to experience it, though. She has made friends with Crystal King, the author of Feast of Sorrow, who organizes medieval food events. Winawer and King are co-promoting their books with a series of medieval banquets in New York. So if you’re there, try the lasagna, made without tomatoes or eggplant, which, after all, weren’t known to Europeans in the 14th century.

Melodie Winawer is a physician-scientist and Associate Professor of Neurology at Columbia University. A graduate of Yale University, the University of Pennsylvania, and Columbia University with degrees in biological psychology, medicine, and epidemiology, she has published over fifty nonfiction articles and book chapters. She is fluent in Spanish and French, literate in Latin, and has a passable knowledge of Italian. Dr. Winawer lives with her spouse and their three young children in Brooklyn, New York. The Scribe of Siena is her first novel.

To learn more about Melodie, please visit her website.

Murder During the Chicago World's Fair by R. Barri Flowers