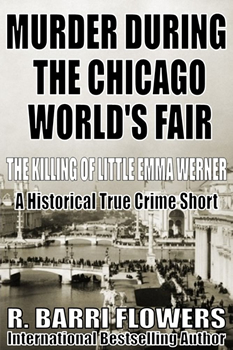 On Tuesday, May 9, 1893, seven-year-old Emma Werner was the victim of a brutal and lethal attack in Chicago, Illinois. The dreadful murder came at the start of the city’s much ballyhooed 1893 World’s Columbian Exposition, also known as the Chicago World’s Fair. It coincided with the heinous crimes of ruthless serial killer Herman Webster Mudgett, who built a hotel called the World’s Fair Hotel to house and profit from the Fair visitors needing a place to stay. The hotel was a death trap for unsuspecting, mostly female, guests and employees alike.

Emma’s killer was twenty-one-year-old George Craig, who worked as a painter at the World’s Fair. By the time the Fair was over, the mayor of Chicago, Carter Harrison, would be assassinated by Patrick Eugene Prendergast, a disgruntled newspaper worker. And before the shocking final disposition to the murder of Emma Werner could come to pass nearly four years later, Craig and Prendergast would cross paths in jail, Mudgett and Prendergast would be executed, and Craig would be set free in what many saw as an unbelievable miscarriage of justice and misguided sense of compassion for the cold-blooded child killer.

The tragic tale of Emma Werner’s short life and its chilling convergence with other tragedies against the backdrop of the 1893 Chicago World’s Fair is revealed in the pages of this historical trip down memory lane.

A sense of history in exploring the 1893 Chicago World’s Fair through a different lens than previous stories on it and the happenings of the day. Many people are aware of Herman Webster Mudgett, aka H.H. Holmes and the assassination of Chicago Mayor Carter Harrison, in relation to the World’s Fair, but few know about the tragedy of a little girl’s life lost to violence. Fans of historical true crime and Chicago’s history, will find this tale thought-provoking, to say the least.

It goes where no other book has gone before in exploring the brutal murder of seven-year-old Emma Werner in Chicago in 1893, at the start of the World’s Fair, and its eerie connection to the murder of the Chicago mayor and a ruthless serial killer. The story is a must for historians and historical true crime buffs.

It surprised me during the research for the book to discover that the killer of little Emma Werner and assassin of the Chicago mayor Carter Harrison, were cellmates at one point as each awaited their day in court. There were other interesting things that came to light over the course of the Fair that many readers will find interesting when reading this story.

MURDER DURING THE CHICAGO WORLD’S FAIR will take the reader well back in time to an era that was full of hope for the future, but with many of the same problems of the present, with respect to criminality, human nature, and both justice and injustice. 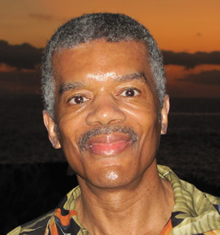 R. Barri Flowers is an award winning criminologist and bestselling author of more than one hundred books, including true crime, criminology, thriller fiction, and young adult mysteries. True crime titles include Serial Killers and Prostitutes, The Sex Slave Murders 1, 2, and 3, The Pickaxe Killers, Murder at the Pencil Factory, Murder of the Banker’s Daughter, Killers of the Lonely Hearts, Dead at the Saddleworth Moor, and Serial Killers and Prostitutes.