Diving In and Going Deep 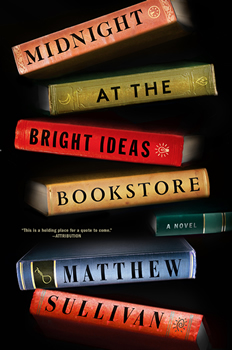 How to start an article for The Big Thrill? Let me count the ways…

On second thoughts, scratch that. I’m doing what Matthew Sullivan, experienced writing contest judge and writing teacher, sees as a common slip in the unsuccessful entries he reads. “It’s something I’ve heard called ‘throat clearing,’ “ he says. “Where a writer starts off by stacking up all the ingredients for the story without actually diving into the story.”

Okay— I should just dive into this this particular story. And the story is that Sullivan’s debut, MIDNIGHT AT THE BRIGHT IDEAS BOOKSTORE, is one of the most original and engrossing thrillers I have read in a very long time.

The book opens with Lydia Smith, a sales clerk at the Bright Ideas bookstore, an independent store staffed by eccentric individuals and populated by a stream of regular book buyers as well as the BookFrogs. BookFrogs are the lost and lonely regulars who frequent the store, looking for shelter and solace amongst the shelves. Lydia’s life is ordered, controlled, careful. Then Sullivan follows his own advice: “Drama is primarily about conflict, so stories that open in a moment of pure urgency seem to have a leg up.”

Sullivan at home with his books … and with Ernie!

Dramatic urgency it is. Within three pages, Lydia discovers the body of Joey Molina, a young BookFrog who seemed especially vulnerable. He has hanged himself in the store. In Joey’s pocket, Lydia finds a photo of herself as a child. It would be impossible to describe much more about the plot without giving away spoilers. It is enough to say that the young Lydia had escaped clutches of the Hammerman, a murderer responsible for three brutal slayings and who has never been caught.

But forget any notion of the Hammerman as being a hackneyed serial killer trope. MIDNIGHT AT THE BRIGHT IDEAS BOOKSTORE superbly straddles both mystery and literary fiction, something which Sullivan intended. “I wanted to write something that I would want to read, which ideally is a hybrid of both literary and genre fiction. I love mysteries, but I also read an equal amount of non-genre ‘literary’ novels, and I find that I’m drawn to the best aspects of both. As a reader, it usually drives me nuts when literary fiction turns into navel-gazing, where all the attention is on character and style and the plot is empty or bland. At the same time, I shy away from genre books that are all plot, and rely on cliché characters or uninspired language. They just don’t move me.” 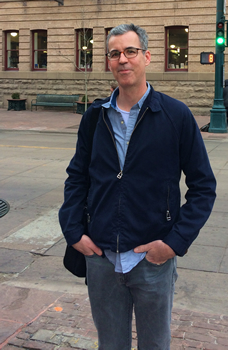 There is much in this book to move the reader, without even a grain of sentimentality. There is also much to terrify, in an utterly convincing way. I read some of Lydia’s flashbacks from behind my own fingers (no mean task), yet there is nothing gratuitous in Sullivan’s writing.

A large part of the dramatic tension is through his utterly believable characters. Through them, this book really takes hold of the reader and refuses to let go. Sullivan says that a lot of his character development doesn’t even happen when he’s at his desk. “One of the great pleasures of writing for me is discovery, so I’m always open to the direction that the characters or story heads. I actually do a lot of character development while I’m on bike rides or tossing-and-turning in the middle of the night. I’m constantly thinking about characters and noting little tidbits of their personalities, so when I sit down at the computer to actually write, I often have a pretty clear sense of who they are.”

While he might have that clarity about who’s in his novel, there is also the issue of a brilliantly crafted plot to deal with. It was refreshing to hear that this was a real challenge for Sullivan, who was at that time an unpublished novelist.  “I spent three or four years writing the first draft, and another three or four years rewriting it, with lots of drawer time and rejection in between.” 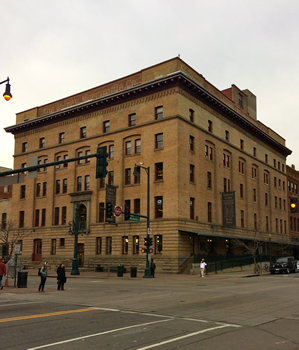 The Tattered Cover Book Store in Denver, where Sullivan worked.

The book at one point was pushing 600-pages, so Sullivan took out the scythe. It worked. “I really think that the process of cutting like crazy helped boil the plot down to its essentials and see connections that weren’t obvious when it was more sprawling.”

Finally, came The Call. “The call from my editor at Scribner, John Glynn, was phenomenal, in part because as he talked about the book I could tell he really understood what I was setting out to do, and he wanted to help me get it there. I was over the moon.” That editorial help is something that Sullivan treasures. “I was lucky to get some excellent feedback on the plot from my editor, as well as my agent and my wife. These outside voices helped me to see aspects of the story that I hadn’t seen myself.”

One aspect of the story that he could always see, as the reader can too, is its locations: the bookshop, in Denver, Colorado. Sullivan acknowledges that sense of place features heavily in his work, that it becomes almost a character in its own right. “A lot of my writing is set in places where I used to live but don’t anymore, and that distance turns it into something larger than life. Maybe it’s pure nostalgia. This time I may have felt even more invested in the setting because I think of Colorado as my home, though I haven’t lived there in almost 20 years. I grew up there, left for a while and returned, and still go back often to visit family and friends. And Tattered Cover Book Store is a special place for anyone who walks in those doors. The years I spent working between the shelves there were among the most amazing, definitive years of my life, so I wanted to pay homage to it.”

As writing judge and teacher Sullivan becomes a debut novelist, I wondered what is coming next. “I’m working on a new novel,” he says. “A literary mystery set in a strange small town that I’m really excited to explore.”

And if he could choose just one lesson for aspiring writers, those who have yet to debut? Sullivan doesn’t hesitate. “I think that honesty in storytelling comes through to the reader. Tell your own story—and do it with persistence.” 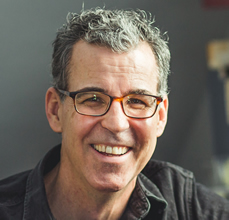 Matthew Sullivan grew up in a family of eight children in suburban Denver, Colorado. He received his B.A. from the University of San Francisco, his M.F.A. from the University of Idaho, and has been a resident writer at Yaddo, Centrum, and the Vermont Studio Center. His writing has been nominated for the Pushcart Prize and other awards, and has won the Florida Review Editor’s Prize and the Robert Olen Butler Fiction Prize. In addition to working for years at The Tattered Cover Bookstore in Denver and at Brookline Booksmith in Boston, he has taught writing and literature at colleges in Boston, Idaho, and Poland, and currently teaches writing, literature, and film at Big Bend Community College in the high desert of Washington State. He is married to a librarian, Libby, and has two children and a scruffy dog named Ernie.