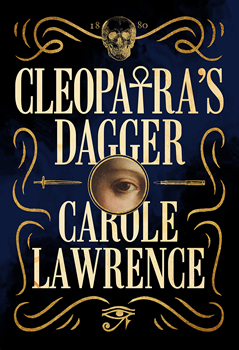 Fans of historical mysteries will need no introduction to Carole Lawrence. Her Detective Inspector Ian Hamilton novels set in 1880s Edinburgh have gained her a wide and loyal readership who have loved Hamilton’s crime-solving in that city’s murky underbelly.

For her latest release, CLEOPATRA’S DAGGER, Lawrence has stayed in 1880, but thereafter the similarities end. Her new sleuth, the young Elizabeth van den Broek, is a journalist, not a police officer. And Elizabeth is treading different cobbles to Ian Hamilton, because Carole Lawrence has come home to New York City.

It’s a gripping read that intrigues from the start. Elizabeth, the only female reporter at the city’s most popular newspaper, has been expected to stick to the respectability of the society pages. But events take a macabre turn when she visits the intended site of an Egyptian obelisk–Cleopatra’s Needle–in Central Park and finds a woman’s body wrapped like a mummy in the freshly dug hole.

Her reporter’s instincts have her follow the investigation into New York’s most deprived and depraved corners. Yet the killer is only getting started. More bodies are discovered, each tied to Egyptian lore. The tension ratchets up as terror grips the city and grips Elizabeth, too—the killer is after her next. 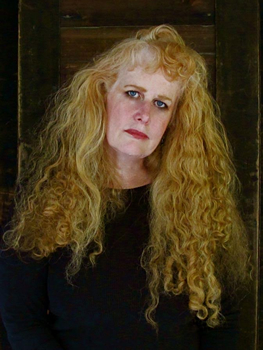 While the mystery behind the Ancient Egyptian-themed murders keeps the pages turning right to the end, it’s easy for the reader to engage with Elizabeth, a likable and courageous heroine who must push all sorts of boundaries and face major challenges, both personal and professional.

Lawrence says that “Elizabeth is who I’d like to be. She is much more mature than I was at that age.” They do have an attitude in common, though. “At the moment I’m recovering from a sledding accident in which I broke and dislocated my ankle slamming into a fence in Central Park. I’m not sure recklessness and courage are the same thing, but I think Elizabeth and I both feel we have something to prove. And then sometimes I think I’m just an idiot.”

Something else that Lawrence shares with the fictional Elizabeth is a fascination with and for New York.  Lawrence’s 1880 city lives and breathes in all its smoky and filthy glory, thanks to her attention to research.

She hadn’t quite reckoned on just how much research would be involved, however. When her publisher asked her to write a new series, Lawrence decided to set it in New York, where she lives. “I thought the research would be easier than it was for the Ian Hamilton Mysteries,” she says. “I love Edinburgh, but I am only a visitor there; I have spent most of my life in New York. And, after all, New York is a fairly young city compared to the ancient Scottish capital, with human settlers there recorded as far back as 8500 BC. Piece of cake, right?” 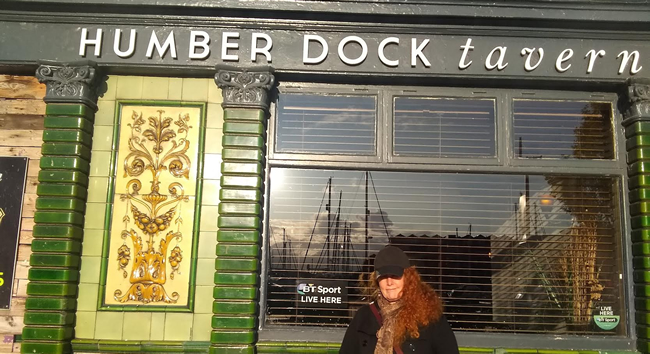 Lawrence at the docks in Hull, Yorkshire, on the way to the theater to see An Inspector Calls

Unfortunately not, as she goes on to explain. “New York’s nickname is The Big Apple, but I call it The Endless Onion. The layers just go deeper and deeper. I could study it for the rest of my life and only scratch the surface of what there is to know. It’s been humbling, not to mention time-consuming. For every hour of writing, I probably did five hours of research.”

While that may have been an enormous time commitment, it was one that Lawrence relished. “There are so many wonderful sources, from online sites, blogs, and collections to the pile of books sitting on my bedside table. I love them all.” She makes special mention of the peerless resources that are the two museums dedicated to the city’s history: “The Museum of the City of New York and The New-York Historical Society (charmingly using the old-fashioned spelling of the city’s name). Fun fact: I once had a student who worked at the Historical Society, and at the time I was writing a musical about Benedict Arnold. He let me hold a letter Arnold wrote in my hands. I have to say, it was kind of mystical.” 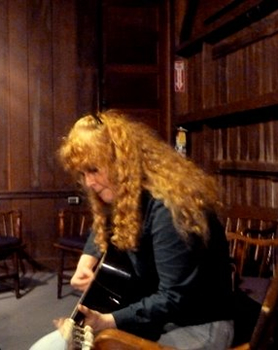 Lawrence’s digging turned up some memorable snippets that have found their way into the book. One is the Statue of Liberty’s hand. “It was on display in Madison Square Park—it’s pretty darn fun, not to mention macabre. It was a fundraising stunt, and it worked!”

As well as her success in writing novels, Lawrence is involved in a number of other artistic pursuits, including teaching creative writing at establishments such as NYU and Gotham Writers Workshop. It would appear that she listens to her own advice. “The thing I tell my students most often is not to be in a hurry. Hemingway was right: writing is rewriting. I don’t even bother to count how many drafts of a story I do; it’s endless. As my man Goethe said, ‘Genius is an endless capacity for taking pains.’ I truly believe that. Writing is a long game. Never be satisfied with anything less than your very best effort.”

Speaking of effort, Lawrence is already immersed in her next projects.

“I just started work on the Elizabeth van den Broek sequel! I don’t have a working title yet. I do have a producer planning to stage Strings Attached, a play I wrote about quantum physics and string theory. (Seems like a departure, but I’ve always been a bit of a science geek.) She’s talking about a production in late summer of this year, so I’m hoping that if it rains, it will indeed pour. Fingers crossed! We’ll post details on my website.”

And Lawrence leaves us with this final teaser for Ian Hamilton fans. “Also, I’ll admit the idea of a crossover book was in the back of my mind . . . I don’t know if Elizabeth would go to Edinburgh or Ian would come to New York, but I like to keep my options open.”