Friend or Foe? No One Knows 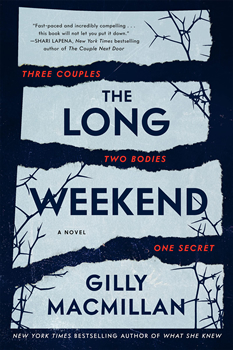 In her newest thriller, THE LONG WEEKEND, bestselling author Gilly Macmillan takes readers deep into the forest of Northumbria, near the border between Scotland and England, with three women whose secrets will undo their lives.

It starts with a mysterious package delivered to Maggie and John Elliott, the owners of Dark Fell Barn, addressed to Jayne, Ruth, and Emily. The Elliotts are to place it on the kitchen table, with a letter leaned against it. Odd, thinks Maggie. Dangerous, thinks John.

It’s supposed to be a couple’s weekend, a quiet escape in the woods, but at the last minute, each of the three husbands postpones his trip. Only the three wives will travel to Dark Fell on Friday, with their husbands scheduled to join them on Saturday.

Jayne is former military, married to Mark—she struggles with PTSD from her role in military intelligence. Ruth is a doctor, married to Toby—she battles life with a six-month-old child and an addiction to alcohol. Emily is new to their group, Paul’s much younger new wife—she doesn’t fit in. The wives don’t understand why their husbands can’t join them until the following day; they are stranded at the Barn during a horrific thunderstorm. 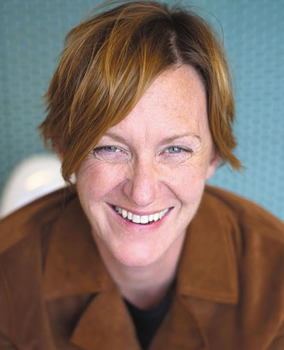 Edie is the driving force of the friend circle; she and the husbands went to college together. But Edie and her daughter, Imogen, have trouble coping with her husband, Rob’s, death in a boating accident.

When Jayne, Ruth, and Emily arrive at Dark Fell, the first thing they see is the package on the table, with the letter in front. It’s a goodbye letter, signed with an “E” so they assume from Edie. She’s going away. And the last line: “By the time you read this, I’ll have killed one of your husbands.”

Without cell reception at the Barn, the women try to figure out a way to contact their husbands. Surely the letter is one of Edie’s inappropriate pranks? But what if it isn’t?

As the story continues, an unknown narrator informs readers they plan to make a new life with Imogen. The body in the trunk of their car is the first step to a new future. Can the women escape from the isolated woods to make sure their husbands are safe? As they work to unravel the mystery, they find their lives are more terrifyingly convoluted than they could have imagined.

Macmillan “never dreamed of being a writer,” but says that “it’s one of the best jobs” she could have. She “hopes readers enjoy the read and find it page-turning. It was a ride to write this one, and I’d love that to come across.”

Here, she chats with The Big Thrill about the idea behind the plot, how to craft twisty thrillers, and how her photography and former life as an art historian informs her writing.

What was your inspiration for the plot in THE LONG WEEKEND? 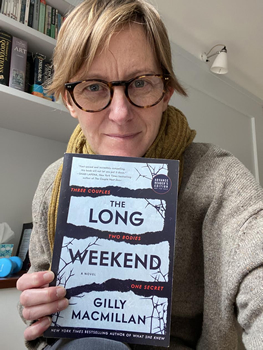 The movie, A Letter to Three Wives, was my primary inspiration. It’s a romantic drama written and directed by Joseph L. Mankiewicz and released in 1949 (which was based on John Klempner’s novel A Letter to Five Wives). In the movie, as the wives depart on a trip, they receive a letter from a friend telling them that by the time they read it, the friend will have run off with one of their husbands. They’re stuck together all day wondering whose husband it is, and each wife has her reasons for thinking it might be hers.

I love the movie, especially the dynamics between the women and their husbands that are revealed in flashbacks. I thought that if I recast it with characters of my own, set it in the modern day, and tweaked the set-up with the letter to make it much darker, it could make a terrific thriller. In my novel, the wives receive a letter that says: “By the time you read this I’ll have killed one of your husbands.”

You are a master of psychological suspense. How do you use secrets, lies, and frenemies to weave such mind-twisting stories? 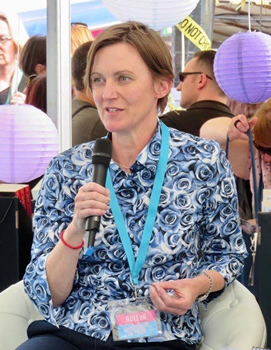 Thriller readers are not just smart, they expect to read twisty stories with characters hiding things. The challenge for me is to stay ahead of the reader as I write, laying out hints and clues, but also making sure not to give too much away. It can sometimes feel like a bit of a tightrope walk.

I have to imagine the reader experience as I craft the novel. What are they expecting? Should I deliver that or subvert it? Those are the questions I ask myself as I’m plotting. I get the main twists down in a first draft, but it’s the second draft where I hone the story and the characters and use some writerly sleight of hand to make sure the twists and reveals are working and that they land well.

Does being a photographer and former art historian inform your novels? 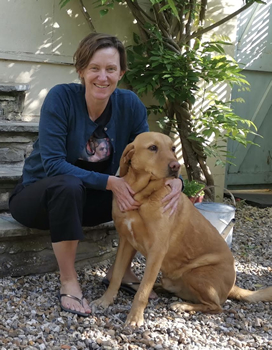 Absolutely. I’m a visual person, so I often see scenes or settings clearly in my head as I write them. I believe studying art history taught me to write because so much of it involves translating what you see in front of you—a painting or sculpture, for example—into words on a page. You must be precise with your language but also know how to bring something alive if you want to do justice to its beauty or its power as an object. It was a great discipline for me even though I didn’t realize I was going to write fiction one day.

Hold your nerve. Hone your craft. Understand the market.