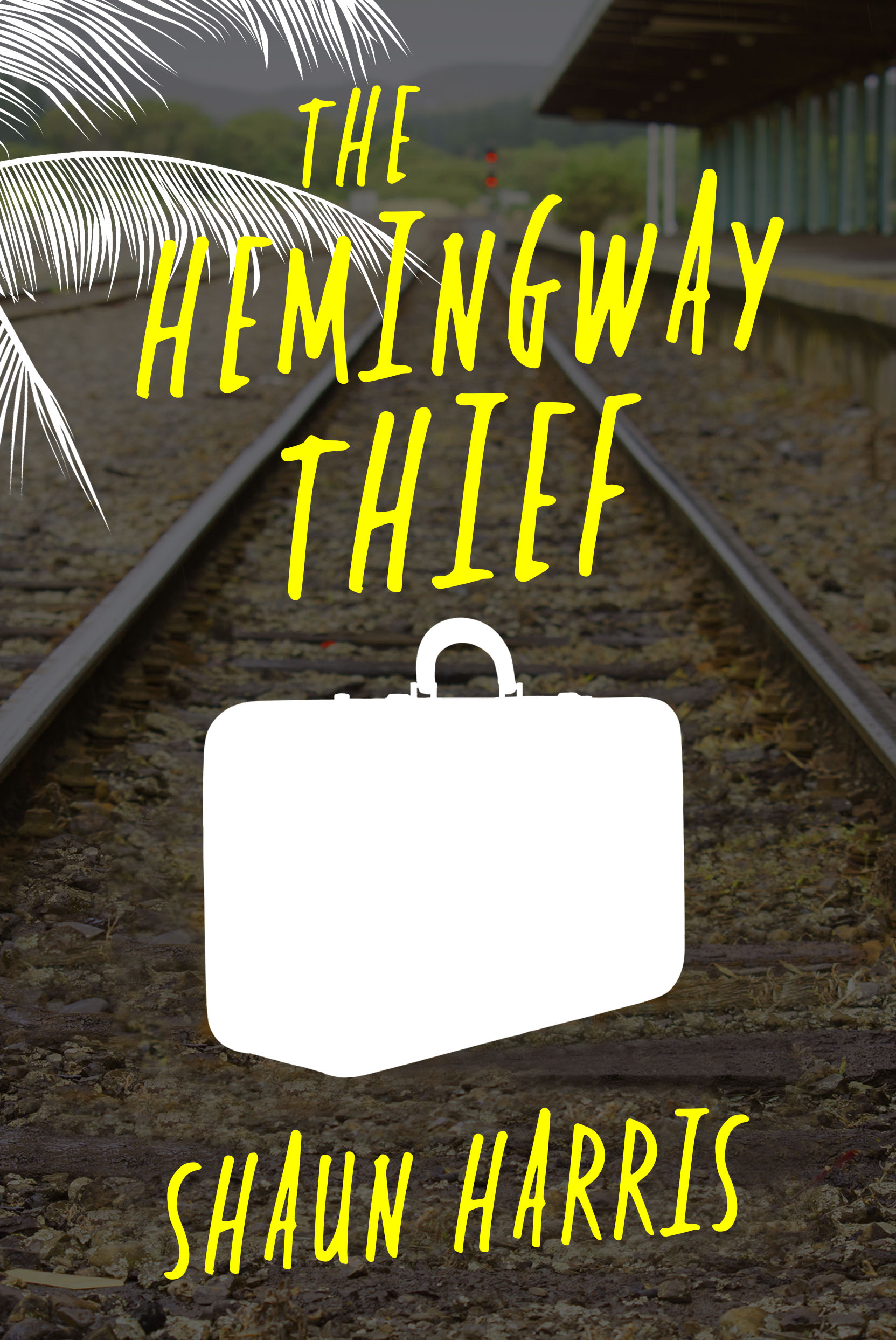 Not that he wanted to do a hit job on Hemingway. “The guy had a lot of issues. People hold him up as this idea of masculinity… He was a PT Barnum type. He recut his Red Cross uniform so that it would look like a military uniform…Selling his writing meant selling himself.”

Harris was inspired to write THE HEMINGWAY THIEF , his debut novel, while watching the movie Wonderboys. Michael Douglas’s character has just lost a huge manuscript, and utters a throw-away line about how Hemingway’s first wife, Hadley, lost a suitcase full of Hemingway’s stories. Harris researched the event: in Paris, 1922, Ernest Hemingway asks his young wife, Hadley, to pack up every last scrap of his work into a single suitcase and join him in Switzerland. While Hadley waited for her train in the Gare de Lyon, the suitcase containing a year’s worth of Hemingway’s stories, vanished, never to be seen again.

Harris’s novel, set in the present day, uses that event as a jumping off point. Henry “Coop” Cooper is a successful writer of vampire romances. He’s got the formula down but he’s sick of it. He’s hidden out in a flea-bag Mexican hotel to find a way to kill his pseudonymous self. Once the press reports his alter-ego’s death, Cooper plans to restart his career writing more great literary books under his real name..

He’s distracted from this plan when he and Doyle, the hotel owner, have to rescue another hotel guest from two goons who are beating him to death. The goons want the Hemingway suitcase, and the young man knows where it is.

The three men travel across the desert in search of the suitcase, in the process up-ending every manly trope we know from adventure novels and movies like Treasures of Sierra Madre and Indiana Jones. “Growing up, Indiana Jones was my hero. I’m afraid of snakes, like him. I wanted to be an archeologist, like him, until I figured out that [what Indy does] is not what archeologists do.”

Cooper is not exactly the cross-the-desert-armed-only-with-alcohol type, but he’s looking for new stories to tell. Harris himself admits to doing things for a good story, just like Hemingway did. “But Hemingway took it too far and started to believe his own press.”

Harris’s dad was a homicide detective and a Vietnam Vet. “He used to say,

The guys who really did something never talked about it. People who do great things, people who are brave, don’t need to tell people about it.”

Harris’s parents didn’t discourage him from writing, but they insisted he have a ‘backup plan.’ He majored in American Studies and Film & Television at Notre Dame. He wanted to write screenplays, but didn’t quite have the courage to move to LA. “I’m very lazy. I don’t have that self-starter gene. And I’m easily distracted.”

After college he worked in the insurance industry, “which was terrible,” then taught at a school for at-risk kids in Chicago. He loved teaching, but when his children came along (son, five, daughter, two) he and his wife decided he would be the one to stay home. “My wife is a doctor. My best advice to writers is, marry a doctor.”

He has no formal writing training. “I taught myself how to write the way you teach yourself how to play guitar. My professors were Stephen King’s On Writing and Strunk & White’s Elements of Style.” He’s glad that, unlike in Hemingway’s case, Stephen King’s early writings are still there for everyone to read. “Talent is the ability to understand where you’ve made a mistake and get better. Even Stephen King wasn’t born great. It’s helpful for other people to see that too.”

For Harris, THE HEMINGWAY THIEF is a comedy first, mystery second. “If I’m not making myself laugh, I’m not interested.”

The suitcase of Hemingway works is real, but the thief in Harris’s novel is not a historical person. “I’m not pulling a Dan Brown here. Except for the original theft, the whole story is my own fantasy. I wrote it in a way that it could be true.”

Harris does believe that Hemingway may have orchestrated the theft of his own suitcase, but if so, Hadley wasn’t in on it.

Harris wrote the book in four months. “You could make an argument that the suitcase in the book is not real. That it was all made up by Coop. But it had to be believable for the characters. When the legend becomes fact, print the legend.”

What matters is the power of storytelling. “It doesn’t matter if it’s true. What matters is what the story does to the people it’s told to. Otherwise, why have fiction?”

THE HEMINGWAY THIEF is the first in a series featuring Cooper, perhaps the first amateur sleuth who himself writes vampire romances. It’s the third book Harris has written and the first to get published. “I sent out over one-hundred and fifty queries. I queried over seventy agents. People say, ‘J.K. Rowling queried fourteen publishers.’ I mean, please.”

He had an agent about to sign him, and then the agent’s boss died, so the agent left the business. Another agent was going to sign him, guided him through rewrites for two months, then dropped him. Finally an agent signed him, but left the business to become a video game designer. But only after putting Harris in touch with Brent Taylor at Triada. “Brent made the first move. He followed me on Twitter. So I queried him and I scored. After that, selling the book was straightforward.”

Still, the publication of his first book seems nearly as mythical as Hemingway’s suitcase. “I’ll believe it when I hold it in my hands,” says Harris. That moment is just around the corner, as the book comes out July 19th. 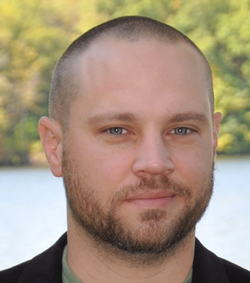 Shaun Harris is a freelance writer. He lives in Wisconsin with his wife and two kids. This is his first novel.

To learn more about Shaun, please visit his website.