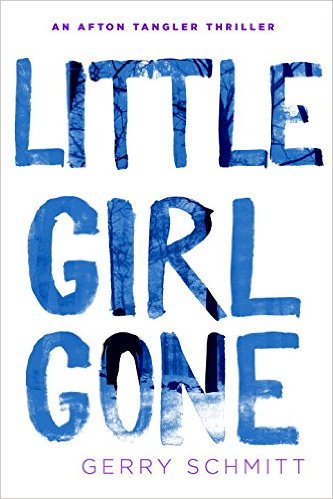 On a frozen night in an affluent Minneapolis neighborhood, a baby is abducted from her home, and her teenage babysitter assaulted. The parents are frantic, the police are baffled, and, with the perpetrator already in the wind, the trail is getting colder by the second. Enter Afton Tangler, the family liaison officer who pulls together random clues and sniffs out a sinister woman who creates “reborn” dolls.

Suspense magazine put it succinctly—Schmitt is “a real pro.” The author shared some of her thoughts on writing in this interview with The Big Thrill.

You write bestselling cozies under the pen name Laura Childs. What prompted you to move to the darker end of the mystery spectrum with this thriller?

I actually wrote two thrillers very early on. One called Cyberkill, another called Old Masters, this last being about geriatric Nazis and stolen World War II artwork. The manuscripts got read, but weren’t picked up. Then my agent hooked me up with an editor at Berkley Prime Crime where I ended up writing three chapters and an outline for a Tea Shop Mystery. They liked it, so I just kept going with the cozy thing.

What can you tell us about this psychological thriller beyond the book jacket copy provided by your publisher?

My antagonist, Marjorie, is a terrifying construct. She’s sullen, coarse, and shrewd as a weasel. She creates “reborn dolls” in a crumbling rural farmhouse while her son, Ronnie, does taxidermy. These co-dependent crazies kidnap, kill, and rob, all the while terrorizing Ronnie’s pregnant girlfriend, Shake, an ex-stripper.

Your protagonist, Afton Tangler, has been described as driven and hardworking. You share those same professional qualities—advertising executive for years before turning to writing, where you created three successful series. How much of yourself—what other mutual qualities—do you see in your characters?

For one thing, my characters are all risk takers. They’re not afraid to leave a cushy job and strike out on their own as entrepreneurs. They’re also multi-taskers like I am. I like to write two books at once and then have a side project going too.  One year I helped a friend establish a doggy daycare and dog training business, and a couple years ago I also produced a reality TV show. Hey, I’ll rest when I’m dead!

I think “domestic thriller” is the Current Big Thing. I’ve read a couple dozen of these and most are incredibly intriguing and visceral. As women, we all know someone who’s been stalked, harassed, duped, had a rotten boyfriend, etc. When someone close betrays us—a friend, boss, husband—our lives are shaken to the core. This type of stark realism is, I believe, what makes these books so appealing.

You set your cozies in various parts of the United States. What is it about Minnesota—your home state—that makes for intriguing mystery settings, and why particularly did you choose it as the setting for LITTLE GIRL GONE?

In LITTLE GIRL GONE I use our Minnesota winter almost as a key character. I’m talking raging snowstorms, wind chill temperatures of -40 degrees, crumbling rural farmhouses where gangsters once hid out, woodlots for dumping bodies, cabin fever, semi-frozen rivers that swallow snowmobiles, 100-year-old beer caves right in the middle of downtown St. Paul, days that don’t see sunlight until eight o’clock and turn dark again at four. All these elements help to build suspense and compound the terror.

Taking a side step away from mysteries and suspense, I understand you’re a music fan. Is classic rock your favorite or is your listening preference as wide ranging as your writing?

I love classical, opera, current pop music, and classic rock. However, in just the last month I’ve been to The Who and Paul McCartney concerts, and bought tickets for the Beach Boys, Paul Simon, and Don Henley. I’m even thinking about attending the “Baby Boomer Coachella” in October with the Stones, McCartney, Dylan, The Who, Neil Young, and Roger Waters. So I guess right now I’m on a serious classic rock jag.

The same strategy I’ve used for over 30 years. I keep in mind that writing is a business—and the business I chose. It would be lovely to go out and play on a summer day, but I never succumb to that temptation. Work always comes first. The other thing that governs my life is fear—fear of missing a deadline, fear that my writing will fail to entertain. So I keep chipping away at my books each day until six o’clock rolls around. Once I shove some food in front of my husband, there’s still plenty of time left to ride my bike, walk the dogs, and goof off. 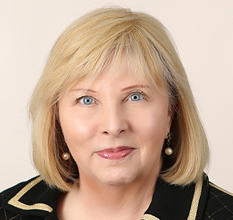 Gerry Schmitt is the New York Times bestselling author who, under the pen name Laura Childs, has written the Tea Shop Mysteries, Scrapbooking Mysteries, and Cackleberry Mysteries. In her previous life, she was CEO of her own marketing firm, authored several screenplays, and produced a reality TV show. She is married to Dr. Bob, a professor of Chinese art history, enjoys travel and has two Shar-Pei dogs.