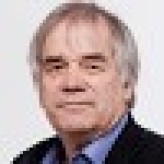 R.G. Belsky is an author of crime fiction and a journalist in New York City. His newest mystery, Below The Fold, was published in May 2019 by Oceanview. It is the second in a series featuring Clare Carlson, the news director for a New York City TV station. The first Clare Carlson book, Yesterday's News, came out in 2018. It won the David Award at Deadly Ink for Best Mystery of 2018. Belsky previously wrote the Gil Malloy series —The Kennedy Connection, Shooting for the Stars,andBlonde Ice—about a newspaper reporter at the New York Daily News. Belsky himself is a former managing editor at the Daily News and writes about the media from an extensive background in newspapers, magazines and TV/digital news. He has also been a top editor at the New York Post, Star magazine and NBC News. Belsky won the Claymore Award at Killer Nashville in 2016. He has finished several times as a Finalist for both the Silver Falchion and David Awards. Yesterday's News was also named Outstanding Crime/News Based Novel by Just Reviews in 2018 and was a Finalist for Best Mystery of 2018 in the Foreword INDIES Awards. His previous suspense/thriller novels include Loverboy and Playing Dead. Belsky lives in New York City. Visit his website at: www.rgbelsky.com

Ryan Shifts Focus Away from Journalism in New Thriller By R. G. Belsky THE MURDER LIST is the highly-anticipated new thr…

Leaving the Surprises to the Bitter End By R. G. Belsky The woman at the heart of Michael Koryta’s electrifying ne…

Rooting for an Unlikely Hero By R. G. Belsky Alice O’Farrell is an unlikely hero—a down-and-out drunk who lives in sleaz…

Shining Light on a Hard-Boiled Hero By R. G. Belsky If you’re a fan of hard-boiled detective heroes—and who isn’t?—they …

Returning to the Voice of Crime and Justice By R. G.  Belsky V. I. Warshawski is back in a dazzling new thriller called …

Something Wicked This Way Comes By R. G. Belsky Steven James spends a lot of time teaching storytelling techniques to as…

Writing a Winning Character By R.G. Belsky James W. Ziskin is back with the sixth book in his highly-acclaimed Ellie Sto…

Haunted By a Real-Life Crime By R.G. Belsky Bestselling author Michael Koryta’s new thriller, HOW IT HAPPENED, is inspir…

Creating the Perfect Villain By R.G. Belsky Raymond Benson is the author of six James Bond novels, but he loves writing …

Moving at a Breakneck Pace By R.G. Belsky Lee Goldberg has written a lot of things during his career–best-selling …

Writing a Hero for Our Times By R. G. Belsky Simon Riske, the hero spy of Christopher Reich’s latest thriller THE …

Creating a Character That Strikes a Chord By R.G. Belsky The New York Times bestselling authors Douglas Preston and Linc…

By R.G. Belsky I spent a lot of years covering sensational real-life murders as a tabloid journalist in New York City. N…

Tracking a Literary Killer By R.G. Belsky Layton Green’s new book, WRITTEN IN BLOOD, has an unusual premise for a thrill…

Writing the High-Octane Thriller By R.G. Belsky Meg Gardiner used to be a lawyer. Then she taught college students. Alon…