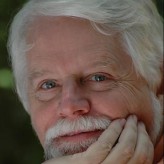 Michael Sears writes with Stanley Trollip under the name Michael Stanley. Their award-winning mystery series with Detective Kubu is set in Botswana, a fascinating country with magnificent conservation areas and varied peoples. The first book in a new series featuring Kubu as a young detective is Facets of Death, set when Kubu first becomes a detective and is faced with solving a diamond heist at the world’s richest diamond mine, Jwaneng. They also have a thriller Shoot the Bastards, which introduces Minnesotan environmental journalist Crystal Nguyen. Set mainly in South Africa, it has as backstory the vicious trade in rhino horn. Michael has lived in South Africa, Kenya, Australia and the US. He now lives in Knysna on the Cape south coast of South Africa. Please visit his website and follow him on Facebook.

A Well-Crafted Blend of Suspense, Culture, and Humor By Michael Sears If you’re already a…

Characters Living Outside the Lines By Michael Sears Ameera Patel is very talented. In 2016…

A Howling Solo Debut By Michael Sears Full disclosure: Stanley Trollip and I write the…

Exploring the Underground Crime World of Plant Smuggling By Michael Sears Although an Australian, Tony…

By Michael Sears This month, we talk “murder” with four widely acclaimed writers of African…

An Eye-Opening Collection Set in Nairobi By Michael Sears In their City Noir series, Akashic…