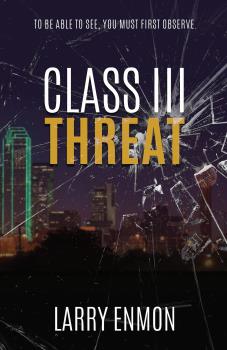 When a woman contacts the US Secret Service and tells them she and her six-year-old daughter have information about a threat to the President’s life, only one person believes them: Special Agent Michael Roberts. Roberts determines they encountered the man at a presidential arrival site several days earlier, and they provide convincing evidence that what they are saying is true. US intelligence confirms that the assassin may already be in the United States, and their asset is feeding them more information each day as to his whereabouts and plans to kill the President.

Disguised as a French journalist, Abdul-Sattar al-Sayed is poised to kill the President at a press conference on the last day of the presidential nominating convention. Roberts’ plan to allow the child and her mother to accompany him to every site and venue during the convention pays off when the child spots Sayed in the press pen—just before the President arrives.

Definitely the plot. The book’s premise is that there is critical information regarding a threat against the President circulating in the intelligence community.

But when a lone Secret Service Agent uncovers a vital clue and new asset, few believe him. He struggles to convince his superiors as the assassin closes in to carry out his deadly mission. Only the conviction and firm resolve of the agent stands in the way of the President dying.

During my twenty-plus years with the Secret Service, I worked protective intelligence, which is investigating threats against the President and others the Secret Service protects. I used this knowledge and the experience I acquired from working with the Joint Terrorism Task Force, FBI, and CIA to produce a realistic story in every detail with the suspense and drama of the best political thriller since Frederick Forsyth’s Day of the Jackal. The reader won’t realize the real-life experience and research put into this project from the jacket copy or PR material.

Without disclosing classified Secret Service protective information or intelligence trade-craft, I take the reader deep behind the scenes of how an assassination plot develops, how it is detected, and how it is investigated and checked. In the end, all the readers will care about, and all I want them to care about is that they’ve read a fast-paced, pulse-pounding, page-turner thriller.

As a boy, I loved Ernest Hemmingway’s and Ian Fleming’s stories for the adventures they told of faraway places and more interesting people than those in my small rural community.

As a young adult, I enjoyed Joseph Heller and Harper Lee because they taught me sensitivity and a deeper understanding of people in such a way that I didn’t realize I was being instructed.

As an adult, I’ve been inspired by Edmund Morris, Andrew Roberts, and Carlos Baker, who taught me to look beneath the surface of a person’s life or story to discover its true meaning.

And finally, as an older adult, I enjoy historical fiction as told by Robert Harris for his pure writing style.

Larry Enmon retired from the US Secret Service and started writing. During his career, he acted as liaison between the USSS and FBI, working in the Joint Terrorism Task Force. He received training from the CIA in the investigation and production of weapons of mass destruction. As a federal agent traveling the globe with top secret (SCI) clearance and a diplomatic passport, he was exposed to the shadowy world in which thriller novelists thrive. Larry uses his first-hand experiences to write realistic crime/mysteries and international suspense/thrillers. CLASS III THREAT is his debut political thriller. He is also the author of two crime/mysteries, The Burial Place and City of Fear.
He spends his free time at his Texas ranch and mountain cabin in North Carolina.