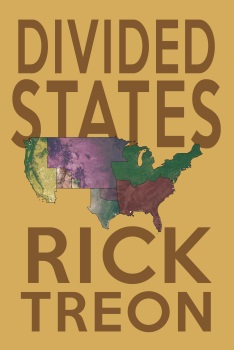 In the confusion following a mass shooting, self-destructive Lori Young is kidnapped and told she’s the key to stopping a terrorist plot aimed at reunifying the former United States and restoring its status as a global superpower.

The group of former CIA officers wants Lori to leverage her ex-husband and his team of former Tier One military operators into hijacking a nuclear weapon, which will be used to destroy the flow of the continent’s most valuable resource and ruin global markets.

But the terrorists have a traitor in their midst, and together they can help avoid the nuclear strike—if she learns to weaponize her unusual skillset instead of constantly numbing the pain of her troubled past.

The main character and setting came to me at the same time. In fact, the first scene, including the post-secession setting and most of the first chapter hit me all at once. I wrote it as a short story, but everyone had the same feedback: This would make a great first chapter for a novel.

The answers are two sides of the same coin. The initial chapters and synopsis were done in 2019, and I was finishing/editing the manuscript in 2020. Divided States was always supposed to take place in a not-too-distant future, but I had assumed it would be a little far-fetched. As the election and events of Jan. 6 occurred, I had to change some things so my fiction was far enough removed from reality. However, that the story is so prescient will probably be the biggest marketing hook my publisher could hope for.

Most of the locations in my novel are real or based on real places. This includes the nuclear facility in the Texas Panhandle and the town of Cushing in Oklahoma, which is where the global price of oil is determined.

As it relates to this novel, Tom Clancy would be the biggest influence. In some ways, the plot of DIVIDED STATES is an ode to one of my favorite Clancy stories, The Sum of all Fears. As for my career, the works of Robert Dugoni and Gillian Flynn re-invigorated my love for reading and writing as a twenty-something adult. As I’ve continued to write, Taylor Moore (you’ll be hearing from him soon) has been an invaluable friend and critique partner.

Rick Treon writes about life and death in the Lone Star State. His debut thriller won the PenCraft Award for Literary Excellence in Suspense, and his essays have been syndicated across Gannett Media. Before making up stories, he worked as a reporter and top editor for several newspapers.