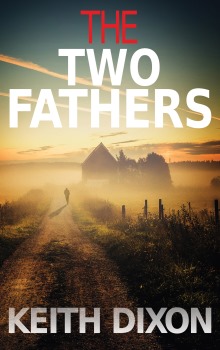 Why does Jessica Hastings come home late several times a week? Her husband asks private investigator Sam Dyke this simple question. Dyke doesn’t want the case—he doesn’t do divorce work—but Brian Hastings doesn’t want a divorce, he wants an explanation. When Sam finds out what Jessica is doing, it opens up more questions. And when Brian Hastings goes missing, they’re questions he feels compelled to answer.

As the book is part of a series, many of the characters were pre-existing. In this instance, the plot came to me after reading a report in a newspaper. Torn from the headlines!

The biggest challenge for this book was the research. I had to find out how florists operate, where their plants and flowers come from, and a little bit of the florist’s dark arts! In this book I wanted to investigate the family relationships further, and I used—perhaps surprisingly—Oedipus Rex as a basic model for how the plot worked out.

Lately, I’ve been more and more influenced by the work of Ross Macdonald. Though I’ve always admired his work, reading his biography showed me what an intelligent, serious man he was, and how he used classical stories to structure some of his books. This is something I’m beginning to learn from.

Keith Dixon was born in Yorkshire and grew up in the Midlands.

He’s been writing since he was 13 years old in a number of different genres: thriller, espionage, science fiction, literary.

Two-time winner of the Chanticleer Reviews CLUE First in Category award for Private Eye/Noir novel, he’s the author of 10 full-length books and one short story in the Sam Dyke Investigations series and two other non-crime works, as well as two collections of blog posts on the craft of writing.

His new series of Paul Storey Thrillers began in 2016 and there are now three books in the series.