A Mother of a Modification 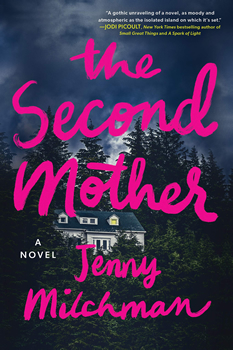 When Jenny Milchman realized she’d be releasing a novel during an unprecedented global shut-down, she of course had all the same concerns as everyone else—keeping her family safe while the world around them shuttered.

But then, anxiety about her upcoming release—THE SECOND MOTHER—crept in. As the author of a half dozen thrillers, this isn’t her first rodeo. But Milchman is also known for having the world’s longest book tour—that’s actually a thing—and the realization that a roadtrip to more than 400 bookstores across the US wouldn’t happen this year gave her an unexpected gut punch.

“The world’s longest book tour has to go virtual,” Milchman says. “The decision was very painful. I knew it would be a possibility, but I held off from canceling, hoping. But it just wouldn’t be fair to my readers—I couldn’t expose them to me going from state to state. Even on a scaled-back level.”

There was nothing scaled back about the 2013 tour, which lasted a whopping nine weeks in which Jenny and her family hit the road and just kept driving. Now, Milchman is forced to cut a new path on the information highway, where she’ll join hundreds of other authors who are looking at new ways to promote a book in the midst of a pandemic.

She’s a little sad, obviously, but Milchman is also comfortable with starting fresh—her publishing career has hit a few bumps on the road to success. Change can be good. Right?

Julie Weathers—the protagonist in Milchman’s THE SECOND MOTHER—certainly hopes so. Having lost a child, and now recently divorced, Julie is desperate to leave her old life behind. Answering a want ad to teach young children on a remote island in Maine seems the idyllic escape. Who wouldn’t want to set up fresh roots in the tight-knit community on a “sun-washed, sea-stormed speck of land?”

This is a thriller, of course, so it isn’t long before Julie realizes there is something amiss on Mercy Island.

In this exclusive interview for The Big Thrill, Milchman shares insight into her latest page-turning novel of suspense, gives us the scoop on pandemic life, and reveals what all of her characters share in common.

Starting over feels like a theme in a number of books I’ve read over the past few months. Without going too far down the “where do you get your ideas?” rabbit hole, what can you share about the inspiration for this story?

This book is pandemic ready in an eerie way. The idea came to me on two levels. On a surface level, when I was in grad school, I was pursuing Plan B—psychology. What I wanted was to be a poet living in a log cabin in the woods. Not the most economically viable plan. One day I saw a post about teaching in a one-room schoolhouse in Maine. I wanted to do it—but I never even applied.

On a deeper level, this ties into feelings of being an outsider, which is a theme in my life. And it manifests in different ways. In the book, Julie goes to a place where she is an outsider, and I wanted to explore what that would be like through her.

Not going to lie, I pay close attention to those quirky want ads that pop up sometimes, even though they sound too good to be true. Who wouldn’t want to be a chocolate taster at a chocolate factory in Switzerland and get paid $1 million? What factors do you think play into a decision in which someone actually takes that leap?

It’s so interesting. Looking at it through a psychotherapist lens, I think it does come down to temperament and personality. I’m never going to be the person who bungee jumps. Sure, I had this idea to apply for the schoolteacher job—it seemed like a great fantasy. But then it was really easy for me to imagine the drawbacks too. Life is hard on an island. The boat stops running and you’re trapped. Those kinds of things all serve to inhibit me from taking the leap. Even if the fantasy sounds idyllic.

Speaking of idyllic, Maine is on my list of places to visit. Your descriptions of it—and the fictional Mercy Island—made that want even more palpable. Why did you choose that setting?

As a child, we went to Maine on vacations when we were able. There is a tiny island there we spent time on that my Mercy Island is sort of modeled after. And I think islands are just perfect for thriller writers. You’re literally isolated. It’s hard work to get there. All kinds of things could go wrong.

You do love remote locations! In your previous novel Wicked River, the setting of the Adirondack mountains created a true sense of fear. But no matter how vivid the setting, the story would have fallen flat without the characters. The same is true with THE SECOND MOTHER. What can you share about your inspiration for Julie?

In a way, I keep telling the same woman’s story. She always starts when she’s stripped down to nothing and has to claw her way back. Julie has a crap doodle of a husband—but she does have a great dog. She leaves with just her dog and that’s it. She’s kind of an everywoman, but beat down in every way.

That’s in such stark contrast to someone who absolutely radiates joy. When I was poking around on your website, I saw that you have a “Countdown to the Mother of all releases”—a little tongue-in-cheek marketing that permeates from your work. It’s easy to see that writing is your dream. What’s the best part about your job?

Writing infuses me with a joy like nothing else. My family is wonderful and they fill me with a different kind of joy, but I never really believed that I would get to sit down and write every day. This is more than my dream job—it’s my dream.

The business is tough and I think it’s going to get tougher. Contracts may be smaller or the market changes. This business keeps us honest—and it’s hard for all of us. It’s very easy to get caught up in our struggles.

But then there’s the writing. And I love it. It’s one of the most vibrant communities in the world.