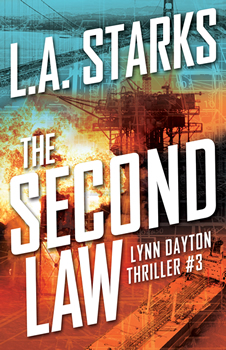 In THE SECOND LAW, Lynn Dayton Thriller #3, TriCoast Energy executive Lynn Dayton is visiting the company’s San Francisco refinery when it comes under attack. Saddened by the fiery deaths of several workers, she traces the explosion to software malfunctions and contacts cybersecurity chief Kanak Singh to track it back to the source.

Lynn is still reeling when a TriCoast lease bidding manager is killed in New Orleans, the seeming motive the theft of his computer containing billion-dollar secret offshore bid plans. Then her longtime mentor and good friend is gunned down in front of her in a Louisiana swamp. Lynn races against time to uncover a complex plot that stretches from murder in Vienna to a natural gas terminal attack in the Baltic to a major Caribbean oil installation off U.S. shores, all due to a high-stakes government takeover bid fronted by a mysterious group called the Second Law. Who are these people and worse, who is the mole inside TriCoast feeding them so much deadly information? Unless she can find out, thousands more are scheduled to die.

Award-winning author L. A. Starks sat down with The Big Thrill to discuss the third installment of her Lynn Dayton thriller series, THE SECOND LAW:

One of my summer jobs was to sell souvenir New Orleans artwork for a local artist—cards, posters, prints, and original watercolors—to French Quarter visitors. I got the true insider’s experience since the storefront was located right on Bourbon Street.

The energy business is—silently—massive, global, and relentlessly high-stakes. The risk of explosions is ever-present. Because the economies of entire countries wax and wane on their production or their costs to use energy, it attracts worldwide powerful players whose motivations and desires inevitably conflict. 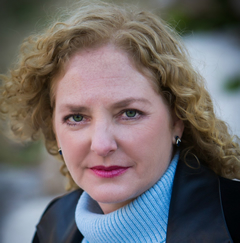 L. A. Starks is the author of the three-book Lynn Dayton thriller series and an energy investor. 13 Days: The Pythagoras Conspiracy, first in the series, received 5-star ratings. Strike Price, the second, is also well-ranked by reviewers and won the Texas Association of Authors’ First Place Award for best mystery/thriller. Just-published THE SECOND LAW is the third book in the series. Starks is also multi-published in short stories and nonfiction. She was born in Boston, Massachusetts. She grew up in Oklahoma, earned a B.S. in chemical engineering from Tulane University in New Orleans and an MBA in finance from the University of Chicago’s Booth School of Business, and now lives in Texas. Prior to her investment focus she worked in the energy business directly in engineering, finance, and marketing. Her favorite recent international destinations include Denmark, Spain, and Switzerland. She has run fourteen half-marathons.

To learn more about L. A. Starks, please visit her website.

The Alchemist's Illusion by Gigi Pandian