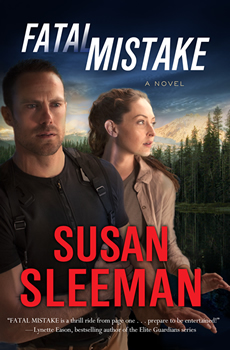 Each day could be her last…but not if he can help it.

Tara Parrish is the only person ever to survive an attack by the Lone Wolf Bomber. Scared and emotionally scarred by her near death, she goes into hiding with only one plan—to stay alive for another day. She knows he’s coming after her, and if he finds her, he will finish what he started.

Agent Cal Riggins has had only one goal for the past six months—to save lives by ending the Lone Wolf’s bombing spree. To succeed, he needs the help of Tara Parrish, the one person who can lead them to the bomber. Cal puts his all into finding Tara, but once he locates her, he realizes if he can find her, the Lone Wolf can, too. He must protect Tara at all costs, and they’ll both need to resist the mutual attraction growing between them to focus on hunting down the bomber, because one wrong move could be fatal.

FATAL MISTAKE is a fast-paced romantic suspense book that, first and foremost, I hope entertains readers. I want them to be compelled by the characters and plot. To turn page after page long into the night. That they become so involved with the characters that the reader will cheer for them to resolve their romantic conflict and fall in love, all the while trying to figure out the larger than life plot that could happen to any one of them.

I write an equal blend of romance and edge-of-your-seat suspense, always featuring a law enforcement character. FATAL MISTAKE is no exception, and the unique plot really emphasizes the thriller genre.

I spent a great deal of time researching bombs for FATAL MISTAKE, and I was surprised to learn and disturbed with how easily a person can obtain parts to make a bomb. Sure, you need the skill to create a bomb that actually works, which isn’t as easy as some movies and television portray, but the supplies can readily be found in stores and online.

FATAL MISTAKE is the first in my White Knights series featuring an FBI Critical Incident Response Team. The elite team headquartered in Washington, D.C. includes experts in crisis management, explosives, ballistics/weapons, negotiating/criminal profiling, cyber crimes, and forensics. All team members are former military and they stand ready to deploy within four hours anytime and anywhere to mitigate the highest-priority threats facing our nation. This is not just any CIRT, but a group of agents who have burned their advancement potential at the FBI because they are known to follow their gut and ignore protocol if it gets the job done. They are led by renegade agent Max White, who reports directly to the FBI Director. The team members have nothing to lose in their careers so they’ll risk everything to solve cases and pull out all stops to succeed.

FYI – FBI Critical Incident Response teams do actually exist, but I took liberties with the group to also make them investigative in nature, which isn’t something the real teams would do.

I have been influenced by thrillers and romantic suspense books starting with the first time I read the Charm School by Nelson DeMille in the early 90’s. His plot was so intriguing and so apropos to the time that it captivated me. As a result, I have always tried to make my books timely in nature and deal with issues we are facing in our world. 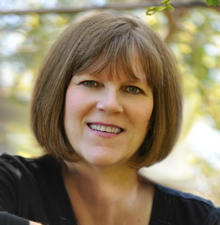 Susan Sleeman is a bestselling and award-winning author of inspirational/Christian and clean read romantic suspense books. In addition to writing, Susan also hosts the popular website TheSuspenseZone.com. Susan currently lives in Oregon, but has had the pleasure of living in nine states. Her husband is a retired church music director and they have two beautiful daughters, a very special son-in-law, and an adorable grandson.