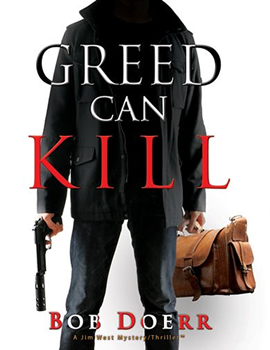 This Jim West mystery/thriller, the seventh in the series, finds Jim traveling to Fabens, TX, in an effort to locate an old acquaintance who had written Jim a cryptic letter asking for his help in finding a briefcase. In Fabens, he discovers that someone has murdered his friend. Jim provides a copy of the letter to the local police explaining that he has no idea where the briefcase is or how to decipher the sets of numbers provided in the letter. Figuring there is nothing more he can do, Jim starts his trek home. He plans to spend a night or two relaxing at the Lodge in Cloudcroft, NM, on his way, only to find that he is being followed. An ominous, unidentified phone caller gives Jim an order—find the briefcase and turn it over to him within a week. A violent confrontation in Cloudcroft verifies Jim’s worst suspicion, a Mexican drug cartel wants the briefcase. The confrontation also brings the FBI into the picture. They also want Jim to continue his search. The search takes Jim to the New Mexican ghost town of Chloride where the final confrontation takes place and Jim finds out who the bad guys really are.

I hope readers find that this book tells an interesting and fun to read story. They should find the use of Fabens, Texas, Cloudcroft, NM, Truth or Consequences, NM, and the ghost town of Chloride, NM, as seldom used but fascinating settings for a mystery. Finally, I hope readers take away a hunger to read other Jim West books they may not have already read.

I believe the focus on southern New Mexico along with the suburbs of El Paso to be the setting for this mystery thriller provides a background to a thriller that is rarely used.

Rex Stout and Sir Conrad Doyle wrote books that I thoroughly enjoyed, and did so in a manner in which a story is being told to the reader. This act of storytelling is a fine art that I have always hoped to master. 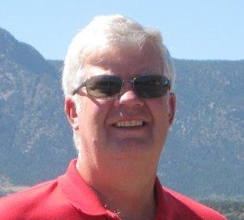 Before becoming a full time author, multi-award winning author Bob Doerr specialized in military counterintelligence and criminal investigations for 28 years. His published works include nine mystery/thrillers that have garnered a variety of awards and three fantasy novellas for middle grade readers. One of his Jim West mysteries, No One Else to Kill, was a winner in the 2013 Eric Hoffer Awards. The Military Writers Society of America selected Bob as its Author of the Year for 2013. In very short fiction, Bob came in second in the Writers Police Academy Golden Donut Award in 2012.