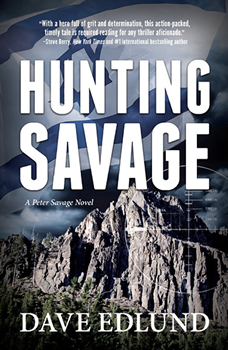 A freelance hacker uncovers top secret files about a government cover-up surrounding the 1967 Six-Day War and triggers a murderous rampage at a resort town in Central Oregon. When the files inadvertently land in the possession of Peter Savage, he is targeted by assassins from both sides of the Atlantic and implicated in murders he didn’t commit. As the body count rises and with nowhere to turn, Savage makes a desperate decision: he draws his pursuers to the Cascade Mountains, where he plans to leverage the harsh terrain to his advantage. Doggedly trailed by both law enforcement and a small army of battle-hardened assassins, Savage becomes both hunter and prey. With his own fate uncertain, Peter Savage fights overwhelming odds to reveal the truth before full-scale war engulfs the Middle East.

First and foremost, hours of riveting entertainment. Second, I hope certain plot elements provoke an interest to carefully, and perhaps more fully, examine the political theatre leading up to major elections. And third, to raise awareness of the tragic loss of life during the USS Liberty incident in 1967.

HUNTING SAVAGE is based on a historical event (the near sinking of the USS Liberty—which, to this day, has not been adequately explained) and imagines a political alliance aimed at furthering the interests of the Presidential candidate and his corporate backers to the detriment of the interests of the United States. Although the manuscript was completed well before the recent Presidential election, issues of outside influence and conflicting agendas that were raised surrounding the November election resonate strongly throughout HUNTING SAVAGE.

The USS Liberty incident—a tragedy of historic proportions—is little known by most Americans. The government cover-up in the months following the attack raised more questions than answers, and I was totally surprised that such a blatant attack on a U.S. Naval vessel was allowed to occur. It is mind-boggling that we had military aircraft enroute to defend the Liberty, but those aircraft were recalled by President Johnson. Why?

Advance reviewers have commented on a canine character named Diesel. He is the companion to the protagonist, Peter Savage. Although I wrote Diesel as a minor character (at best), he seems to resonate strongly with readers, and he’s developing a fan base of his own! 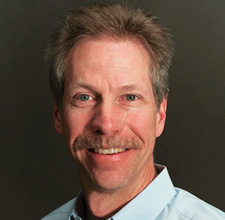 Dave Edlund is a graduate of the University of Oregon with a doctoral degree in chemistry. He resides in Bend, Oregon, with his wife, son, and four dogs (Lucy Liu, Diesel, Murphy, and Tenshi). Raised in the California Central Valley, he completed his undergraduate studies at California State University, Sacramento. In addition to authoring several technical articles and books on alternative energy, Edlund is an inventor on 102 U.S. patents. An avid outdoorsman and shooter, he has hunted across North America, and he has traveled extensively throughout China, Japan, and Europe. A member of the International Thriller Writers, his debut action/political-thriller Crossing Savage introduced the Peter Savage character and received the 2015 Ben Franklin Silver Medal for Popular Fiction, and was a 2015 INDIEFAB finalist for Best Suspense/Thriller. The sequel, Relentless Savage, was an iBooks pick for best new mystery & suspense, and was a Clue Award finalist and a 2016 INDIEFAB finalist. The adventures of Peter Savage continued with the publication of Deadly Savage in 2016. Soon to be released, Hunting Savage (April 2017) is praised by New York Times and International Best Selling author Steve Berry: “With a hero full of grit and determination, this action-packed, timely tale is required reading for any thriller aficionado.”

Edlund is the Founder & CEO of an alternative energy company, and he serves on the Central Oregon Writers Guild Board of Directors. An ardent supporter of education, he also teaches a continuing education course at the Central Oregon Community College to help emerging authors learn the process of getting published.