The Art of Imperative Engagement 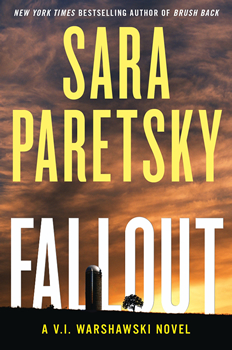 Reviewing Sara Paretsky’s 2007 memoir, Writing in an Age of Silence, British author P.D. James wrote: “No other modern crime writer has so powerfully and effectively combined a well-crafted detective story with a novel of social realism and protest.”

It will surprise no one that the admiration is mutual. “She was an extraordinary woman in many ways,” says Paretsky. “A groundbreaker in her own right, a dedicated feminist, a brilliant public speaker, and I was fortunate to have some degree of friendship with her.” She fondly remembers the last time they met, in London, the year before Baroness James died. “She took me to tea at the Athenaeum club. She was the first woman elected to its membership, and she said she liked to take her feminist friends there because it gave all of the elderly male members something to be shocked by. Her praise continues to mean a great deal to me and to set a standard that I try not to betray.”

Sara Paretsky burst onto the crime fiction scene with Indemnity Only in 1982. Or perhaps it’s more apt to say she threw down the gauntlet. Her street-fighting, wisecracking Chicago detective, V.I. Warshawski, was seen as a feminist take on the traditional male hard-boiled private eye—a smart, independent woman who also reflected Paretsky’s passion for social justice. Thirty-five years later, both the author and her intrepid heroine are at the top of their respective games in FALLOUT, book  No. 18 of the internationally bestselling series. 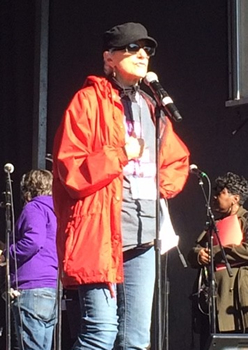 Sara, activist author, speaking at the Women’s March in Chicago.

As a teaser, Paretsky wrote a short story, released as a Kindle Single, called Wildcat: V.I. Warshawski’s First Case (or what Goodreads refers to as No. 17.5), set in the 1960s. Ten-year-old Victoria sets off on her bike to Chicago’s Marquette Park, where Dr. Martin Luther King is leading marches and her police officer father is patrolling the crowds. “I had written a rough version of this story about ten years ago and was glad to have the chance to rethink it, especially in light of ongoing problems with racial divisions in Chicago,” says Paretsky. She had never thought about it as part of Warshawski’s backstory when she began the series.

“It’s part of my own backstory,” she explains. “I came to Chicago as a volunteer with the civil rights movement during the summer of ‘66 and experienced those shocking riots in Marquette Park and elsewhere first hand. Many ministers, priests, and rabbis were strong advocates for social justice, but there were also a number of Catholic priests and parishioners who were bitterly opposed to civil rights. Chicago’s notorious block clubs actively tried to exclude African-Americans from neighborhoods and from Christian worship. I liked the idea of being able to present these divisions through the lens of V.I.’s mother.”

In FALLOUT, Warshawski leaves her comfort zone of Chicago to investigate the disappearance of an African-American actress and the young director who is documenting her life. The trail leads to Lawrence, Kansas, where racial tensions and secrets from the past intersect with the current case. And again, the location parallels Paretsky’s own backstory.

“My family moved to Lawrence from upstate New York when I was four,” she says. “My father was one of the first Jews hired by the University of Kansas in a tenure track position and we were always aware of our own minority status. My mother became active in civil rights work in 1959 or ‘60 when the Lawrence junior high hired its first African-American teacher. When she learned that he was only being shown houses in the mud flats north of the Kansas River­—many of which did not have indoor plumbing or proper floors—she was furious and started working for open housing in Lawrence.” 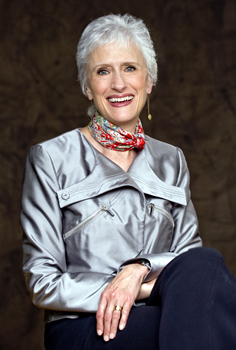 Paretsky joined the small high school chapter of the NAACP and discovered that African-American students were not allowed to take college track classes. But it was much later that she learned about Kansas’s abolitionist background. “Many of the early Kansas settlers were opposed to slavery within their borders but didn’t advocate abolition elsewhere. A lot of what I learned about the history of race in Kansas came from reading, but I had begun that journey ten years ago for my non-series book, Bleeding Kansas.” Conversations with some of her father’s graduate students revealed that up until the early ‘60s, the University of Kansas didn’t allow black students in student housing. The university had a chapter of the Ku Klux Klan. “When Wilt Chamberlain joined the KU basketball team around 1952, he fought against a lot of the injustices in the town and the school,” she adds, “but change didn’t happen overnight.”

The same might be said about women in crime fiction. In 1987, Paretsky founded Sisters in Crime to support women in the mystery field. Celebrating its 30th anniversary last year, Sisters in Crime released a Report for Change on the subject of Diversity, Equality, and Inclusion. The results demonstrate that the organization is as important now as when it began.

“From the beginning we have struggled with how to represent the unique viewpoints and needs of writers of color,” Paretsky says. “When we started in ‘87 there were still quite a few women’s presses and feminist book stores that made it easy to be inclusive of lesbian and bi writers; with their disappearance, those writers also now have a harder time of finding a market.” While president of Mystery Writers of America two years ago, Paretsky spearheaded initiatives designed to make MWA a more inclusive group for writers of color and LGBT writers. “If ITW has found a way to have an impact on marginalization of writers of color, LGBT writers, Asians, Hispanics, and other groups underrepresented in U.S. publishing—and understanding that women in all these categories always have a harder time than men—I’d love to have the information to pass on to the current MWA board.”

Sara with Girls in the Game, an after-school program for at-risk girls.

Paretsky’s passionate engagement with social and political issues is highly visible on social media, as a quick look at her Twitter feed can confirm. Authors are sometimes told to be wary of political commentary on social media—and in their books, as well. But Sara Paretsky offers a more balanced viewpoint.

“Political engagement requires one to walk a very thin tightrope,” she says. “Any novel that is political first and entertainment second is going to have all of the dreariest qualities of Socialist Realism. I write stories because stories always have brought me great pleasure and my goal is to bring that same pleasure to readers. At the same time, mentally and emotionally I am much engaged in the politics of the day and since that is what’s on the forefront of my mind, those issues inevitably become part of the context of my narratives. In the larger world I believe that we are under threat of so much destruction, from disastrous results of climate change to moving backwards on civil rights and on women’s right to be full adults, that I have to find the time and the energy to be engaged in that discourse. Everyone’s capacity for engagement differs and we all have different demands on our time and energy so I would judge no one who isn’t able to be engaged, but for me it is an imperative.”

Such an imperative led her to participate in a newly-released collection of true narratives called Anatomy of Innocence: Testimonies of the Wrongfully Convicted. Over a dozen innocent men and women who were convicted of crimes and incarcerated told their stories to bestselling mystery and thriller authors. Paretsky took on the case of David Bates, convicted of first-degree murder and armed robbery based on a false confession coerced by torture. He spent ten years in prison before being acquitted. “Talking with David Bates and then writing his story made for some of the most difficult work I have ever done,” she says. “The number of ways in which his mind and body were violated is horrific and despicable and the people who could take pleasure in this are beyond my comprehension. They say Josef Goebbels was a devoted family man who loved dogs but I would never believe it.” 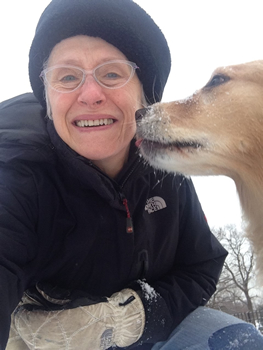 Sara with X during a Chicago snowstorm.

Next month Paretsky will turn 70, and she’s hard at work on the next V.I. Warshawski book, in which a Syrian refugee goes missing in Chicago. Like the author, V.I. shows no signs of slowing down. In fact, she barely seems to be aging at all. “When I started the series, I wanted V.I. to age more or less in real time because her life was shaped by her mother’s history as a refugee from Fascist Italy and by the great social justice movements of the 60s and 70s,” Paretsky explains. “However, I finally had to slow down her aging while I figure out how to keep her both physically and sexually active. Perhaps when I turn eighty, sixty will start looking young and vibrant and I will bump her up another decade. I’m also at an age where friends and relatives are dying and this kind of loss is so painful in real life that I don’t want to experience it in my fiction. As a result, other key figures are not aging realistically either. And the dogs will stay about five years old forever.”

One of the dogs, a Golden Retriever called Peppy, accompanies V.I. on her trip to Kansas in FALLOUT and proves to be more than simply a canine sidekick. Many authors say that walking their dogs is a good way to overcome a case of writer’s block. But Paretsky’s own dog doesn’t offer the same literary support. “Chiara is a princess—she demands support rather than offering it,” she admits. “However, my first Golden, Capo, was immensely supportive. I don’t suffer from writer’s block but from thinker’s block, and Capo would lie between my chair legs, looking up at me—the deep wisdom that Goldens possess shining from her eyes—and tell me that she knew I could climb whatever mountain was blocking me that month.”