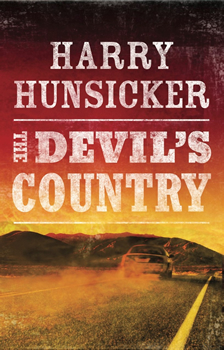 Former Texas Ranger Arlo Baines didn’t come to the tiny West Texas town of Piedra Springs to cause trouble. After his wife and children were murdered, Arlo just wants to be left alone. Moving from place to place seems to be the only thing that eases the pain of his family’s violent end.

But a chance encounter outside a bar forces him to rescue a terrified woman and her children from mysterious attackers. When the woman turns up murdered the next day—her children missing—Arlo becomes the primary suspect in exactly the same type of crime he is trying desperately to forget.

Haunted by the fate of his family, and with the police questioning the existence of the dead woman’s children, Arlo decides it’s his duty to find them. The question is, just how deep will he have to sink into the dusty secrets of Piedra Springs to save them and clear his name?

The Big Thrill caught up with author Harry Hunsicker to discuss his latest novel, THE DEVIL’S COUNTRY:

A sense of how the vastness of West Texas has impacted the people who live there.

The main character is a former Texas Ranger, and I was surprised to learn how few Rangers there really are, only about 150 in the entire state.

No Country for Old Men by Cormac McCarthy for the accurate yet fictional depiction of life in West Texas. The Day of the Jackal by Frederick Forsyth, to date one of the most tension-filled stories ever written. A Drink Before The War by Dennis Lehane for showing me the power of character. 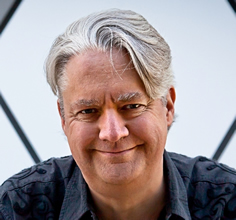 Harry Hunsicker is the former executive vice president of the Mystery Writers of America. His work has been short-listed for both the Shamus and Thriller Awards. He lives in Dallas with his wife, Alison. THE DEVIL’S COUNTRY is his seventh novel.