Lise McClendon writes fiction from her home in Montana. She is the author of twelve novels, short stories, and articles. In 1997 she wrote and directed the short film, The Hoodoo Artist, featured at the Telluride Indiefest. She has served on the national boards of directors for Mystery Writers of America and International Association of Crime Writers/North America. She is on the faculty of the Jackson Hole Writers Conference and co-presents a novel workshop for writers.

This mystery follows the story of Merle Bennett, one of five lawyer/sisters, who in the first in the series inherit a stone house in France. In this, the fifth installment, Merle takes a leave from her job in New York City at Legal Aid for an extended stay in France. A tightly-wound go-getter with a penchant for list-making, she is under the illusion, not uncommon, that just being in France cures a person of all his or her ills. Her ‘bliss’ makes her French boyfriend laugh. Pascal is a cop in the Wine Fraud Division of the Police Nationale and has seen his share of the underbelly of ‘La Belle France’. When someone he put in jail years before returns with revenge on his mind, things definitely take a dark turn. Merle starts out a bit dreamy, writing a novel about the French Revolution, but rallies the forces to save Pascal.

One of your great reviews for the series praises you as one of the “…few writers gifted with a feel for place that transforms locale from mere background into a vital element of the story itself.”  The beautiful country of France certainly plays a huge part in THE FRENCHMAN.  Can you explain how you use setting as character in the novel?

Like many writers, I think of setting as a character, moving events forward through the force of its qualities. These novels couldn’t take place anywhere else. Because Merle and her sisters are Americans, they are fish out of water in France, struggling to understand what’s happening. In the setting I try to find unique elements to transport a reader from their hammock or reading nook, to make southwest France come alive for someone who has never been there. The area is rich with history, food, wine, and landscape but is one of the least populated areas of France, often rocky and remote. This gives it a special feeling, of intrigue and suspense. You can’t just jump on a train or a plane and get out of there. The locals may be suspicious and chilly.

The village in the novels is called Malcouziac—which I think of as ‘bad cozy’—but is based on a real-life bastide village, that is, an ancient walled town in the Dordogne from the time of the Hundred Years War. I didn’t want to use its real name as bad people do bad things there but it is based on Monpazier, a beautiful old walled village. Getting to skulk around in Monpazier’s alleys is one of the benefits of writing these books. That and the wine.

Another fascinating element of THE FRENCHMAN is that you have woven history into a contemporary plot.  Can you explain how you managed to highlight The French Revolution in your story?

I am nuts about history but weaving it into a contemporary novel is a tricky thing, a sort of tight-rope act. Too much history and you turn people off. Too little and you miss context, and delicious intrigues of the past. In THE FRENCHMAN Merle takes a sabbatical to write a gothic romance novel set during the French Revolution. I’ve included several short chapters of her story throughout. I tried to make the Revolutionary-era chapters reflect what was happening in the main story, to tie them together. It’s a window into how the writer’s mind works— something happens to Merle, then she weaves it into the story she’s writing. I’m a big fan of books-within-books but they don’t always work. Fingers crossed for mine.

I do love history— I’ve written a couple historical mysteries— but I particularly love exploring the lives of people who lived back then, strangers all, and how they come alive in your mind, so that you care what happens to them, that they aren’t just bit players in some faraway story. I used a similar technique in Blackbird Fly, where some chapters are flashbacks, illuminating how the present came to be. Writing about another time in history is sort of like getting to live another life, don’t you think?

I love the covers of THE FRENCHMAN and others in this series.  They seem to be a blend of lightness and intrigue.  Please explain your thinking/choosing for your covers.

Thank you! I love them myself. I published the first in the series, Blackbird Fly, in 2009 as a stand-alone. When I decided to self-publish it (after some untoward publishing adventures) I figured: one and done. But it became my bestselling book so, after writing a couple thrillers, I went back in 2014 and wrote another Bennett Sisters Mystery based loosely on my own walking tour in France, and haven’t looked back. When I wrote the sequel, The Girl in the Empty Dress, I hired a talented cover artist to re-do Blackbird and do a similar cover for Girl, linking them with the shutters. They are similar to the weathered shutters on Merle’s old house in France. I’ve used them for the rest of the books, tweaking things but always using the shutters as a branding thing. They tie into France but also convey the idea that something is hidden and you must read on to find out what it is.

You and I have been in the “author business” for the same time—veterans since 1983.  You not only write novel length but have done short stories, articles and been a film reviewer as well as taught writing at conferences.  Do you have a favorite genre?  How do you balance all of that?

We are veterans! I salute you, Karen. It’s hard to stay alive in this business. I wish I could say I have a grand plan but I mainly take opportunities as they come. After being published by New York, I started a small press with Katy Munger to re-publish our backlist, then e-books exploded. We started a blog with other writers and did a short story anthology then a collaborative novel, the deliciously dark comedy, Beat Slay Love: One Chef’s Hunger for Delicious Revenge, written (somehow— hilariously) by five of us. Communing with fellow writers is such fun.

I’ve done some short stories for anthologies—like the upcoming Obama Inheritance, edited by Gary Phillips, but I love long-form fiction, really digging into characters. Series like the Bennett Sisters, where there are lots of people and opportunities to explore them, are like catnip to me. I teach a novel-writing workshop at the Jackson Hole Writers Conference every summer, using all those years of experience to help new writers.

Can you give authors who are considering taking the self-published route any advice?  Pros and cons?

A BIG question, so many opinions out there on self-publishing. One of the hardest things as a writer is to toughen up, to take criticism, to edit yourself, and to believe in yourself. Traditional publishing is hard enough; self-publishing ups the ante. I recommend taking the traditional route first, if you can. You will learn so much from the pros, including how not to do things. You will spend a lot of time doing marketing whether you traditionally or self-publish, so get used to that either way. It helps to like marketing, learning new software, all that. Or have deep pockets to outsource covers, editing, formatting, etc. There is still, it will not shock you to learn, a strong bias against self-publishing from the vanity days. You have to believe in your success, work hard, get better, focus on the positive, and be professional.

What will we see next from you?  More mysteries in this series?

My next two projects are spinoffs from the Bennett Sisters Mysteries. Merle’s gothic romance set during the French Revolution will be fleshed out as a novella. It’s called Odette and the Great Fear. And then a French cookbook with recipes from the dishes mentioned in the novels. With some wine pairings? Oh, why not? Then, yes, another Bennett Sisters Mystery, bien sûr. Lise McClendon is the author of fifteen novels of mystery, suspense, and general mayhem plus more than a few short stories. Her bestselling Bennett Sisters mystery series began with Blackbird Fly. She also writes straight-up thrillers as Rory Tate, the latest of which is PLAN X. Her short story is included in this fall’s noir anthology, The Obama Inheritance. She lives in Montana.

To learn more about Lise, please visit her website. 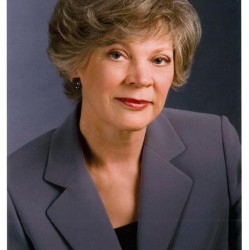 Published since 1982, Karen Harper is the New York Times bestselling author of contemporary suspense and historical novels about real British women. She is the winner of the Mary Higgins Clark Award for her novel, Dark Angel.Her her most recent historical releases are American Duchess, and in February, The Queen's Secret.