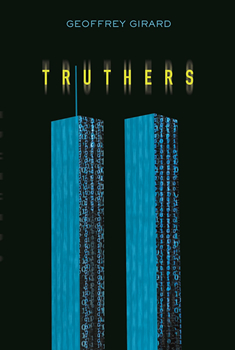 With TRUTHERS, author Geoffrey Girard delves into the 9/11 attack from a Young Adult perspective. Katie Wallace has never given much thought to the tragic event. She was only an infant when terrorists struck American soil. But now her dad has landed in a mental institution after claiming the attacks were part of a government conspiracy and that Katie is living proof: the lone survivor of a massive cover-up.

Hoping to free her dad and understand his bizarre fixation, Katie sets out to learn more and is drawn into the strange and secretive world of 9/11 conspiracy theorists. Wading through a dangerous web of fact and fiction, questions and distortion, Katie no longer knows what to believe. But she does know that she’s being followed—and that someone is determined to stop her search for the truth.

The Big Thrill recently reached out to Girard to learn more about this thrilling new tale.

I’m a high school English teacher and, in the blink of an eye, half of my students weren’t alive when 9/11 happened. And the only thing most of the older students know is the “conspiracy stuff.” Exploring the roots of our conspiracy-theory culture, the controversy of the 9/11 Truth movement, and the historic records of that fateful day, the speculative and introspective thriller TRUTHERS invites a new generation to learn about 9/11 and also the high costs, responsibility, and traps of searching for the “truth.”

One of my favorite thrillers/mysteries is The Name of the Rose, and how it uses the structure and excitement of a thriller to introduce the reader to a whole new world of ideas and historic discovery—medieval studies, philosophy, biblical analysis, literary theory, et cetera. My intention, in doing TRUTHERS as a YA, was to do the same with 9/11 and conspiracy culture for young adult readers in a balanced way that would get them thinking about that day and ways to find real truth moving forward.

Was there anything new you discovered, or that surprised you, as you wrote the book?

In researching conspiracy culture—starting with the Truther phenomenon that followed 9/11 and permeates, in different forms, almost every tragedy that has befallen us since—I was surprised and somewhat comforted to learn that it’s always been that way. For a thousand years, there has always been conflicting information and history with an agenda and “alternative facts.” It just arrives faster now with more bells and whistles.

Tell us a little about your main character, Katie Wallace. What’s her journey been like up until now?

Katie is a teen with little concern for things that happened fifteen years ago. Understandable. But then her father is locked up for claiming to know what really happened on 9/11, insisting he has evidence of an “inside job” and that Katie herself is not his daughter but, rather, living proof, a survivor, of US government involvement. To save her father, and discover her own past, Katie must navigate the clouded world of 9/11 conspiracy and “The Truthers.” She’s quite shaken at first, but she’s a smart and determined teen who starts sorting things out despite the many efforts of hidden forces who really are trying to keep her in the dark.

I’m a high school teacher “by day” and my students’ only interest in 9/11 is the conspiracy stuff. I thought Katie would provide a great path for them to the real history, current events, and toward thinking about how we get our info and how we might form some idea of ‘truth’ in a world where that seems harder to do every day.

What do you enjoy most about writing Young Adult fiction?

I write books for my own students and gravitate to the topics they’re interested in and want to know more about. My first job as a teacher is to find ways to get young adults thinking about—and questioning—their world and themselves. My young adult novels are usually driven by the idea that I’d like to introduce teens to something new; something they maybe know a little about, but there’s a whole other layer or two waiting to be discovered. Teens are an especially creative and thoughtful group; I just hope to drop some breadcrumbs for them and keep it interesting along the way.

It depends on the story, which I know sounds like a lame answer. But my first thriller was Cain’s Blood and it uses a lot of dramatic irony to drive the suspense. TRUTHERS almost goes the exact opposite direction: we learn things only as Katie does. I think both methods work. Another “trick”—a pal recently pointed out that I always seem to end my chapters just as all heck is about to break loose and leave it to the readers to take over from there. I think this helps keep the suspense up as readers can often imagine far worse than I’d have put on the page. 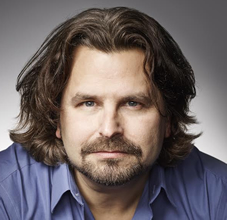 Geoffrey Girard writes thrillers, historicals, and dark speculative fiction for adults and teens. His first YA, the techno-thriller Project Cain, published by Simon and Schuster, was nominated for a Bram Stoker award in 2013 for “Superior Achievement in a Young Adult Novel.” His short fiction has appeared in several best-selling anthologies and magazines, including Writers of the Future. Born in Germany and shaped in New Jersey, Geoffrey currently lives in Ohio where he is the English Department Chair at a private boys’ high school. He has a BA in English literature and an MA and MFA in creative writing.

To learn more about Geoffrey, please visit his website.