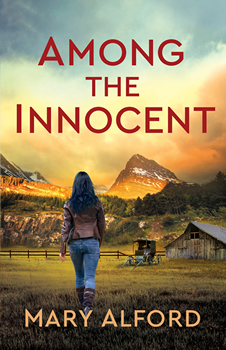 Crime set in the Amish community is coming your way in author Mary Alford’s latest thriller, AMONG THE INNOCENT. When Leah Miller’s entire Amish family was murdered 10 years ago, the person believed responsible took his own life. Since then, Leah left the Amish and joined the police force. Now, after another Amish woman is found murdered with the same MO, it becomes clear that the wrong man may have been blamed for her family’s deaths.

The Big Thrill recently caught up with Alford to discuss more about her latest release and what readers can expect from her next.

I had the plot in mind first for sure. I knew I wanted to write a story that featured a killer from the past returning to stalk the one victim he left behind. Creating the right characters to make the story come to life was critical. I chose to use two people who were tied to the murders from the past without really knowing it. Leah Miller was a young 16-year-old Amish girl when her entire family was murdered. Now she is a police officer and must work with the new chief of police, Dalton Cooper, to solve the murders and find the true killer. The setting in AMONG THE INNOCENT played a huge part as well. You have the remoteness of the Montana countryside and the small Amish community outside of St. Ignatius along with the Mission Mountains in the background that create their own form of suspense.

I love reading dark Christian romantic suspense stories that feature flawed characters that overcome their circumstances, a “bad guy” who is truly bad, and of course, there has to be a happy ending as well as a bit of a surprise that no one sees coming.

The biggest challenge was dropping enough hints along the way without giving the killer’s identity away. As a reader, I love when a story keeps me guessing about who the “bad guy'” is until the end. 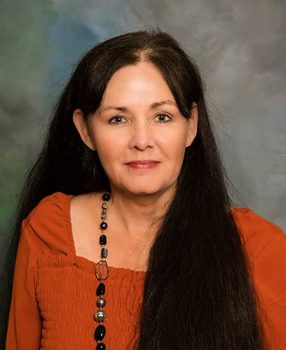 The biggest opportunity was being able to create a story that featured the Amish community as well as law enforcement from St. Ignatius, the Flathead Reservation, and the sheriff’s department. The story also features Leah’s adopted mother, Marge, who is the former chief of police’s wife. Marge is suffering from dementia, and we see the devastating effects the disease has on her as well as Leah. We also get a sense of the struggles Leah faces being back in the community where she grew up.

AMONG THE INNOCENT is set in St. Ignatius, Montana, and features the St. Ignatius Mission, which was built in the early 1890s. The mission features 58 original paintings by Brother Joseph Carignano. The Mission Mountain Range makes a beautiful backdrop for the mission. The mission as well as the Amish community and the town of St. Ignatius are all located on the Flathead Indian Reservation, which definitely makes for some unusual dynamics.

The story has a big surprise—actually two big surprises at the end that I hope readers won’t see coming.

I grew up reading Victoria Holt and Phyliss A. Whitney, and I loved the way these two giants in romantic suspense crafted stories that pulled me in from the beginning. They created characters that were easy to cheer for and settings that helped add an element of suspense.

What can readers expect from your book?

Hopefully, a rollercoaster ride filled with faith, romance, and suspense that will keep them turning pages until the end. And I hope they will be able to say, “I didn’t see that coming.”

Mary Alford is a two-time USA Today bestselling author who loves giving her readers the unexpected, combining unforgettable characters with unpredictable plots that result in stories the reader can’t put down. Her titles have been finalists for several awards, including the Daphne Du Maurier, the Beverly, the Maggie, and the Selah. She and her husband live in the heart of Texas in the middle of 70 acres with two cats and one dog.