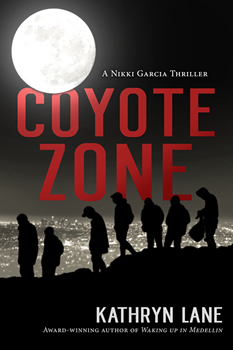 Nikki Garcia is an unlikely Sam Spade: a former international auditor who turns private investigator and lands an assignment in Mexico to find a missing ten-year-old child, Bibi Lombardi. Bibi’s estranged parents are fighting over her custody and one of them could even be responsible for her disappearance. It’s an easy child snatching case – right? Nikki pursues a trail of dangerous criminals through designated UNESCO locations, archaeological sites, picturesque colonial towns, and barren deserts. But when Sofía, Bibi’s mother, receives a ransom request, Nikki is already undercover with a gang of “Coyotes.” Nikki’s boss and fellow private eye is certain someone purposely provided misleading information on the abduction to prevent Nikki from recovering the child. Or is the kidnapper headed north to the U.S. border, where Bibi’s fate could be much worse than her current situation?

I hope readers of COYOTE ZONE, a work of fiction, will take away two principal benefits:

COYOTE ZONE makes a contribution to the mystery and international thriller genre by:

a) Presenting a different angle on the genre of the mystery/suspense thriller because it deals with human trafficking from Mexico to the U.S.
b) An American woman goes undercover to try to save a ten-year-old girl who has been kidnapped by a “coyote,” a human trafficker, and places herself in great danger in Mexico.
c) Most of the action takes place outside the U.S.

As I was completing the book, a tragic human trafficking event occurred in San Antonio, Texas, where at least ten people died. In that real event, the human cargo was intended for Houston, the same destination as in my fictional novel on human trafficking. My novel speaks on trafficking from a totally different perspective than the news, but the surprising aspect to me is that the media continued to cover this story with the obvious benefit of not only raising awareness of this unfortunate activity that harms so many people, but also the involvement of law enforcement resulted in the arrest of at least 37 people in the San Antonio incident.

You will experience historic and exciting locations in Mexico, enjoying the best of what that country has to offer, but you will also see the criminal element and their hangouts and way of life.

Lee Child – his twists and turns draw you with the story. What’s next?
Frederick Forsyth – the variety of his stories and the placement of them in various countries. Examples are Day of the Jackal and The Kill List. 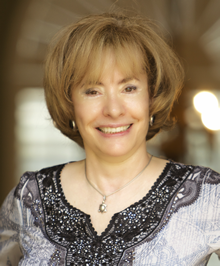 Award winning author Kathryn Lane writes fiction inspired by Latin American cultures she experienced firsthand growing up in Mexico and during her career as an international finance executive. Her debut novel, Waking Up in Medellin, released by Pen-L Publishing in 2016, was also released in Spanish, Despertando en Medellín, in March 2017. The second novel in the Nikki Garcia Thriller series, COYOTE ZONE, will be published in October of 2017.

Alamo Bay Press released Backyard Volcano and Other Mysteries of the Heart, an anthology of Kathryn’s short stories, in April 2017. Her short fiction contains the fusion between fantasy and reality, often layered with symbolism and punctuated by hints of surrealism.

The Association of Writing & Writing Programs (AWP) featured Kathryn as a reader on the panel of Arriba Baseball! in Seattle in February 2014. She is a finalist for the Killer Nashville 2017 Silver Falchion Award for Fiction and scheduled as a panelist for their Writers Conference in August 2017.

For the past three years, Kathryn has served on the panel of judges at Carver High School in Houston, Texas, for their finals in the Poetry Out Loud contest. Her own poetry has been published in numerous anthologies, journals and two chapbooks, A Conversation on India and Spirit Rocks.

Kathryn’s novel, Waking Up in Medellin, was named a 2016 Pinnacle Award winner by the National Association of Book Entrepreneurs (NABE). In 2016 the Greater Conroe Arts Alliance honored her with a Montie Award for Pursuit of Excellence. The Rotary Club of The Woodlands recognized her with a second Paul Harris award for her service to the community. Kathryn also serves on the Montgomery County Literary Arts Council. Her novel, Waking Up in Medellin, is a finalist in two mystery competitions – the results will be known later in 2017. She resides in Houston, Texas, with her husband, Bob Hurt.