With every novel this author pens, fans receive a never-ending supply of “hunky heroes and kick-butt heroines.” The works gifted with a plethora of storylines that include thrills, suspense, action, romance, and the paranormal. The “teams” are unforgettable; from their ability to save the day and fight evil, to the hot and heavy relationships that make the heart race out of control, Paige Tyler has carved her own unique niche—a niche that covers a variety of genres, creating a master blend of everything a reader craves.

The X-OPS series has fans intrigued and excited. Is there a set plan as to how many there will be?

For all those readers out there, you’re going to squeal over this answer. Essentially, the way I set up the overarching storyline for the Department of Covert Operations with the intrigue and backstabbing—and the myriad of subplots and endless cast of secondary characters—I don’t intend for this series to end.

Currently, I have the first ten books outlined, with basic conceptual material for at least another dozen or so. While each story spotlights a primary team, I also work really hard to weave in extra characters and plots to utilize in future books. There’s also that larger drama developing, with the DCO operatives fearing that they’re working for an organization which might be even more evil than the bad guys they go after. I think readers are going to love having the X-OPS series around for a long time to come!

Were you a personal fan of romantic suspense before beginning your writing journey? If so were there any authors that stood out for you?

I always read romantic suspense, but it wasn’t something I went out of my way to look forat the bookstore. Suzanne Brockman and her Troubleshooter series are incredible; I read those books like I was an addict. Her formula of multiple characters and subplots became a how-to for me as I began X-OPS.

What attracted you to the blending of military with paranormal heroines? Did the spark come from the fact that you have a military husband?

My hubby is actually very involved in my writing. Even when we were first dating, I’d be sitting on the couch with a notebook and pencil (a real notebook with actual paper) writing a story and asking him what kind of weapon a bad guy might use, or how a fight scene might occur. While he always helped, he never wanted to explore stories about military heroes; it was simply an aspect of his life he’d always considered private. After he got out of the military, his reticence to touch on those memories slowly faded.

It was a conversation during dinner with one of my favorite writers, Monette Michaels—a person I like to think of as a mentor—and one of her writing friends, Linnea Sinclair, that first brought about the idea. She suggested I use my hubby’s military experiences to lend a uniqueness to my books that other writers might not have. I’d been writing some werewolf stories at the time and thought, “Wouldn’t it be cool to blend military elements with paranormal/shifter elements?” Hubby really got behind it, and our biggest problem soon became how to keep the stories down to a manageable size—the first draft of Her Perfect Mate was over 140,000 words.

Some authors and publishers find it difficult to categorize cross-genre fiction. In your opinion, what’s the foundation of your work?

The primary draw comes from the romance world, though the books have also pulled in a huge number of readers from the suspense and action genres. I definitely got a personal education in categorizing books when it came to finding an agent for the X-OPS series. Many simply wouldn’t touch it once they saw it was paranormal. I received comments like; “That’s not in right now” or “I have no idea where to market this.” Today, the series is specifically marketed as romantic suspense. Funny thing is, I get approached by many people who tell me they read the book purely because of the “shifter” element, which makes me think the paranormal isn’t as “out” as some would have you believe.

As a visual society, how much stock do you put into the cover art drawing new readers in?

Face it, most of us get drawn in by the visual first. It’s not just books; it’s the food we decide to try, the cars we decide to test drive, even the people we decide to date. Packaging matters. So when it comes to grabbing a new reader’s attention, if your cover doesn’t nail it on the instinctive level you’ll face a serious uphill battle. Thankfully, Sourcebooks has a great cover art department. I practically have to wrap my author copies in plastic to keep from messing them up with my drool!

Is there a specific hunk you would love to have on the cover of a future book?

Shifters is a subject that has grown in the past few years. What made you want to include this particular power?

I’ve always been drawn to shifters, so including them into the DCO teams—partnering them with military/law enforcement types—seemed like a perfect combination. There’s also the ability to explore the dynamic: One of Them with One of Us. Elements of mistrust, prejudice, hatred, and fear come into play. Those are some seriously powerful forces that drive the overall team relationships.

Is there one genre you have yet to explore that you would like to in the future?

Funny you should ask. As it turns out, I’ve been playing around with a series that’s a completely new genre for me—dystopian YA. Hubby and I were just batting around an idea (details are classified, but there will be zombies involved!), when it became obvious we were talking about a dystopian YA approach. I was shocked to say the least. The idea has continued to develop and I’m getting really excited. Now I just need to find time to write them. Not that I’m complaining about being busy, mind you. The books are in there; I just have to get them on paper.

You know the song, “We Didn’t Start the Fire” by Billy Joel? Same concept applies here. People were gasping when Shelly wrote Frankenstein. The world is constantly changing, but for some reason America still has an issue with the subject. You can’t really ban sensuality—it exists. Although I do write erotica occasionally, there are still novels/subjects I have no interest in ever personally reading. But someone does or it wouldn’t exist, right? I keep a simple mindset: if you don’t want to read something—don’t.

Time to talk new release: HER LONE WOLF (X-OPS 2). Can you let fans in on some secrets?

HER LONE WOLF continues the story of the Department of Covert Operations, a top secret organization buried deep within the Department of Homeland Security. The hero, Clayne Buchanan, is the wolf shifter introduced in Her Perfect Mate (X-Ops 1). Let me just say, he doesn’t currently have a partner, but he does have one heck of an attitude. In this book, you get to see why.

And we come to an end. If you could have lunch with one author, living or dead, who would it be and why?

Besides Suzanne Brockman, (whom I’ve already met!), I’d love to have lunch with Johanna Lindsey. Her alpha-male heroes and feisty heroines are the essential role-models for the characters I love to write. I also want to meet Lisi Harrison, the author of the first set of Monster High books. I’m crazy about Monster High!

Just as fans have proven crazy for the romantic, thrilling adventures Paige Tyler creates. Not only will the sublime shifters increase the average pulse rate, but knowing there are a bevy of them yet to come—as well as a brand new trek through the dystopian YA world—makes the future look more than promising!

Paige Tyler is a USA Today Bestselling Author of sexy, romantic fiction. She and her very own military hero (also known as her husband) live on the beautiful Florida coast with their adorable fur baby (also known as their dog). Paige graduated with a degree in education, but decided to pursue her passion and write books about hunky alpha males and the kickbutt heroines who fall in love with them. She is published with Blushing Books and Sourcebooks. 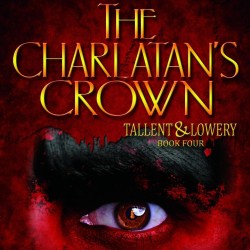 Latest posts by Amy Lignor (see all)
0
No Comments Yet