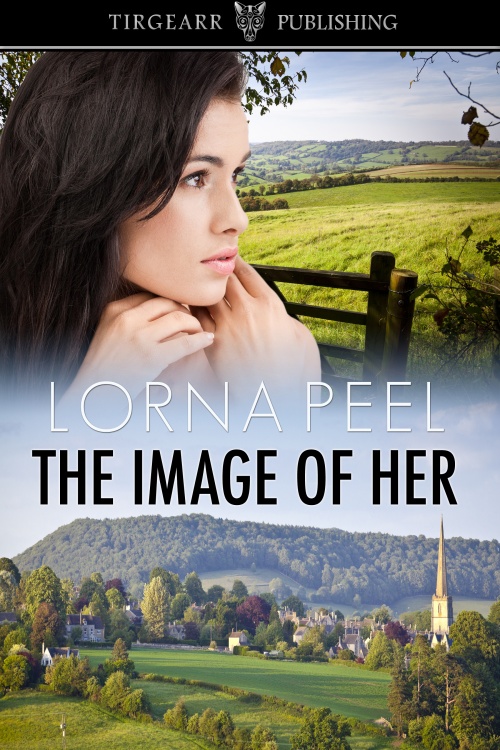 When it comes to author Lorna Peel, readers not only receive fascinating tales—both contemporary and historical—but they also receive the bounty that comes from the incredible amount of research this author completes.

Her interest in genealogy once sent Peel on a quest to delve into her own family tree. In her stories, she offers up angles that send her characters on journeys to uncover their own pasts. Living in a locale filled with history and legends, Peel remains one of the best when it comes to bringing research, creativity, and, of course, amazing romance to the written word.

We asked her about all of these things and more in this The Big Thrill interview.

Writing in both contemporary and historical genres—can you speak about the pros and cons of dabbling in both? How do you manage “multiple” brands?

I find switching from one genre to the other keeps my writing fresh. I haven’t come across any cons yet, and I hope I don’t as I’d like to continue writing both.

I don’t find managing multiple brands difficult as my novels all include a central romance, just in different sub-genres. So far, I have had three novels published—two contemporaries and a historical. In time, when more of my novels are published, I will separate the two sub-genres on my website so visitors will have the choice of visiting one or the other, or both.

Do you have a particular favorite between the two? Such as, does leaving the “present” plain to step back into the past give a certain thrill that contemporary doesn’t?

I’ve always loved history, so if I had to choose, I would choose historical. But I love writing contemporary fiction too. Both my novels, Only You and THE IMAGE OF HER, feature genealogy—a mystery set in a character’s family tree—and I find it easier to include the genealogy mystery in a contemporary novel as I can include and describe the research I’ve done on my own family tree, on and offline.

When I write a historical, I love including aspects of social history which are, thankfully, gone now, such as how extremely difficult and expensive it was to obtain a divorce, the lack of women’s property rights, women not being allowed to vote, etc. As much as I love history, I love living in the present day.

Born in England, lived in North Wales, moved to Ireland…is there a certain mystique about that part of the world? In books set in these locales, the heroes and heroines, the castles and “dragons” (depending on the genre) all seem so amazing; does it aid your writing in being there among those surroundings?

Where I live in Ireland, I am surrounded by landscapes which have stories and legends attached to them going back thousands of years. I haven’t set any novels that far back as they would be fantasy to a certain degree, and that isn’t really my cup of tea. I have set some historical novels in Dublin in the 1880s. My own ancestors came from Dublin and I’ve done a lot of research into their lives. I’ve also lived in Dublin so I know the city well, and I can “see” the houses and streets I’m writing about in my head, which is an enormous help.

What is the “must have” you need in order to write (silence, music, writing outside…)? What does the Lorna Peel office/den look like?

It all depends what I’m doing. If I’m actually writing, then I need silence, but if I’m making notes or doing some research for a novel, I can do that with music or the TV in the background.

I generally do research in my office, which is a spare bedroom with bookshelves containing lots of genealogy and local history books, a filing cabinet, and my computer. I do all my writing seated on the sofa in a corner of the living room with my back to the window and my laptop on my lap. I like to be comfy and not distracted when I write.

Is there one particular writer’s work that helps you further your own? Was (or is) there a Lorna Peel mentor?

Not really. At school I was never encouraged to write creative fiction. I had an English teacher who actually forbade me and my class from writing imaginative composition. I was determined not to be discouraged and I waited until I left school to start writing novels. So, it’s really my own stubbornness which got me started and which keeps me going.

Could you tell readers about your newest release, THE IMAGE OF HER?

THE IMAGE OF HER follows Rachel Harris who was abandoned as a baby on the steps of a church-run children’s home, fostered, and then adopted at a year old. She’s just turned 30, and decides to give one last attempt to finding her birth mother, but great efforts are being made to obstruct her search and break up her relationship with her clergyman boyfriend. Why, and who by? Those are the questions…

Summer? I live in Ireland! The last summer in Ireland was back in 2013, when there was a heat wave! It’s all or nothing in Ireland. Seriously, though, during summertime its things apart from the weather I have to take into account when finding the time to write. I grow my own fruit and vegetables, so they must be planted/sown, weeded, occasionally watered, and then harvested. I also keep chickens, so they need an eye kept on them, too. In winter, they are locked in their shed when it gets dark between 4 P.M and 5 P.M., which leaves the whole evening free for writing. During the summer months, they don’t get locked in their shed until between 9 P.M. and 10 P.M. Because of this, I do write less in the summer, and it’s usually late evening or at night, but I do try and make an effort to write something every day, no matter how little.

What comes next? Do you wish to do a series at some point?

I recently completed book three in a series set in 1880s Dublin. I’ve put it aside for a little while so I can self-edit it with “fresh” eyes. In the meantime, I’m currently making notes for book four and doing some research for it.

Your characters are extremely bold and never wishy-washy, which as a reader is always a breath of fresh air. How do your characters and plots “come” to you?

Life is never straight forward, so I always try and approach characters and plots from a different angle and place many unique obstacles in the characters’ way.

In Only You, it was about what it would be really like to be in a relationship with someone famous, but you wish they weren’t famous because you are a private person with trust issues who prefers to live a quiet life. Could you love that famous person enough to be able to put up with the invasion of your privacy? It’s a dilemma. So I created Jane Hollinger to try and come to a decision.

With Into the Unknown, Kate Sheridan has to deal with the hardships and prejudices faced by Irish people living in England during WWII. The Irish Free State declared itself neutral and it did not go down well. Through Kate, I wanted to show a different perspective of World War Two—from one of the many Irish people who joined the allied forces.

I’m not adopted, but like Rachel Harris from THE IMAGE OF HER, I have always been interested in my family tree and where my ancestors came from, as well as what they did for a living. So I decided to write about what I knew—a novel which involved genealogy—but romance and mystery, too. I had also just unearthed a distant ancestor who was a Church of England clergyman. I was doing a lot of research into him, so Rachel’s boyfriend, Matthew Williams, became a clergyman and the church became involved.

A question I always like to end with: If you were given the chance to lunch with one writer/character, who would that be, and what would be the one thing you’d like to know from them?

It would have to be historical novelist Sharon Penman. I bought her Wars of the Roses novel, The Sunne In Splendour, while on a school trip to Belfast more than 20 years ago and I’ve been a fan of her novels ever since. She’s also the author of my favorite medieval trilogy: Here Be Dragons/Falls the Shadow/The Reckoning. They are all set in north Wales not far from where I grew up. I’d ask her whether she finds the research she carries out for her novels intimidating. A huge amount must go into her novels but it never shows.

Readers can say the same thing for Lorna Peel’s novels. The amount of research she does makes her books truly unforgettable. It’s not a stretch to say fans are extremely happy she never listened to that English teacher. 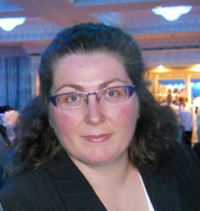 Lorna was born in England and lived in North Wales until her family moved to Ireland to become farmers, which is a book in itself! She lives in rural Ireland, where she writes, researches her family history, and grows fruit and vegetables. She also keeps chickens (and a Guinea Hen who now thinks she’s a chicken!).

To learn more about Lorna, please visit her website.