Alex Shaw is a bit of an enigma to me. On the one hand, he’s created a fictional ex-SAS-now-MI6 operative and, Shaw acknowledges, “Aidan Snow is me if I’d been in the SAS.” On the other hand, he’s written a stageplay about a time-traveling, double-glazing salesman (a replacement window salesman, for all of us non-Brits) and he’d like to see Ricky Gervais in the lead role.

On the third hand (?), he used to teach drama at an exclusive private school in Ukraine. Isn’t drama a way of life for teenagers? Why would he have to teach that? And did the parents of his students know of the fictional worlds he was creating in his head? I guess they were impressed by all the letters that followed his name. B.A., for one, but I’ve got one of those so it can’t be too impressive. I don’t even know what a “P.G.C.E.” is, so I’m impressed there. I wonder if the Queen gave that to him with a sword blade on his shoulder—he lives in England, after all.

But he also sometimes lives in Kyiv (more on that, later) and has spent a good deal of time travelling Eastern Europe, Africa, and the Middle East for some small company called Siemens.

“My scariest experience was being smuggled through a Hezbollah checkpoint in Lebanon. My oddest evening was drinking whiskey at the British Embassy in Saudi Arabia with some very high-up Saudi officials.”

His current literary work is COLD BLACK, and it is the second full-length adventure of Aidan Snow. Here is how Alex describes it:

It’s already garnering good reviews, such as this one:

The story itself is an ambitious one, with several strands in different locations running in parallel until drawn together in the conclusion. There’s plenty of opportunity for the novel to lose itself, but the author pulls it off admirably.

I asked Alex some of the mundane questions we all expect from an author interview, and one answer I particularly liked was from the “how and where do you write” bromide:

“I like to write on location whenever I can. This entails wandering and wondering. I love sitting on the terrace of a café, sipping chilled vodka and watching the world strut by. Thus far I’ve been lucky enough to be able to do so for the majority of the time—write where my books are set, I mean, not just sit and drink vodka.”

Sitting and drinking vodka. Now I am beginning to understand the time-travelling window salesman.

Current events don’t normally have a place in these articles, but that is going to change for this one. I asked Alex to talk a little about what is happening in his adopted homeland, and here is his answer.

“Russia decided it couldn’t accept a democratic Ukraine for a neighbor so they stole Crimea and invaded the Eastern regions. Putin claims he is protecting the rights of ‘Russian speakers’ in Ukraine but the only discrimination has come from Russia throwing the Tartars out of Crimea and banning the Ukrainian language! Ukraine as a nation is older than Russia, yet Putin in his arrogance believes Ukraine is Russian territory.

“I’ve had to reassess the storyline for my next Aidan Snow thriller to ensure that it is not overtaken by events in Ukraine. But there comes a time when you have to sit back and say ‘ok my novel is a work of fiction and not a documentary or agitprop,’ (which ironically as a word is Russian in origin). I will continue to write about Ukraine, the real Ukraine and the Ukrainian people.”

Thanks to Alex for speaking with THE BIG THRILL.

Alex Shaw spent the second half of the 1990s in Kyiv, Ukraine, teaching and running his own business consultancy before being head-hunted for a division of Siemens. The next few years saw him doing business across the former USSR, the Middle East, and Africa. He is a member of the International Thriller Writers organisation, the Crime Writers Association and the author of the Aidan Snow SAS thrillers. Alex, his wife and their two sons divide their time between homes in Kyiv, Ukraine and Worthing, England. 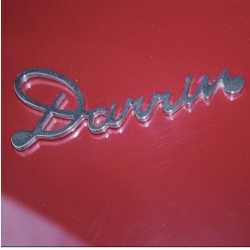 Latest posts by John Darrin (see all)
0
No Comments Yet