As Charlie Cochrane couldn’t be trusted to do any of her jobs of choice—like managing a rugby team—she writes. Her favorite genre is gay fiction, sometimes historical (sometimes hysterical) and usually with a mystery thrown into the mix.

This is Charlie Cochrane’s official brief bio. Anywhere you find something written about Cochrane, you learn that she claims to be basically unemployable, and she thinks she knows something about rugby. In this interview with The Big Thrill, Cochrane tells us why—and also introduces her 29th full-length book, and the 13th in her Lessons series, Lessons in Chasing the Wild Goose.

It’s not clear why Cochrane feels she is unemployable for several reasons. First, she is employed. Second, being a Cambridge graduate and an Applied Biologist she would, at a minimum, be more in demand than an Abstract Biologist. And finally, she has a history of quite impressive employment—such as training school governors. However, she would like to be the first woman to play cricket for the England men’s team—and in that particular instance, she probably is unemployable.

As for rugby, she says, “the sport has the theme of respect running through it, which means you can have women refereeing men’s games and it isn’t a problem. In fact, the best referee in the world is gay and no-one bats an eyelid.”

But, about her new book… I had to ask about the book’s title as I thought it must be a reference to some obscure British matter. This conclusion was based on the number of times I needed clarification on such things as David Duckham’s thighs and the Theban Band and other nuggets that Cochrane casually drops like discarded peanut shells on the floor of some pub named The Ruck & Scrum, or some such. Just shows how easily I can be intimidated—the title simply refers to a wild goose chase. I know what those are.

As Cochrane’s fans already know, protagonists Cambridge Dons Jonty Stewart and Orlando Coppersmith like nothing more than being handed a mystery to solve. So when an old friend asks them to investigate the suspicious death of a man who apparently has no enemies, they can’t resist the challenge. They’ve solved a dozen mysteries before, after all, so it’s perfectly logical to tackle another riddle. But none of the clues seem to make sense, and somebody is clearly trying to muddy the already murky waters. Why would anybody murder a man with no enemies? And was it even murder in the first place?

I initially caught up with Cochrane as she was preparing to take a cruise with her husband. To Norway. In February. I suspect on an icebreaker. The questions that I had for her were, as she put it, not “the sort of ‘If you were in a tight corner and had to rely on one of your characters which would it be?’ type things.” Along with the turmoil of her getting ready to freeze on some ship, I hoped my unorthodox questions would give us all a little insight into Cochrane beyond her bio. I was not disappointed.

For example, she is a fan of BBC mysteries. When I got her to expand on this a little and how these shows intersect with her experience and writing, she commented that “if Oxford were like it’s depicted in television dramas, it’d be the murder capital of Britain. And as a Cambridge alumna, I admit this scenario amuses me to no end.”

Then she explained her references to Duckham’s thighs and Theban Bands. “David Duckham is one of the greats of English Rugby and his legs could have graced a statue of Apollo.”

And Thebans? Cochrane chastised me, as a history major, for my lack of knowledge. According to Wikipedia (a favorite site of mine when translating Cochrane), “The Sacred Band of Thebes was a troop of select soldiers, consisting of 150 pairs of male lovers which formed the elite force of the Theban army in the 4th century BC.” Cochrane admits she’d like to write a book about them but, as a scientist, she’s a bit daunted by the research required to do it right.

Cochrane is the married mother of two daughters, and I wondered how they responded to what one critic called the “many hot sex scenes” in her books. She says, “I don’t think I’ve written a hot sex scene, ever. Certainly not an explicit one. Maybe the reviewer has a similar feeling towards sex scenes as I do—whether reading or writing—and anything more than ‘fade entirely to black’ is a touch too steamy. I always say that I write anything saucy with my eyes shut.”

Her daughters’ favorite saying is, “What’s Mother been up to, now?” Charlie says. “My life is one long parade of me doing stupid things. Like the day I nearly put my eye out with a baguette. Or accidentally shaved off half an eyebrow.”

Baguette and eyebrow aside, I sincerely doubt Cochrane is one long mishap. Writing and publishing 29 books and untold short stories calls for some significant level of discipline and talent.

“Wing it, wing it, wing it,” she says. “You see, when I write a mystery it’s like I’m watching the story unfold on the television or hearing it on the radio. As a reader, I want the thrill of being taken along on a journey with the characters I encounter and that’s what I’m trying to do when I write.”

Providing Cochrane survives her encounter with the elements in Norway, we’re looking forward to book Number 30. 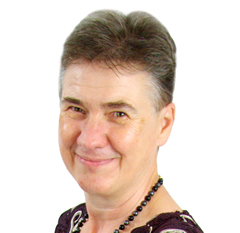 Because Charlie Cochrane couldn’t be trusted to do any of her jobs of choice—like managing a rugby team—she writes. Her mystery novels include the Edwardian era Cambridge Fellows series, and the contemporary Lindenshaw Mysteries. Multi-published, she has titles with Carina, Riptide, Endeavour and Bold Strokes, among others.

A member of the Romantic Novelists’ Association, Mystery People and International Thriller Writers Inc, Charlie regularly appears at literary festivals and at reader and author conferences with The Deadly Dames.

To learn more about Charlie, please visit her website.