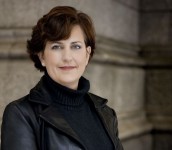 The Devil's Elixir by Raymond Khoury

The Catalyst by Boyd Morrison