July is the perfect time to pop in your earbuds and take your mystery listening outside—to the beach, on the trail, or settled in on your shady porch. This month’s selections include high-intensity listens from longtime favorite authors, including David Baldacci’s latest gripping standalone mystery, THE 6:20 MAN. Fans of mysteries and Jane Austen will delight in a new story from Claudia Gray featuring some favorite characters—and the murder of the not-so-beloved Mr. Wickham. Catch our video with narrator Billie Fulford-Brown below and read on to discover new excellent listening to enjoy all month long. 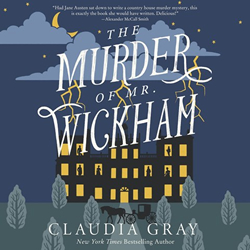 THE MURDER OF MR. WICKHAM

Narrator Billie Fulford-Brown’s sparkling character portrayals and expressive tone create a theatrical experience of this enchanting Regency mystery featuring favorite characters from Austen’s novels. At Donwell Abbey, Emma Woodhouse-Knightley (Emma) hosts a month-long gathering of her friends, including Elizabeth and Fitzwilliam Darcy (Pride and Prejudice), Captain Frederick and Anne Wentworth (Persuasion), and Fanny and Edmund Bertram (Mansfield Park). When Mr. Wickham arrives and interrupts the festivities—and then is found dead—it becomes clear that nearly everyone had a motive for his murder. Fulford-Brown’s multidimensional characterizations are a marvel, and her male voices are especially impressive.

Hear Billie’s insights into the fun of recording THE MURDER OF MR. WICKHAM in her narrator video: 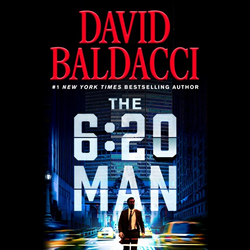 Listeners are treated to a young Jack Reacher-like ex-Army Ranger named Travis Devine, who is perfectly portrayed by narrator Zachary Webber. Devine is a trained fighting machine, and the complex story revolves around murders that are taking place in the financial institution he works for. Webber masterfully differentiates the other male characters, including a Russian hacker, by varying his timbre, pacing, and accents. Narrator Christine Lakin does an excellent job of providing well-matched voices for the key female characters, while Mela Lee does the same for the secondary female roles. The narrators’ performances are gripping—this is a page-turner of an audio experience. 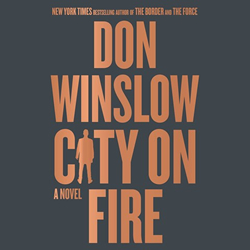 Ari Fliakos brings a cool reserve as he narrates this 1980s gangster story based on Homer’s Iliad. A truce between two criminal families breaks down when a beautiful woman sets young mobsters against each other. Fliakos shines as he depicts the heartbreaking tension between the men who love Pam, a stand-in for Helen of Troy. As the bodies stack up, and Fliakos lets an edge of menace into his tone, an evocative climax unfolds. CITY ON FIRE delivers for thirsty crime-fiction aficionados. 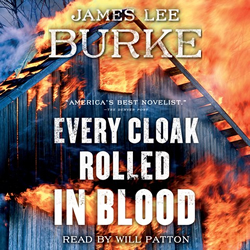 by James Lee Burke | Read by Will Patton

James Lee Burke couldn’t have a better narrator than Will Patton to lend his voice and skill to the story of 86-year-old Aaron Broussard, a novelist living in Montana who is trying to find justice in an unjust world. Patton’s gruff but gentle voice tinged with the experiences of a hard life allows listeners to comprehend how Broussard deals with his complicated reality, either haunted by ghosts or in the throes of senility. Broussard must figure out what to do to make things right, even settling a centuries-old massacre. 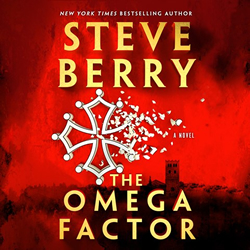 Golden voice narrator Scott Brick captures the high-stakes intensity of a conspiracy that could rock the Catholic Church. This standalone thriller features a new protagonist, Nick Lee, a field operative for UNESCO who comes to Belgium to see his one-time fiancée, Kelsey. She’s now a nun working on the restoration of a long-missing panel from the famed 15th-century Ghent Altarpiece. Nick arrives minutes after a fire destroys the panel, and he and Kelsey pursue the arsonist, who has also stolen the only extant images of the panel. Listeners should have no trouble following the many characters and subplots, thanks to Brick’s subtle use of accents and tonal changes, and the author’s sure-footed execution of this absorbing story.