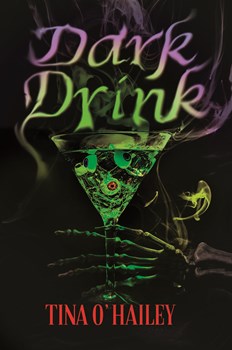 Jude and Mercedez have kept secrets from each other.

Jackson’s suicide haunts Jude. She burned all evidence of her brother’s depravity. One less monster in the world, right?

Mercedez is the last living witness to a teenage amateur horror film that ended with a gruesome death. She never told.

The characters took shape first. Jude kicked down the door (while I was writing a YA Dark Fantasy, I might add—rude) and Mercedez soon followed. They demanded I explore their story.

While I like horror, people can be scarier than the monster lurking under your bed.

Jude’s character is Ace. Mercedez is black-trans. It caused a re-write or two to make sure that Mercedez had her own voice in this book. I started out by wanting characters that didn’t want to deal with sex. It is difficult for me to write. (Or read.) That one request blossomed into a deeper understanding of these two co-dependent women.

I crafted this book to make sure the reader trusts no one. The narrators are not dependable, and the reader is just as trapped as they are.

Jude is a caver. When she’s not working as the second female in the VP motorcycle motorcade or whipping up videos for her mixologist hobby, she goes caving.

I read everything. Horror. Thrillers. Sci-fi. Not romance.

Cormac McCarthy’s Blood Meridian is an annual read to remind me what perfection is. I’ll devour anything by Tess Gerritsen for pacing and punchy chapters. Lisa Gardner’s The Killing Hour is my favorite for misleading the reader. Adrian Tchaikovsky’s Children of Time is perfection for plot reveals. Some of Koontz’s work has snappy dialogue which infected me. Chelsea Quinn Yarbro’s Count Saint-Germain series inspired me as a teen. I can’t touch her amount of research. Yet.

Q: What’s the difference between the Dark and Darkness series?

A: Both series take place in the Darkness Universe.

The Dark series, of which DARK DRINK is book one, is unaware of the fantasy element in its own world. There is no time-travel, no other beings besides humans as far as the main characters are aware.

The Darkness series contains time-traveling Vechey, mysterious eternal shamans who seem to control more than they let on, and covers vast amounts of time. The Vechey come in contact with humans in the Darkness series and usually cause mayhem.

A careful reader can see beloved characters cross between the Dark and Darkness books. The Darkness Universe spans a time period of 250,000 years. So far.

Tina O’Hailey is an animation professor, a caver, and an occasional mapper of grim, wet, twisty caves (if she owes a friend a favor or loses a bet), whose passion is to be secluded on a mountain and to write whilst surrounded by small, furry dogs and hot coffee. Tina was once struck by lightning.

She has served as an artistic trainer for Walt Disney Feature Animation, Dreamworks, and Electronic Arts. Any movie credit she has is minimal and usually found in the special thanks section. The meager credits do not account for the great honor it was to teach talented artists who worked on numerous feature films and games.

She has authored animation textbooks Rig it Right, Hybrid Animation published by Focal Press, and the Darkness Universe novels Absolute Darkness, When Darkness Begins published by Black Rose Writing. O’Hailey is a member of the NSS, VES, and International Thriller Writers.

Her favorite motorcycle is her BMW R1200C—mathematically perfect for her short legs, turns on a dime, and is the ugliest bike ever.