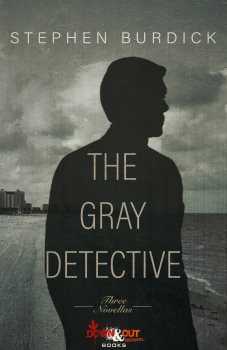 Homicide detective Joe Hampton and his wife, Joyce, had planned to move to Clearwater Beach, Florida, once he retired from the Philadelphia Police Department. After Joyce unexpectedly passes away, Joe goes ahead with the move. Once he’s settled in the Crimson Conch condominiums, his hopes of starting over again are realized—until a series of murders upends his plans for a peaceful retirement.

Finding the body of a resident in the channel behind the condominiums, Joe is drawn back into the world of criminal investigation. A rocky beginning with Detectives Carly Truffant and David Sizemore develops into a successful partnership as Joe assists them in their search for the killer.

His inability to resist the “old itch” that made him a successful homicide detective keeps Joe in the game when he is called upon to help solve more murders. He continues to struggle with the loss of his wife and his undying love for her along with the responsibilities of day-to-day living. An added complication is his uncertainty as to whether or not he should remain in Clearwater Beach.

Setting—Florida is a great place for all genres.

I have always enjoyed the procedures employed and the avenues taken by detectives to solve a mystery.

Randy Wayne White—I’m drawn to his Doc Ford series set in Florida. He is an inspiration and has offered encouragement the few times I’ve met him.

Robert B. Parker—The unique character of Jesse Stone and his troubled life.

Stephen Burdick was born and raised in Florida. He is a retired civil servant currently living in the Tampa Bay area. He enjoys getting together with friends and attending various events.

Now or Never by Ann Simas

Crawl on Your Belly All the Days of Your Life by William J. Donahue