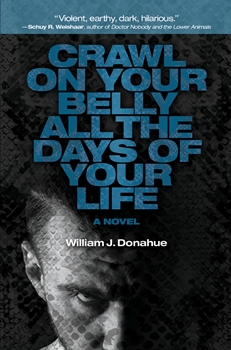 Sid Carver’s reckless decisions have left him without a family, without a career, without an identity. His trajectory changes when he meets a curious stranger named Holly Tithe. Just as Sid begins to envision a path toward reinvention, new obstacles—and new adversaries—stand in his way. One of them is a Neanderthal-like brute who has won Holly’s affections. As Sid’s darkest impulses take root, he must decide which role he wants to play in the life he has left, predator or prey.

William J. Donahue recently spent some time with The Big Thrill discussing his latest thriller, CRAWL ON YOUR BELLY ALL THE DAYS OF YOUR LIFE:

Character. To me, everything starts with a fleshed-out character and the challenges he or she faces. How the character reacts determines the story’s direction. 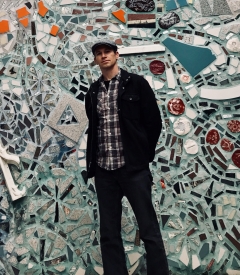 I have been attracted to darker stories since I was 10 years old. Naturally, I felt drawn toward horror and thrillers when I started reading for enjoyment and, later, writing.

The book has elements of romance. The biggest challenge, I think, came from making sure I didn’t veer too far in that direction. The story also has a lot of darkness, so I had to provide some lighter moments to balance the heavy stuff.

I realized that the horrors of everyday life can be just as frightening as monsters and humans with bad intentions.

The book jacket alludes to this, but the story has a lot of snakes, which I have loved since I was a child. Snakes tend to get a bad rap; they’re much more intelligent, interesting, and merciful than most people think.

So many: Peter Benchley, John Updike, Jim Harrison, Philip Roth, Elizabeth Strout, Michael Chabon, and Annie Proulx, to name just a few. Of those, Benchley is probably the only one whose stories fit neatly in the horror/thriller genre. The rest are just great storytellers who really know their way around a sentence.

I love writing dialogue, and I’m told it’s one of my strong suits. I’m always interested in conversations about dialogue and how to describe characters’ conversations that sound realistic but are also more dynamic than the ones most of us encounter on a daily basis.

William J. Donahue’s published works include the novels CRAWL ON YOUR BELLY ALL THE DAYS OF YOUR LIFE and Burn, Beautiful Soul, which won the horror category in the 2021 International Book Awards. When he’s not writing fiction, he works as a full-time magazine editor and features writer. He lives inside a small but well-guarded fortress in Pennsylvania, somewhere on the map between Philadelphia and Bethlehem.