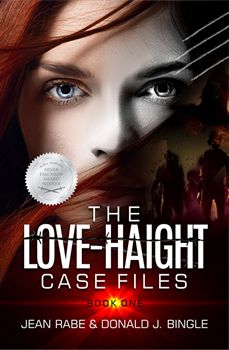 No one knows when and how the magic was reborn.

Maybe it never went away. After all, some people have always seen, experienced, and … sometimes … feared the supernatural, from pixies and faeries to werewolves, ghosts, and the walking dead. But one day—more likely night—everyone else began to see, experience, and sometimes too often fear the supernatural, too.

Maybe the quantum strings of the universe played a new musical, magical note. Maybe a blockage holding back mystical energy broke, and a trickle of magic became a torrent of paranormal power. Maybe the stars aligned and a new age dawned, like the hippies of Haight-Ashbury always promised it would.

The world has changed. Some people embrace the change. Some fear it. There are those who simply try to ignore it, while others fight against it.

But facts are facts. Other-Than-Humans (OTs) walk the earth with man and animal. They enjoy life, half-life, or un-life, as the case may be. Some work. Some laugh and love. Handfuls skulk through alleys in the night. Others fade from sight. Some eat, drink, and make mayhem, sometimes with food and drink best not described in polite company. And there are those who kill and terrorize. The unlucky among them are hunted down and captured. Some fight back. Some are arrested. 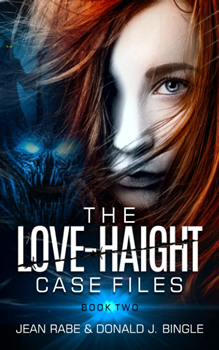 Some need lawyers, savvy souls to look after their legal and supernatural rights.

Thomas Brock and Evelyn Love are looking for such clients.

Authors Jean Rabe and Donald J. Bingle spent a few minutes with The Big Thrill discussing books one and two of the THE LOVE-HAIGHT CASE FILES:

The setting … San Francisco was coaxing us to write about it, from its 1960s vibe to present day. Then we twisted it, adding a paranormal element, including a few dead characters and a mix of malevolent and benign beasties. From the setting and the characters, the plots started rolling.

Keeping the legal action legitimate, interesting, and crucial to the story was both challenging and time-consuming. Fortunately, Donald is an attorney.

It bends and blurs genres, mixing a legal thriller with a mystery, adding a touch of romance, and sprinkling in historic bits about San Francisco. There’s also a sense of humor to it, as there is some absurdity to a ghost practicing law.

USA Today bestselling author Jean Rabe has penned more than 40 mystery, fantasy and adventure novels and more than 100 short stories. She is a recipient of the Faust Award, the grand master honor for tie-in writing, and the Illinois Author Project’s Soon To Be Famous prize. When she’s not writing, which isn’t often, she edits … two dozen anthologies and more than a hundred magazine issues. Her genre writing includes military, science fiction, fantasy, urban fantasy, mystery, horror, and modern-day action. She lives in central Illinois near train tracks that provide “music” to type by, and shares her office with three dogs and a surly parrot. She is a member of the International Thriller Writers and the International Association of Media Tie-In Writers.

Donald J. Bingle is an oft-published author in the thriller, science fiction, fantasy, horror, mystery, steampunk, romance, comedy, and memoir genres, with six other books (including Frame Shop, Net Impact, Wet Work, Flash Drive, Forced Conversion, and Greensword) and more than 50 shorter stories, primarily in DAW-themed anthologies and tie-in anthologies. Many of Don’s stories are electronically available, individually or in his Writer on Demand™ collections by genre, including “Tales of Gamers and Gaming,” “Tales of Humorous Horror,” “Tales Out of Time”, “Grim, Fair e-Tales,” “Tales of an Altered Past Powered by Romance, Horror, and Steam,” “Not-So-Heroic Fantasy,” and “Shadow Realities.” He is a member of the Science Fiction and Fantasy Writers of America, International Thriller Writers, Horror Writers of America, International Association of Media Tie-In Writers, and Origins Game Fair Library. He was also the world’s top-ranked player of classic roleplaying games for about fifteen years.