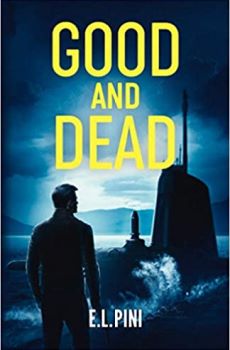 He has one option and one option only—stop the threat, or everyone will die.

Avner Ehrlich, the Mossad’s “operator,” is inserted into Tehran on a mission to eliminate Professor Hamdani, a senior Iranian nuclear scientist. His task becomes increasingly complicated, and Avner is called to abandon his mission and return to Tel Aviv. But, being Avner Ehrlich, he decides to ignore the command and stay on course.

A violent battle develops in Hamdani’s home in the center of Tehran. With Ehrlich’s gun pressed to his head, Hamdani’s son comes running in and hangs desperately on to his father. Ehrlich lowers his weapon and retreats into the darkness.

In the debriefing at Mossad headquarters, Ehrlich takes responsibility for the failed mission and is suspended from his position. However, it isn’t long before he is summoned urgently back into action, when it turns out that Hamdani is in Moscow with Colonel Rasputin, and together they have armed a stealth submarine with the “Czar’s Bomb”—the biggest nitrogen bomb in the world.

The submarine is making its way to join the Russian military fleet in Syria, but its true assignment is to bring destruction to Tel Aviv. For Ehrlich, one option remains—stop the bomb, or everyone will go to hell.

The developing of the characters’ motivation and their psychological background that enabled those motivations.

The story of Avner Ehrlich, although entirely a work of fiction, contains many elements based on my personal life experiences. Before completing a description of a fight or physical altercation, I will often get a group of ex-combat fighter friends together to play out the scene from beginning to end, and then use what I learned to enhance and fine-tune it—perhaps this is why many readers attest that the fast-paced, gripping depictions often feel as if they are watching a movie rather than reading a book.

Both in character design and plot, my books exhibit a uniquely modern take on the genre of terror and espionage thriller novels, while at the same time still appealing to lovers of veterans of the genre such as Tom Clancy, Daniel Silva, Brad Thor, Nelson DeMille, Terry Hayes, and David Morrell.

After completing three years of military service in an IDF special unit, E.L. Pini went to London, where he studied scriptwriting and took on various jobs employing his unique skill set—bodyguard, bouncer, and even getaway driver (for which he has yet to suffer consequences). He later found some success as a screenwriter for advertisements and documentaries. These days, Pini likes to spend his free time cooking, listening to operas, and rock-crawling with his modified Jeep.

The August 2021 Edition of The Big Thrill