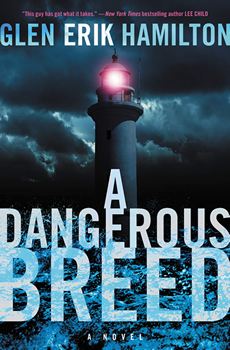 Van Shaw’s past and present collide when an ingenious blackmailer pushes him to the brink in this electrifying fifth novel in Glen Erik Hamilton’s gritty and emotionally powerful thriller series.

An invitation addressed to his long-dead mother sparks Van Shaw’s curiosity about the woman he barely knew. As he digs into young Moira Shaw’s past, he uncovers startling details about her life, including her relationship to a boy named Sean Burke—a boy Moira may have been seeing when she became pregnant. Could this Burke be the biological father who abandoned Van before he was born? Although Van knows all too well that some doors shouldn’t be opened, he decides to investigate the man—only to discover that Burke has an even darker family history than Van’s own.

But Van’s got more immediate problems. His friend Hollis is in a jam, and helping him out accidentally steers Van into the path of a master extortionist named Bilal Nath.  Nath demands that the talented thief mastermind a daring heist targeting a Seattle biotechnology firm, or the blackmailer will destroy the lives of people Van loves. Will Van be forced to steal a viral weapon with the potential to kill thousands?

With Bilal Nath coercing him into a possible act of domestic terrorism, Van turns to his formidable crew of lawbreaking friends—including Hollis, Big Will Willard, and Willard’s sly and seductive niece Elana—for help. Yet even this team may not be enough. To outwit a brilliant sociopath, Van might just need a cold-blooded killer . . . a criminal whose blood may run through his own veins.

The Big Thrill tracked down award-winning author Glen Erik Hamilton to ask him a few quick questions about his much-anticipated new thriller, A DANGEROUS BREED:

My main character Van Shaw’s parentage has always been a mystery—both to him and to me. I didn’t know who Van’s father was, or why his mother chose to keep that man’s identity a secret, before I began writing this book, the fifth in the series. I’d deliberately left my options open until I understood Van and his family better and could devise a story that surprised both of us.

The real surprise, however, was how it made me examine my assumed knowledge about my own family. How we hear something as children and fill in gaps, or leap to conclusions which might not be accurate. And while my clan’s history isn’t as fraught as Van’s, I had embedded “facts”—a portrait of middle-class strivers carving their version of the American (or Canadian) dream—that was only a slice of the truth.

This book marks a real turning point for Van, one that the events of the series up to now have been pushing him toward. Without getting into spoilers, Van has struggled with finding his purpose now that he’s out of the military. His great talent is for crime, and even for managing the violence and strife that comes with that life. He’s made some choices in past novels that cross moral lines he’d previously thought were inviolate, and those compromises have shaken him. But Van is also too compassionate to become the hardened thief that his grandfather was. In A DANGEROUS BREED, he’s coming to terms with what he’s capable of, and just as importantly, how he intends to use his skills.

I’d like to say that I’ve masterfully planned all this from the beginning, but sometimes you don’t see the full arc of a character’s growth until that arrow is in flight.

That’s a big topic, so I’ll narrow it to a few key inspirations, and also abstain from mentioning any of our ThrillerFest compatriots who are both acquaintances and admired leaders in the field, else this might just become a list of ITW founders…

John D. MacDonald, whose Travis McGee is a direct and obvious inspiration for Van Shaw scraping by on the outskirts of polite society.

Patricia Highsmith, who made me root for the antihero and wonder about the psychology behind their actions.

Robert B. Parker; I would rush to buy each new Spenser novel when it hit the shelves.

Martin Cruz Smith, who always brings the emotional punch and beautiful lyricism to his stories.

Walter Mosley, bold enough to have his characters evolve and confront their life choices with every book, spanning decades.

Lawrence Block, who can snag a reader’s interest in one sentence and hold it across multiple series and as many tones.

Dennis Lehane, who captures the attitudes and history of a community as well as anyone, ever.

And Laura Lippman, who seems to have a brand new take on the mystery genre with every book.

Hamilton’s debut novel Past Crimes won the Anthony, Macavity, and Strand Magazine Critics Awards, and was also nominated for the Edgar®, Barry, and Nero Awards. Kirkus called Past Crimes “an exciting heir to the classic detective novel.” Each of his subsequent books in the Van Shaw series have earned starred reviews from Publishers Weekly, Library Journal, and more, and been published in North America, the United Kingdom, Ireland, Australia, Turkey, the Czech Republic, and Japan.

Hamilton served as President of the Southern California chapter of Mystery Writers of America from 2018-2019 and is also a member of International Thriller Writers and Sisters in Crime. He lives near Los Angeles with his family and publicly acknowledges his addiction to Columbo.