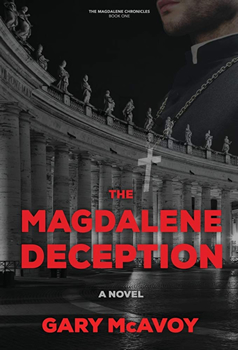 The religious thriller genre has a new and gripping tale to add to its collection: THE MAGDALENE DECEPTION by Gary McAvoy.

McAvoy is a veteran technology executive, entrepreneur, and author of And Every Word Is True, a sequel to Truman Capote’s landmark book In Cold Blood. THE MAGDALENE DECEPTION is his fiction debut, and is the first in a series called The Magdalene Chronicles.

He talks about it more in this interview for The Big Thrill:

Please tell us about THE MAGDALENE DECEPTION.

For 2,000 years, believers have relied on Christ’s Resurrection as the bedrock of Christian faith. But what if the Vatican had been blackmailed into suppressing a first-century manuscript revealing the Resurrection to be a myth—and that long-hidden document suddenly reappears?

Michael Dominic, a young Jesuit priest expert in the study of ancient writings, is assigned to the Vatican as an archivist in the Church’s legendary Secret Archives. Hana Sinclair, a reporter for a Paris newspaper whose privileged family owns a prominent Swiss bank, is chasing a story about Jewish gold stolen by the Nazis during World War II—millions of dollars in bullion that ended up in the vaults of the Vatican Bank.

When Dominic discovers a long-hidden papyrus written by Mary Magdalene—one that threatens the very foundations of Christianity—he and Hana, aided by brave Swiss Guards, try to prevent sinister forces from obtaining the manuscript, among them the feared Ustasha underground fascist movement, Interpol, and shadowy figures at the highest levels of the Vatican itself.

Based on illuminating historical facts—including the intriguing true story of Bérenger Saunière, the mysterious abbé in the French village of Rennes-le-Château; and the Cathars, fabled keepers of the Holy Grail—THE MAGDALENE DECEPTION takes readers on a gripping journey through one of the world’s most secretive institutions and the sensitive, often explosive manuscripts found in its vaults.

The extensive collection of historical documents found in the Vatican Secret Archives, the world’s greatest private library, have held my interest for decades, and I’m hoping readers will find such fascination with the virtual tour of the Archives found in the book, along with several surprises not many people know about. 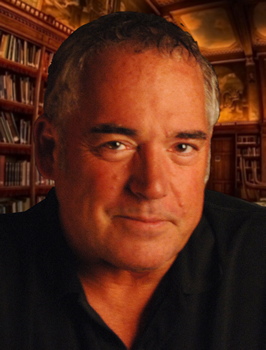 Raised Catholic, but now a lifelong agnostic, I’ve been intrigued by religion and its impact on the world. For over 1,000 years, the Vatican, as the seat of the Roman Catholic faith, has had its share of scandals, which provides ample opportunity for fictional treatments based on some measure of truth.

Much of what I report in the book may sound fictional, but most of it is based on true events and historical mysteries.

Robert Ludlum inspired me tremendously in my youth, in whose path I wish to follow. So many of his stories make you think “Wow! Could that really be true?”

And now comes the question that I always like to end our discussion with, a question that delves deep into the heart and soul of the man, the myth, the writer, Gary McAvoy. This shouldn’t hurt too much.

You find yourself walking in the woods in an ancient part of Southern France enjoying the sights and sounds, the birds and trickles of water, and suddenly you hear a whispery wind from a nearby cave entrance. Looking up you see an ethereal glow inside the cavern.

A voice calls out to you in a feathery whisper, “Gary…did you have it?”

Query: Do you investigate further? What do you see in the cave, and what is it they think you have?

Of course I investigate further! I’m curious by nature and must have answers. What I see in the cave is something beyond this world, inexplicable yet wondrous. I cannot fathom what it is, but I’m certain what I’m being asked by the whispering voice is: Do you have faith?

Gary McAvoy is a veteran technology executive, entrepreneur, and author of And Every Word Is True, a sequel to Truman Capote’s landmark book In Cold Blood. THE MAGDALENE DECEPTION is his fiction debut, and is the first in a series called The Magdalene Chronicles.