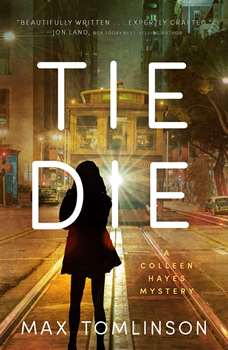 When the music stopped, it was murder.

Back in London’s swinging ’60s, Steve Cook was teen idol number one. But that changed when a 16-year-old fan was found dead in his hotel room bed. Steve’s career came to a crashing halt after he was dumped by his record company and arrested. Now, in 1978 San Francisco, Steve works construction, still dreaming of a comeback.

Until his 11-year-old daughter is kidnapped.

Steve turns to one person for help: Colleen Hayes. She was quite a fan herself, back in the day. And she knows what it’s like to be on the wrong side of the law and live in judgment for the rest of your life.

It doesn’t take Colleen long to realize something fishy is going on with the kidnapping of Melanie Cook. What transpires is a harrowing journey through a music industry rife with corruption and crime. Colleen’s search takes her through San Francisco’s underbelly and all the way to ’70s London, where she discovers a thread leading back to the death of a forgotten fan in Steve’s hotel room.

The satisfaction of being engaged in a mystery set in 1970s San Francisco.

Being immersed in the mystery/thriller/suspense genre.

A glimpse of a time now rapidly becoming history.

I have always been a fan of mystery/thriller/suspense: the moodiness, the ambivalent characters, the sense of good vs. evil in a compromised world. The sense of a modern hero in an urban environment. The dialog, twists, humor, and surprises.

A glimpse of the British music industry in the ’60s and ’70s.

Elmore Leonard for his wonderful characters, humor, and close third-person style.
Patricia Highsmith for her dark, ambivalent characters that we end up rooting for somehow despite their actions.

Cormac McCarthy, for his inventive style and creative storytelling that takes chances.

How did you come about the character of Steve Cook, the has-been rocker trying to make a comeback?

Steve is much like a British singer from the ’60s, sadly no longer with us. Think of a major garage hit: “Wild Thing.” His name is a conglomeration of two musicians from my favorite ’70s band.

The laws affecting women in the late ’70s—some considered primitive by today’s standards.

Born in the wilds of San Francisco, with its rich literary history and public transport system teeming with characters suitable for crime novels, the stage was set for Max Tomlinson to become a writer. He has published six novels to date: Sendero (listed as one of the top 100 Indie novels of 2012 by Kirkus), Who Sings to the Dead, Lethal Dispatch, The Cain File (selected by Amazon’s Kindle Scout program), and the follow-up, The Darknet File, published in March 2017. Max’s Colleen Hayes Mysteries of the ’70s debuted August 20, 2019, with Oceanview Publishing. The first book in the series is Vanishing in the Haight.