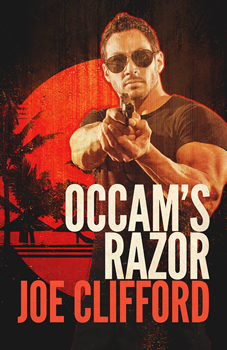 Joe Clifford knows better than most that publishing—like life sometimes—is a tough grind.

“This is interesting work,” he says, with a touch of irony. “You take one step forward, one step back, maybe a side trip to rehab…”

Clifford has certainly been on that dance before. Prior to turning his life around, he spent 10 years as a homeless heroin addict in San Francisco. Those days are long behind him, but their impact remains—Clifford uses the backdrop of his previous experience to shine a spotlight on the misunderstood and the marginalized, weaving these themes into his award-winning crime fiction.

His latest release—OCCAM’S RAZOR—was inspired by the true-life tale of former baseball player Brien Taylor, a pitcher whose awe-inspiring skill earned him a coveted spot with the New York Yankees. He was a star whose light burnt out far too soon when he injured his shoulder in a fight, while standing up for his younger brother.

“The real story is heartbreaking,” Clifford says. “One missed punch, and your entire life is gone. It made me wonder—who are you when the one thing that makes you special is taken away? This story has always haunted me…”

Clifford resurrects it now in OCCAM’S RAZOR, the story of Oz Reyes, a University of Miami football club running back and potential first-round NFL draft pick—until he blows out his ACL in a bar fight. Now, Oz works security for Ten +1, a family-owned global sports marketing company. 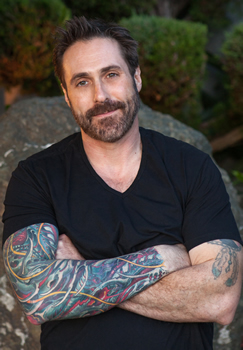 “Oz is loosely based on a friend of mine who is head of security for ESPN,” Clifford says. “He gave me all this information about the kinds of events they work.”

On the eve of one of those events—an annual awards show—Oz is summoned to Miami by his gravely ill boss, Delma Dupree. She hands him a file, swearing that it contains enough information to exonerate her adopted son, Rodney, of a horrific crime. It should be an open-and-shut case. But this is fiction, after all.

Clifford says the book’s title comes from a popular problem-solving theory he manipulates for the novel’s purpose—but to provide much more insight into that theory or how Clifford plays with it would constitute a major spoiler.

“I like to play with the tropes of our genre,” Clifford says. “I like to see what I can get away with.”

Perhaps it’s his past that allows Clifford to take these kinds of risks in his work—but there’s no question they’ve paid off. In 2013, Clifford won an Acker Award for his contributions to the art community. His short story “Stuck Between Stations” was nominated for a Pushcart Prize in 2012, and in 2015, he was nominated twice for an Anthony Award, both as an author and an editor. Three years later, he was nominated again for Best Novel in a Series as well as for editing. And earlier this year, Clifford’s page-turning thriller Rag and Bone was nominated for the ITW award for Best Hardcover.

A far cry from how Clifford thought his career trajectory might go. 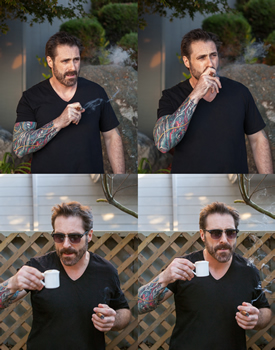 “Measuring success in this field is tough—it’s a game of tenacity,” he says. “You’re always trying to figure out if you’re good enough to keep going. I do it because I’m blessed to be in a situation where I can. I’ve been given so many breaks in this life. I’m an artist—that’s what I do.”

And what he continues to keep doing. While Clifford isn’t sure if readers will see Oz again—fans have already suggested he’d make a great series character—Clifford has moved on to other projects, including a book that might be considered part of his Jay Porter series—a true crime story about the true author of the Jay Porter novels—as well as a new standalone called The Lakehouse, a novel about a man who returns to his dead wife’s hometown to finish building their dream home. And that’s when the dead body shows up.

“I wrote the whole book in six weeks on a high-speed train while touring Italy,” he says.

If that seems fast, it is—but it’s not unusual for Clifford to be pounding away on the keyboard whenever he’s not hanging out with the family. He may not have started out a writer—and his path to publication may have taken a twisty turn—but it’s who he is now, and he’s in it for the long haul.

“The work is the one thing we can control,” he says. “We can’t control if we’re liked or if we get published…we can just control the work.” 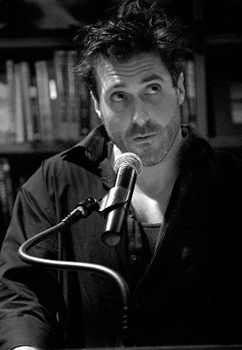 For Clifford, writing keeps him grounded—replacing his past destructive behaviors with something that keeps him focused, centered…and busy. Clifford admits that while much of the world has shut down in the wake of the pandemic, he’s moving forward, several projects at a time.

“I’ve probably had the best three months of my professional life,” he says. “With everything kind of frozen, it almost leveled the playing field in a way, made it easier to compete.”

Not that he’d ever take that for granted.

“It’s an addict thing, an artist thing, but I think there’s always going to be some kind of imposter syndrome hanging around,” he says. “But I’m going to keep moving forward because I can’t do nine-to-five. It’s either this or…”

Thankfully, there’s no need to finish the sentence—Clifford is clearly playing the long game.