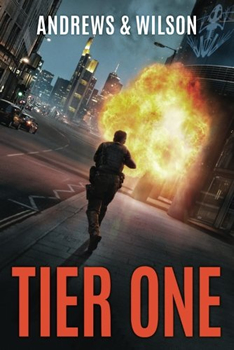 Since Leo Tolstoy’s epic War & Peace was published in 1867, military novels have become a major sub-genre, their stories exploring warfare of the past, the present, and the futures of our fertile imaginations. A whole legion of authors has followed in Tolstoy’s bootsteps, among them long-standing industry giants such as Vince Flynn, Tom Clancy, and Mark Greany.

But the real world has a habit of eclipsing what we once thought possible, and now, more than 150 years after Tolstoy’s book was published, drones patrol the skies, soldiers wear smart armor, and warfare has become more technologically advanced than ever.

As the landscape of the modern battlefield continues to evolve, so too has the face of the war novel—and many of the genre’s rising stars find themselves faced with new marching orders. Today’s military thrillers are less about soldiers in hand-to-gun combat than military heroes—of a sort—tackling issues of counter terrorism, espionage, and geopolitics, often at arm’s length.

“Since the earliest days of warfare, military strategists have been dreaming up and trying to implement better and better arm’s length weaponry,” say Brian Andrews and Jeffrey Wilson, co-authors of the Tier One thriller series, with the latest, AMERICAN OPERATOR, set for release next month. “The bow and arrow being an early and dramatic example of ‘how do I strike my enemy’s soldiers without them being able to hit mine?’ Remote Controlled Aircraft (RPAs) are the present-day incarnation of the arrow.”

Unlike an arrow, however, assets like the MQ-1 Predator, for example, are equipped with a suite of highly advanced imagery and signals collection technology — the kind of gadgetry once thought to be the stuff of science fiction.

Anne Tibbets, who writes military sci-fi under the pen name Addison Gunn, can attest that not only are some of these technologies real, but they’re largely unknown to the general public, making them all that more fantastical to readers.

“A lot of the weaponry civilians assume is science fiction — the railgun and gecko gloves, for example — is technology that already exists,” she says. “They may not be standard issue, but given another decade or two, the navy could be equipped with projectile weaponry, and ground assaults via scaling glass buildings isn’t just a possibility in the movies.” 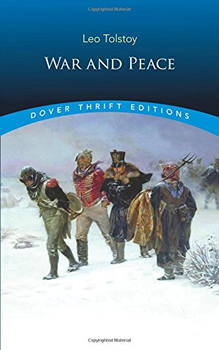 The types of missions carried out using this technology or by RPAs are likely more difficult, dangerous, and problematic than if tasked to a manned aircraft or soldier — in fact, most missions wouldn’t be completed at all because the risk wouldn’t justify the op — but while autonomous drone warfare is today’s hot topic, it’s important to remember that these RPAs are not robots killing humans.

“They are controlled by human pilots,” say Andrews and Wilson. “And the kill decisions are made by humans. But because the decision is made by a nameless, faceless person in a bunker on the other side of the world, the visceral component feels lost.”

That presents both opportunity and challenge for authors of military fiction.

“The decision to use ‘arm’s length technology’ to monitor, infiltrate, and strike against antagonistic targets/infrastructure impacts military fiction dramatically in both plot and character development,“ say Andrews and Wilson. “The key technologies can either empower and aid character, or contribute to a sense of powerlessness, confusion, and vulnerability.” 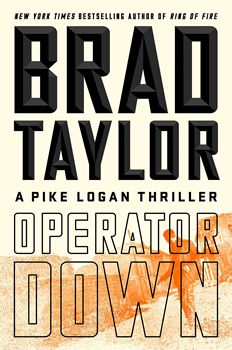 The key word there is character. And for all that has changed about how military fiction is written and read, one thing that remains constant is the need for a single protagonist the reader can cheer on. It’s obviously a fundamental element of all fiction, but for authors of this particular sub-genre, it can feel the least authentic element of the story.

“It’s not realistic to cover one hero,” say Andrews and Wilson. “In the real world, there isn’t a James Bond guy. But it’s hard to tell a story about a group of people.”

Brad Taylor, author of more than a dozen military thrillers, concurs, noting that while the technology has changed and the battlefield has evolved, the heart of a military thriller — or any thriller for that matter — has not.

“A computer can infect a system, but until a human is threatened, who really cares?” he says. “Who wants to read about a character losing money on the stock exchange? Answer: no one.”

So who are these fictional military men and—as of late—women marching into the line of fire? Certainly not superhuman or omniscient, despite the fact that oftentimes, the presence of a uniform gives off a “magic cloak” impression, in which the person wearing it is impervious to danger and is always right. 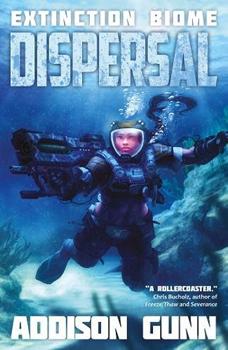 “Too often in fiction, there is some guy who, if only those bureaucrats would get off his back, would take a drill to someone’s knee to find the ticking time bomb, because he’s sure, damn it. Combat is not like that,” says Taylor. “You make decisions, and you live with the outcome. Hopefully those decisions are correct, but sometimes they aren’t. In fiction, the decisions are always correct, and the hero is proven right. That’s not what happens in the real world. I try to capture that on the page.”

What is real, say Andrews and Wilson, is like the many men and women who have served in real life, military fiction heroes are patriotic. They are a brotherhood that would die for a friend. They are those that answer the call. “No matter what their flaws and frailties, they raise their hand again and again, and go into harm’s way for others, because they have a heart of service and sacrifice.”

Characters more true to real life aren’t the only shift in authenticity authors have seen in recent years. Topical issues — such as gender equality, increased politics within the military, the re-emergence of authoritarian leaders and thinly veiled dictatorships around the world, and an ever-pervasive observance of stereotypes and appropriation have infiltrated fiction’s alternate reality.

This all being said, realism in action can be a pace and plot killer. The often day-in day-out mundane routine of military personnel — training, maintenance, briefings and waiting for food — are the realities of service that don’t make it into books.

A tricky balance in the quest for authenticity, especially for the new writers of the genre, who, unlike their predecessors, have served in the military and bring to their stories a boots-on-the-ground perspective that balances real life experience with the characteristics that make for compelling reading. As Taylor points out, “A hero is a hero, regardless of background.”

“Today’s audiences of military thrillers, be they fiction or science fiction, want heroes that can comprehend complex military strategies, combat the varies aspects of guerilla and asymmetrical warfare, and can understand both sides of the battlefield,” says Tibbets. “Good guys don’t only wear white hats and the bad guys aren’t only in black. A modern military hero floats in the nebulous gray area of good and evil, and often exhibits not just the physical wear and tear of continuous battle, but the mental strain as well.”

Between the Lines: Wendy Tyson