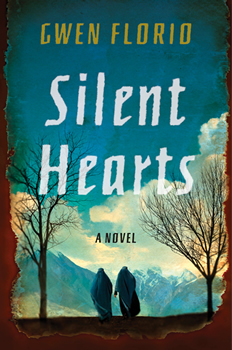 In 2001, Kabul is suddenly a place of possibility as people fling off years of repressive Taliban rule. This hopeful chaos brings together American aid worker Liv Stoellner and Farida Basra, an educated Pakistani woman still adjusting to her arranged marriage to Gul, the son of an Afghan strongman whose family spent years of exile in Pakistan before returning to Kabul.

Both Liv and her husband take positions at an NGO that helps Afghan women recover from the Taliban years. They see the move as a reboot—Martin for his moribund academic career, Liv for their marriage. But for Farida and Gul, the move to Kabul is fraught, severing all ties with Farida’s family and her former world, and forcing Gul to confront a chapter in his life he’s desperately tried to erase.

The two women, brought together by Farida’s work as an interpreter, form a nascent friendship based on their growing mutual love for Afghanistan, though Liv remains unaware that Farida is reporting information about the Americans’ activities to Gul’s family, who have ties to the black market.

As the bond between Farida and Liv deepens, war-scarred Kabul acts in different ways upon them, as well as their husbands. SILENT HEARTS is an absorbing, complex portrayal of two very different but equally resilient women caught in the conflict of a war that will test them in ways they never imagined.

I hope people will gain a deeper understanding of Afghanistan and the nuances of the situation there, and especially of its people. I want people to know more about the women of Afghanistan, not only their terrible struggles, but their quiet, impressive triumphs. More than anything, I want to move the view of Afghanistan and its people beyond cartoonish stereotypes.

By viewing the people behind the suspense, and the very real toll that the violence in Afghanistan takes on them, I hope it moves the conversation deeper than the us-vs.-them view of things.

That I would make a terrible terrorist! Arranging a plausible scenario is just as difficult as pulling off a murder that’s not so obvious as to finger the perp right away, nor so mysterious as to be completely baffling.

You’ll learn that the food of Afghanistan is delicious, so much so that you’ll want to find your nearest Afghan restaurant (good luck with that; although Indian is a close cousin), or even look up recipes so that you can cook some yourself.

Cormac McCarthy and Annie Proulx for their tough, gorgeous prose and their harsh rural settings.

Alice Munro for the understated dread in her stories.

So many more, but that’s a start! 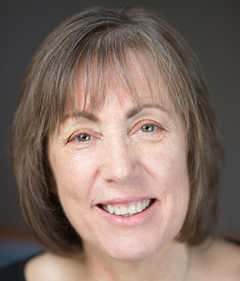 Award-winning journalist Gwen Florio has covered stories ranging from the shooting at Columbine High School to the glitz of the Miss America pageant and the more practical Miss Navajo contest, whose participants slaughter and cook a sheep. She’s reported from Afghanistan, Iraq and Somalia, as well as Lost Springs, Wyoming (population three). She turned to fiction in 2013 with the publication of her first novel, Montana, which won the Pinckley Prize for Debut Crime Fiction and a High Plains Book Award. Under the Shadows (Midnight Ink, March 2018) is the fifth novel in the Lola Wicks series, termed “gutsy” by the New York Times. A standalone novel, SILENT HEARTS(Atria, July 2018), is set in Afghanistan. She’s the city editor of the Missoulian newspaper in Missoula, Montana, where she lives with her partner, Scott, and an exuberant, manuscript-chewing bird dog named Nell.