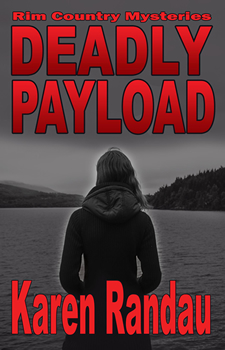 Dead birds raining from the sky. Poison in the water supply. Spies on the back porch.

A lifeless crow shatters the windshield as Rita Avery, her daughter-in-law, and her granddaughter arrive at Arizona’s Rim Vista Park. Rita dodges bird carcasses on the road home, where she finds her husband Cliff and son Travis gravely ill from a mysterious pathogen with no cure.

The CDC assembles a team to create a cure, but Rita doubts it will arrive in time to rescue Cliff, Travis, and dozens of her friends and neighbors.

In a race to save her family, her community, and potentially thousands more Americans, Rita launches her own investigation. She partners with a certified herbalist and a homeless war veteran dubbed Crazy Mary.

But the more clues Rita uncovers, the deeper she finds herself in the middle of a ruthless plot that could unleash a wide-ranging American disaster. And the culprits aim to stop her at any cost.

Before it’s too late for her loved ones, Rita must thwart the next attack on innocent civilians.

Everyday people can overcome their fears and insecurities to achieve extraordinary things. Rita did, and she saved her family, her community, and thousands of other lives in the process.

It’s a story about a strong female protagonist using her brain, computer skills, and tenacity to overcome overwhelming problems. It introduces the idea that our nation’s water and crops are not as safe as we all assume, and the people who want to do us harm might be your neighbors.

Rita Avery takes us on a tour of the rugged Arizona high country as she unravels the mystery of who poisoned the water.

I admire Jenny Milchman’s work and tenacity and have read all of her novels to get insight into character development. I also read a lot of Hank Phillipi Ryan’s work because I like her plotting and dialogue. 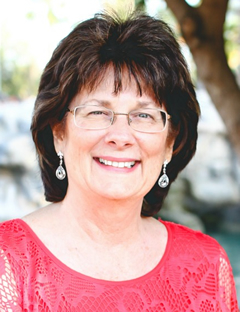 Karen Randau started writing as a way of life as soon as a teacher taught her to print Run Spot Run. She received a degree in journalism/public relations from the University of Texas at Austin, and had a career that spanned the industries of high tech, mental health, and nearly three decades at Food for the Hungry. Later, a seed of an idea turned into her debut novel, Deadly Deceit, the first in the Rim Country Mystery series, published in June 2016. The series now also includes Deadly Inheritance (January 2017), Deadly Choices (July 2017), and Deadly Payload (July 2018).